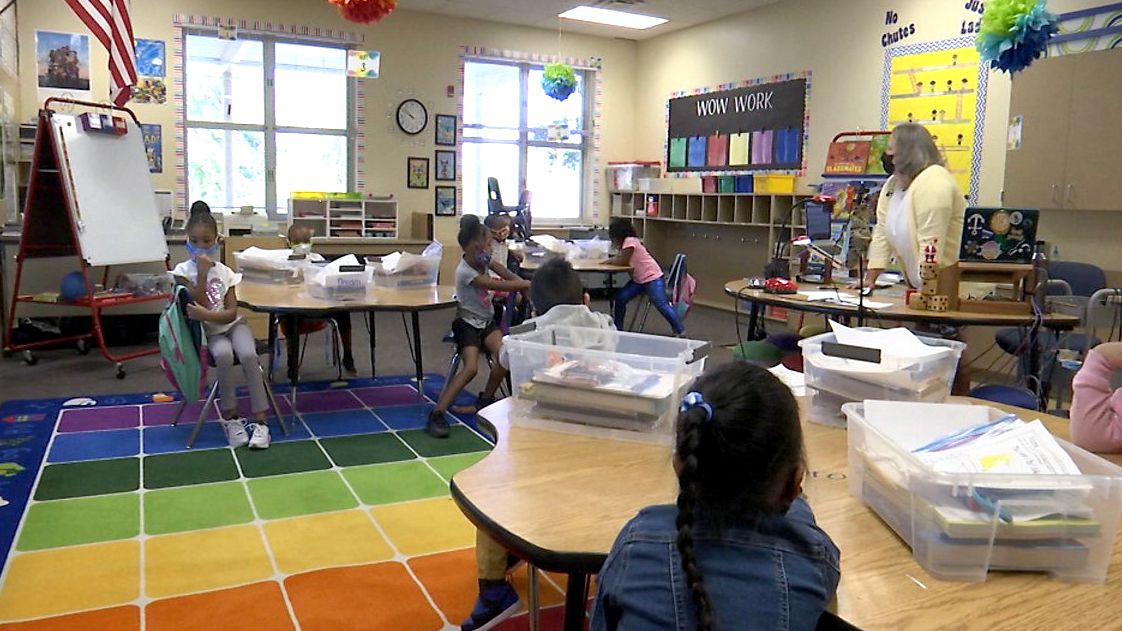 ORLANDO, Fla. — On Monday a judge in Tallahassee will hear arguments in a lawsuit against Gov. DeSantis' executive order to stop school district mask mandates.

On that same day, Orange County's school board will meet in an executive session to discuss the executive order, the district's own mask mandate, and what comes next.

Parents are suing the state over the executive order. DeSantis says the order protects parents' right to decide whether their children should have to wear a mask in school, inaccordance with the state's newly-signed Parents' Bill of Rights law.

The parents suing say the order also endangers children who have health issues.

At a four-hour meeting Thursday evening, Orange County Public Schools Chairperson Teresa Jacobs disagreed with DeSantis, and said she felt the ban on mask mandates in schools was wrong.

"I feel very strongly that rule is in direct violation with the parents' bill of rights and that the state agencies have no authority, no authority whatsoever, to go outside the language in the statute," Jacobs said.

OCPS has a mask mandate, but allows students to opt out with parent permission. The district says about 7% of students have done so.

Still, the district continues to see rising COVID-19 case numbers. According to the OCPS dashboard, there are 1,491 cases between students and staff. There are also 1,140 students and staff in active quarantine.

OCPS' mandate is in keeping with the state's executive order because of the opt-out. However, five other counties in Florida have chosen to defy the executive order.

In Palm Beach, Miami-Dade, Hillsborough, Broward and Alachua counties, students must wear facial coverings unless they get a doctor's note.

There have been growing calls for OCPS, which is one of the largest school districts in the state and the country, to join those counties.

Right now, the school district has no official plans, according to the district's chief communications officer, Scott Howat. However, the board will be able to take action once any legal hurdles are cleared.

"They are going to follow the data and making sure that what's happening in the data, they're reacting to it," Howat said.

District officials suggested that after Monday's meeting, the issue could be added to next Tuesday's regular school board meeting agenda.

Meanwhile, a three-day hearing the lawsuit over the executive order is scheduled to start Monday at 9:30 a.m. in Tallahassee.