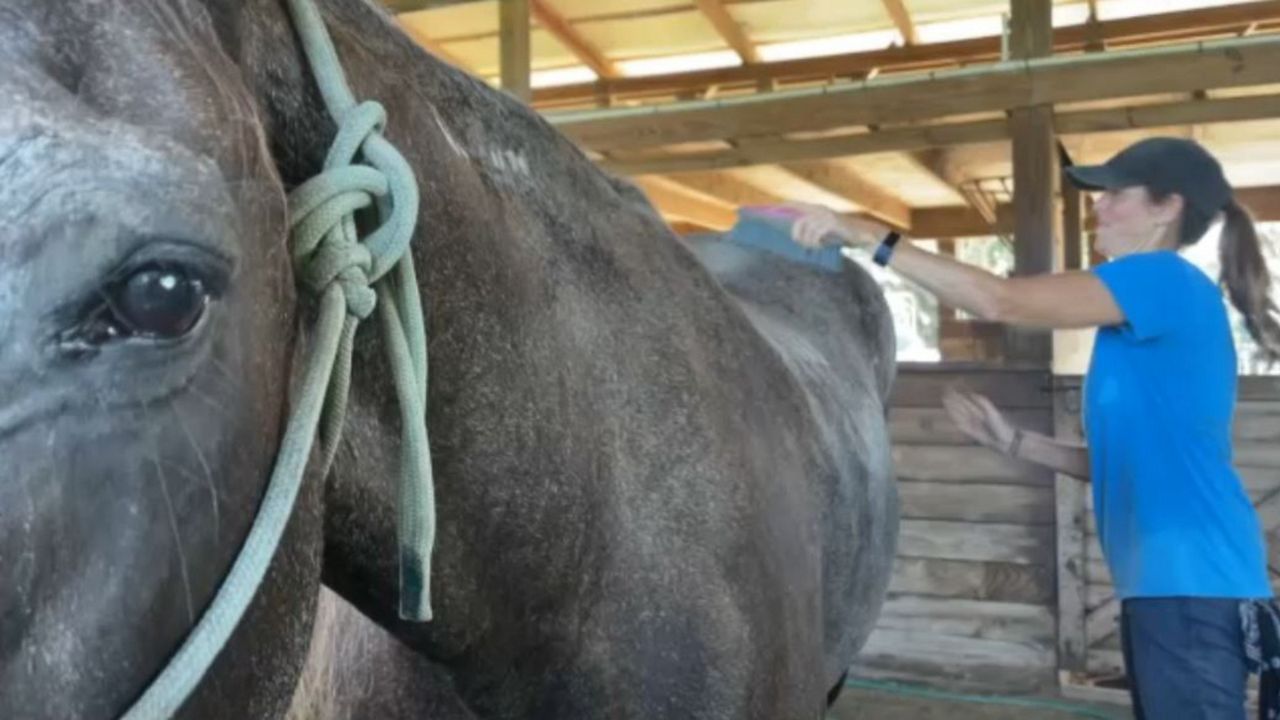 At the Wild Horse Rescue Center in Webster, injured and malnourished horses from around the United States are restored to health. (Spectrum News)

Florida on a Tankful: Rescue center in Webster rehabs horses

WEBSTER, Fla. — With each gentle stroke of the volunteers’ brushes, horses at the Wild Horse Rescue Center are not only pampered, they're restored.

That mission has grown over the years, thanks to one woman, Diane Delano, the owner of the Wild Horse Rescue Center.

Her nonprofit is dedicated to rehabbing mustangs with a variety of injuries that come in from around the United States.

“I had to wrap this one, his hoof,” Delano said. “You can see the blood that was coming out."

Many mustangs even come to her severely abused and malnourished.

“You can see how skinny he is,” Delano said. “His backbone is sucked in.”

Even with all of the hurt she sees, she persists.

“A horse can forgive, but they never forget," Delano said.

And with each bale of hay and horse fed, the rehab continues until she can see the horses adopted and placed with loving owners.

“If you look into the eyes of these horses as they became healthy, there was life back in them,” Delano said. “It's really no different than people.”

​The Wild Horse Rescue Center is open for tours, and starting in the fall, it will host events that will allow visitors to interact with the horses.

It costs hundreds of thousands of dollars a year to heal the horses and keep them on the property so donations by visitors are welcome and appreciated.