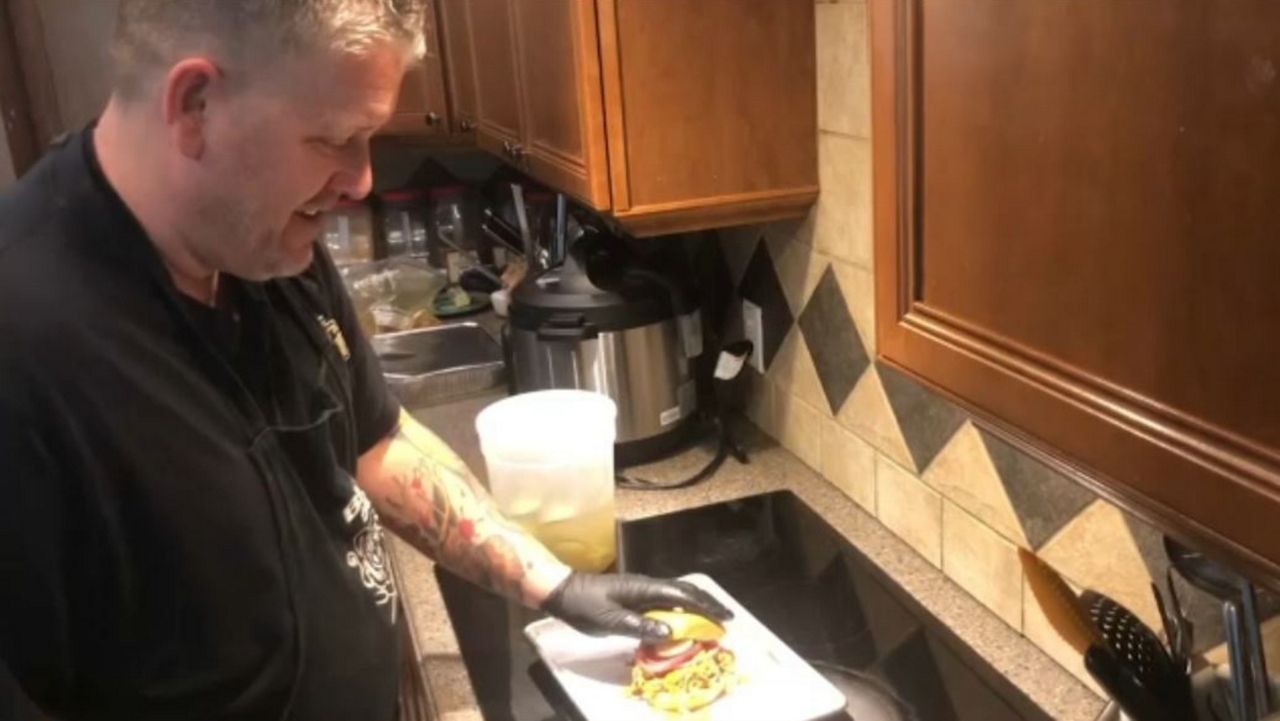 While Dan Ashby has been waiting for The Marketplace at Avalon to open in mid-September, he has been running BBQ 50 as a takeout operation. (Spectrum News)

The food hall-style dining concept called Marketplace at Avalon Park, expected to open in mid-September, will feature about a dozen local food and product vendors, Bowigens Brewery and a general store.


“We’re just glad to have the opportunity to serve our people,” BBQ 50 owner Dan Ashby said.

Ashby has been working for years to open a storefront location. His dream almost became a reality last year, but the coronavirus delayed the opening of the marketplace. That put his dream on hold.

“It was tough to answer the phone April and May because I knew if it was a number I didn’t recognize, it was someone canceling,” says Ashby, reflecting on the months immediately following the initial outbreak of the COVID-19 virus in Florida

Ashby is prepared to pivot to takeout if the delta variant leads to business closures again, but he says he’s optimistic that won’t happen. At this point, there’s also been no indication from state or local leaders that would happen.

For now, Ashby is putting the final touches on his recipes and his cooking space in the market.

Aside from the dining options, the Marketplace at Avalon Park website says it will feature a commissary kitchen, cooking classes and local musicians for entertainment. The general store will feature household items from local makers, fine wines and items the owners say will make great gifts for loved ones.

The market is located on the ground floor of a new building at 3801 Avalon Park E Blvd. Keep your eyes on BBQ 50's website and Facebook page for updates on the grand opening.