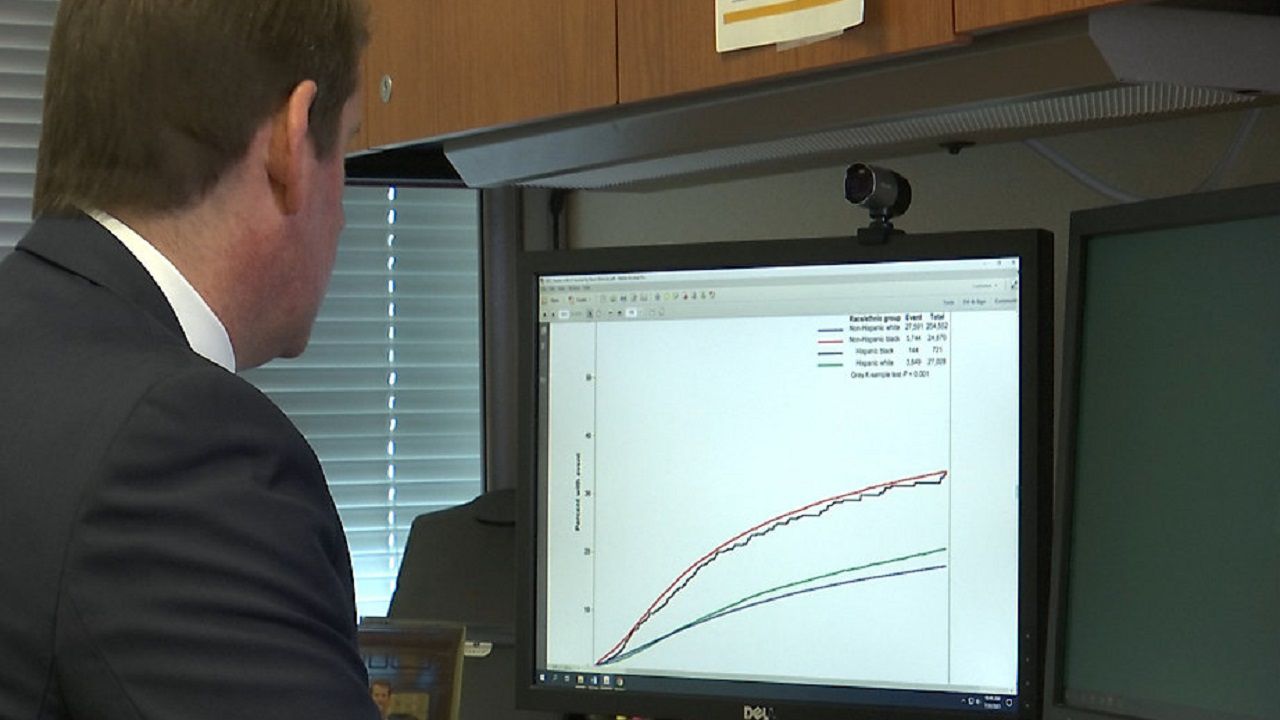 A new study from researchers at the UCF College of Medicine find African American women are twice as likely to die from breast cancer. (Spectrum News image)

ORLANDO, Fla. — One in eight women will get breast cancer in her life, according to the Centers for Disease Control.

And while more breast cancer awareness has been brought to light in recent years leading more women to get screening and treatment, a new study from UCF's College of Medicine found that that African American women in Florida are twice as likely to die from breast cancer compared to other women.

It's a concerning trend that one breast cancer survivor is hoping can help push more women to get screened.

“To be honest, I never even thought I would have breast cancer. It did not run in my family,” said Dr. Pam Powell, a two-time breast cancer survivor.

Orlando native Pam Powell said she didn’t used to always get her mammograms annually, never expecting to be diagnosed with breast cancer. But in 2009, when she found what she thought was a pimple under her arm, she went to the doctor.

“He said it looks like a hair follicle, we’re going to treat that for inflammation but get your mammogram," Powell said.  "I went the next week, got that mammogram, went from room to room. I knew then something was wrong and I found out I had an invasive breast cancer and I would probably die in three months."

Powell put on her boxing gloves quite literally and fought, working hard to beat breast cancer. Then, when the pandemic hit, she put off her regular mammogram appointment. But months later, she said she found herself back in the doctor’s office with cancer again. Only this time, in a different breast.

“I was late because the pandemic made me afraid to get my mammogram,” Powell said.

Not all women are as fortunate.

Dr. Hines has spent his career studying disparities in cancer among different population groups. He said he expected to see some disparity but was surprised to see such a large difference in health outcomes for different women.

Considerable efforts have been made over the years to reduce this disparity, Hines said, but there's still a long way to go.

“We need to look at ways to mitigate these disparities and ultimately eliminate them. And that includes policy, healthcare policy from the state level,” Hines said.

Education about screenings and prevention is needed too, as well as more resources for women on what to do if you are diagnosed with breast cancer.

Powell said mammograms saved her life twice, and she wants to see more women getting their screenings done so they have the best chance for a positive outcome.

“So ladies, no matter what your complexion may be, go out there, get your mammogram, do what you need to do so we can win,” Powell said.

For more information about local resources for cancer in Florida, you can visit the American Cancer Society on their website at cancer.org or at  https://www.cancer.org/about-us/local/florida.html or by calling 800-227-2345 for questions about screenings, breast cancer or resources.

Florida also participates in the Breast and Cervical Cancer Early Detection Program https://www.cdc.gov/cancer/nbccedp/index.htm which is funded by the CDC. It can help provide mammography at free or low-cost to women.