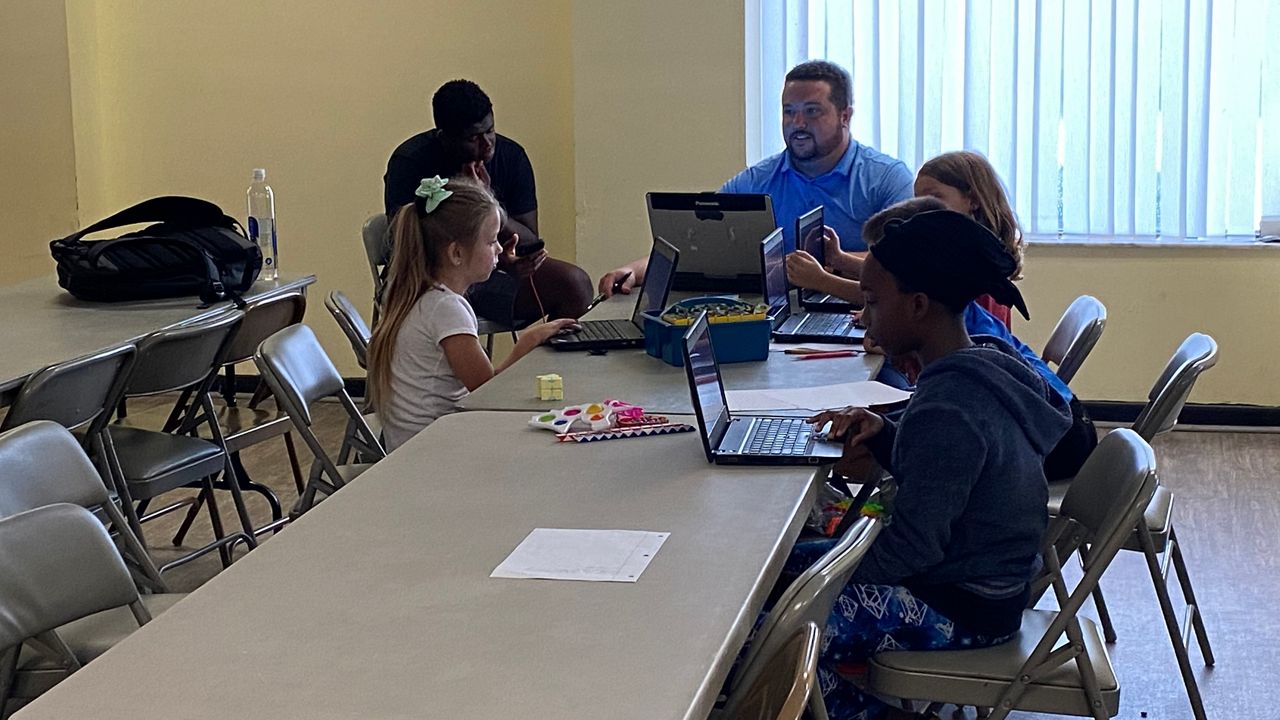 TITUSVILLE, Fla. — With the logistical difficulties in education brought about by the pandemic, many students have struggled to keep up and may not be where they should be heading into the new school year, which starts next week in Brevard County.

That’s where a unique summer camp in Titusville stepped in.

“We were able to register 25 students here. We didn’t want the classes too large because as it is, the students, we felt, needed more individualized attention to make sure they worked on those things that they had lost some skills in over the last year, due to the pandemic,” said Bill Gary.

Gary, the president of the Harry T. and Harriette V. Moore Cultural Complex Board of Directors, said the Summer Academic Enrichment Camp was able to come about thanks in large part due to the anonymous donation by a former Titusville resident.

They decided that following the success of a similar, but smaller academic summer program the previous summer in Mims, they would expand that concept in Titusville and reach out to the elementary schools to do so.

Students like rising second grader Tyler Teachout said they were grateful for the chance to focus more on some of the courses where they fell behind.

They partnered with Brevard County Schools to help register the students, and the Life Center Academy, which provided the facilities for the program.

“Programs like this are so important to help make up that COVID slide,” said Brantley Bostick, one of the three teachers hired for the summer camp. “To bridge the gap and to make sure everyone’s caught up."

But a summer camp of traditional learning wasn’t all that was on the agenda for the kids. Every Friday, they were able to learn in non-traditional ways, and with unique guests.

One week, they got a visit from the National Technical Association Model Rocket Club and got a demonstration of launching model rockets. Another week, members of the Titusville Police Department taught the students about their jobs and gave them a lesson on bicycle and school safety.

They also let the kids try on some of thee SWAT body armor.

“It’s actually about the kids and the teachers and how fun they are and they just make this camp fun,” said rising fifth grader Briya Patel near the end of the camp.

The camp was capped off by a graduation ceremony attended by Brevard County Schools Superintendent Dr. Mark Mullins and District 1 Board Member Misty Belford.

Both teachers and students alike said this course was invaluable and it may be replicated next year.

“Things like this program are going to be so important for not just this summer, but for the next couple of years,” Bostick said.