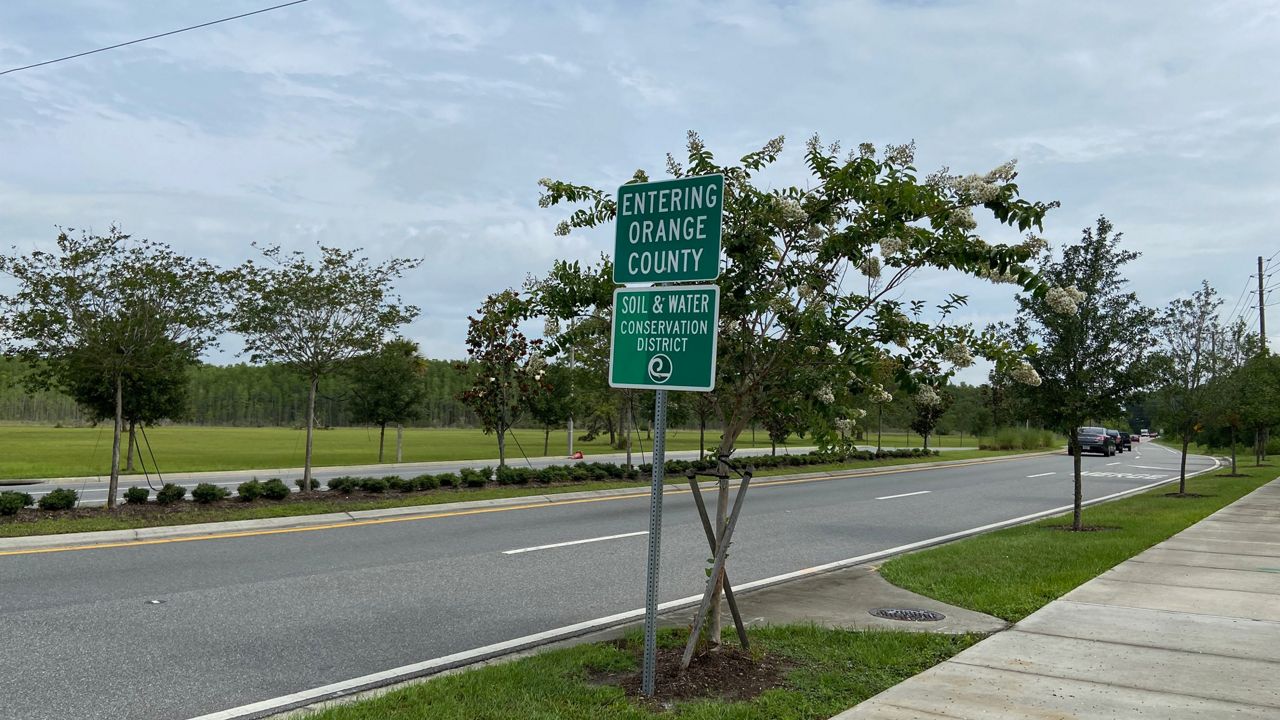 Chris Crane wants to know why it's taking so long to widen Orange Avenue near the Orange-Osceola county line. (Spectrum News/Jerry Hume)

ORLANDO, Fla. — A segment of Orange Avenue between Orange and Osceola counties is causing slowdowns and headaches.

Chris Crane wrote into Traffic Inbox to ask us what’s holding up improvements on Orange Avenue between Florida’s Turnpike's overpass bridge and the Osceola County line.

Crane says when he drives to and from work that narrow, two-way windy spot causes congestion and can be dangerous when drivers merge.

“(Drivers) just cut over at the last second and you got to hit the brakes and worry about somebody behind you hitting the brakes, it's just aggravating," he said.

Orange County spokesperson Despina McLaughlin says they’re actively looking to widen Orange Avenue a half a mile from the Osceola County line to the Turnpike bridge.

But acquiring funding, building through wetlands and working with a private partner all take time.

“Please bear in mind that a typical roadway project takes seven to eight years from study to completion,” McLaughlin said. “However, the county will work closely with its private partner to complete the project as soon as possible.”

Orange County’s private partner is the Deerfield Land Corporation. Owned by Tupperware, its goal is to further develop the area and with it, widen Orange Avenue. It has deeded over additional right-of-way to accommodate the expansion from two lanes to four, and last year it completed a feasibility study for widening.

“Somebody needs to bite the bullet and do the work," Crane said.

Right now the county says the project is partially funded. A timeline hasn’t been released.

If you have a traffic trouble spot, go to mynews13.com/trafficinbox or use the Spectrum News App to send us a message.