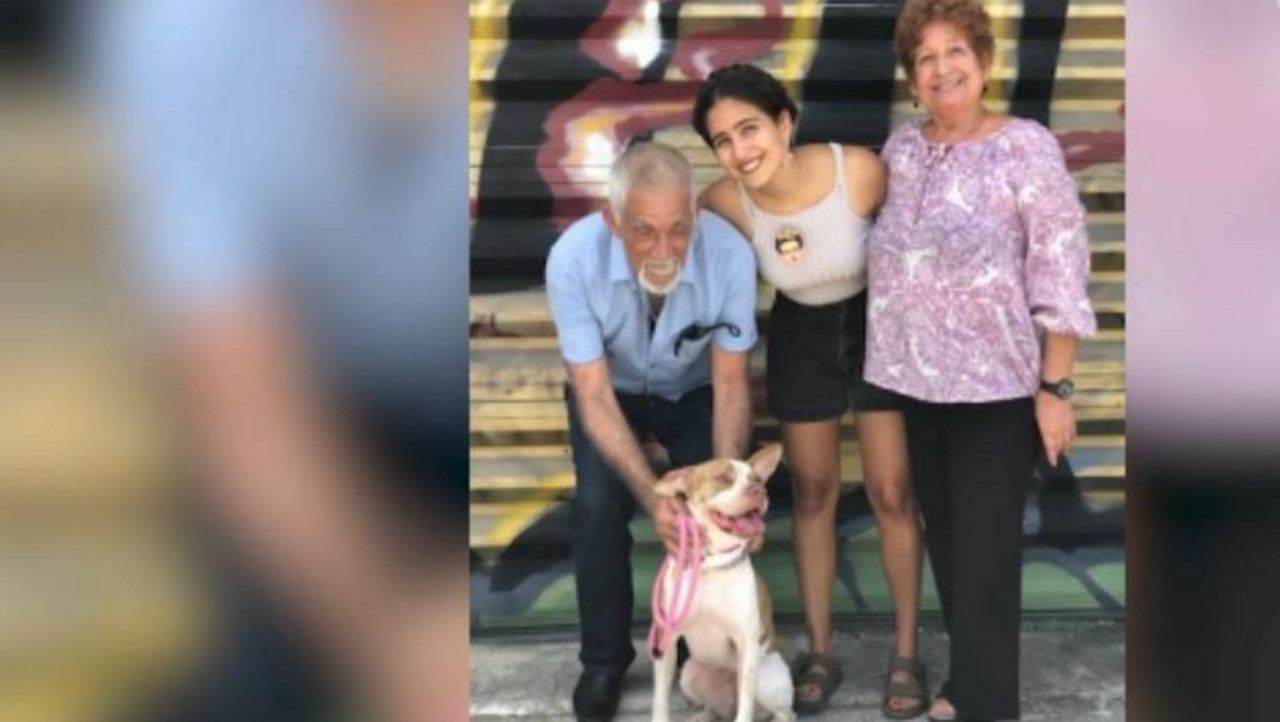 Gemeny Hernandez, who is working to ensure that people in Cuba have data and prepaid minutes on their phones, says she wants to witness a free Cuba in her grandfather’s lifetime. (Courtesy of Gemeny Hernandez)

OSCEOLA COUNTY, Fla. — One young woman wants to make sure Cubans know that they're not fighting alone.

Gemeny Hernandez is trying to connect Cuba with the rest of the world, by topping off people’s cell phones with prepaid minutes and data. For the average Cuban, those are luxuries they can’t afford.

“The people who are sharing the real stories, who have proof of what is going on in the ground… Videos and images they're not able to send out,” Hernandez said.

Hernandez, whose grandfather fought against Batista and against the Castro regime in Cuba, is collecting donations to help pay for the internet access and phone minutes. People from all over the world have pitched in, and they’ve already "recharged" more than 1,300 phones on the island.

“We’re just trying to bridge that gap in communications," Hernandez said. "We're trying to help them, help each other and let them know that we’re out here supporting them.”

Hernandez is working with an American-based company to directly credit Cubans’ phones with 500 CUP (Cuban pesos), two gigabytes of data and a bonus of 50 minutes.

To have someone’s phone in Cuba recharged, reach out to RechargingCuba@gmail.com.