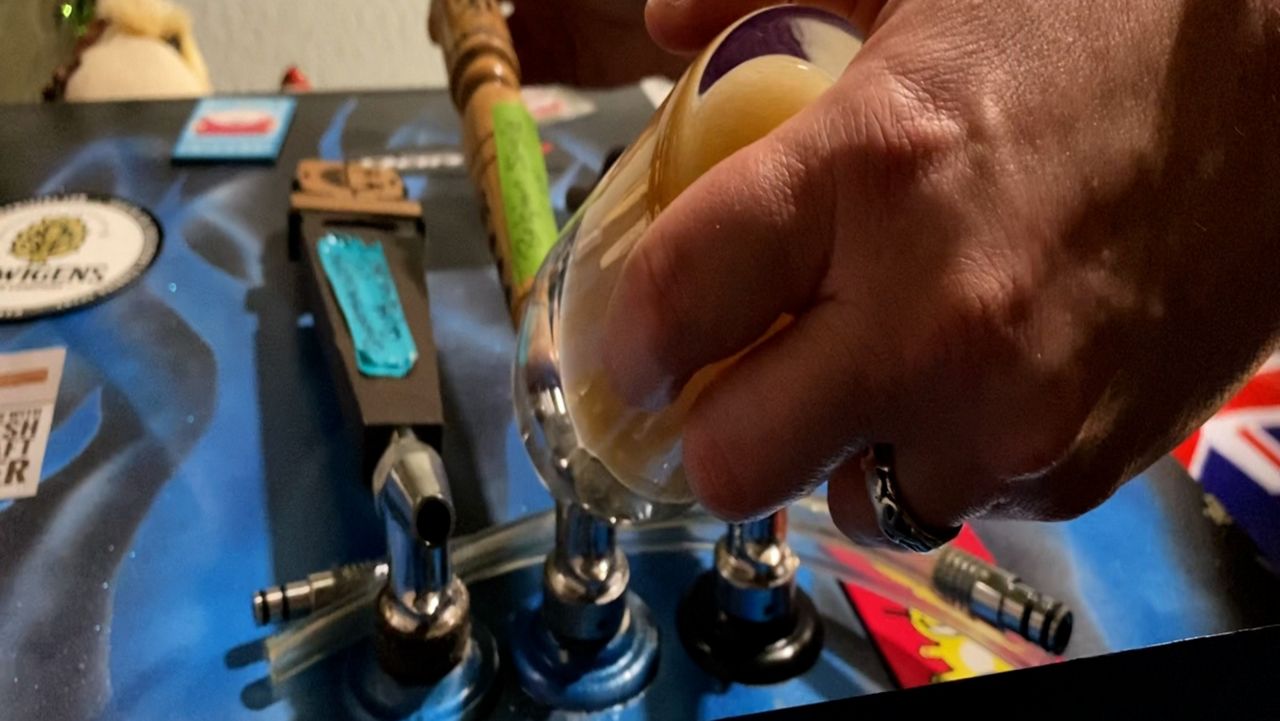 Expanding the places where breweries can be located in Titusville will increase the number of places people can go and could draw visitors back to the city in the future, city leaders say. (Spectrum News/Will Robinson-Smith)

TITUSVILLE, Fla. — Visitors to the City of Titusville seeking a pint of local beer today will find only one brewer in town with a pair of locations.

An updated city ordinance approved Tuesday night could change that, offering optimism for some home brewers in northern Brevard County.


“For me, it probably started about seven years ago. Just always liked craft beer, and back then, it wasn’t as prevalent as it is now,” Nikki Corning said.

She and her husband, Scott, took their love of beer and crafted it into a budding business they decided to call Hydrosaurus Brewing. The name was inspired by Scott’s love of breeding rare, yet harmless, reptiles, something he’s been doing for the past 30 years.

The logo and name come from his favorite species, the Sailfin Dragon, which has the scientific name Hydrosaurus pustulatus.

The couple from Mims worked for the past couple of years trying to find a place to bring their brewing operations to a full brick-and-mortar shop but found it difficult. They had help from Lisa Earnhardt, an associate with Rocket City Real Estate.

She said the city has needed to upgrade its ordinance for some time to benefit all of the people moving to the area.

“When people come from California and Texas, relocating in aerospace, they also want places to go, and we are starting to see that,” Earnhardt said.

Ordinance No. 15-2021, approved Tuesday night, expands the zoning areas where a brewery could exist. It expands to zoning with the designations of Tourist, Community Commercial, Downtown Mixed Use, Shoreline Mixed Use, Regional Mixed Use and Urban Village. The ordinance also allows for conditional use if a brewpub is located within 100 feet of property zoned residential.

“Otherwise, the brewpub use shall be permitted as a limited use,” it says.

“So, there’s a big interest in redevelopment, and I think part of that is, 'what other businesses can I include as part of that?' And one of them is being a brewpub,” Parrish said.

Building out the network of breweries in town would also create more potential to maximize the value of the biking and walking trails that highlight some of the city’s landscape, he added.

“The state has paved a new trail that ends into Main Street, and it’s one portion of a trail that will include the ability for someone to be able to ride their bike all the way to St. Petersburg,” Parrish said. “We’ll have another trail going east toward Merritt Island Refuge and then another one going south that you can, long-term plan, ultimately ride your bike all the way down to Key West.”