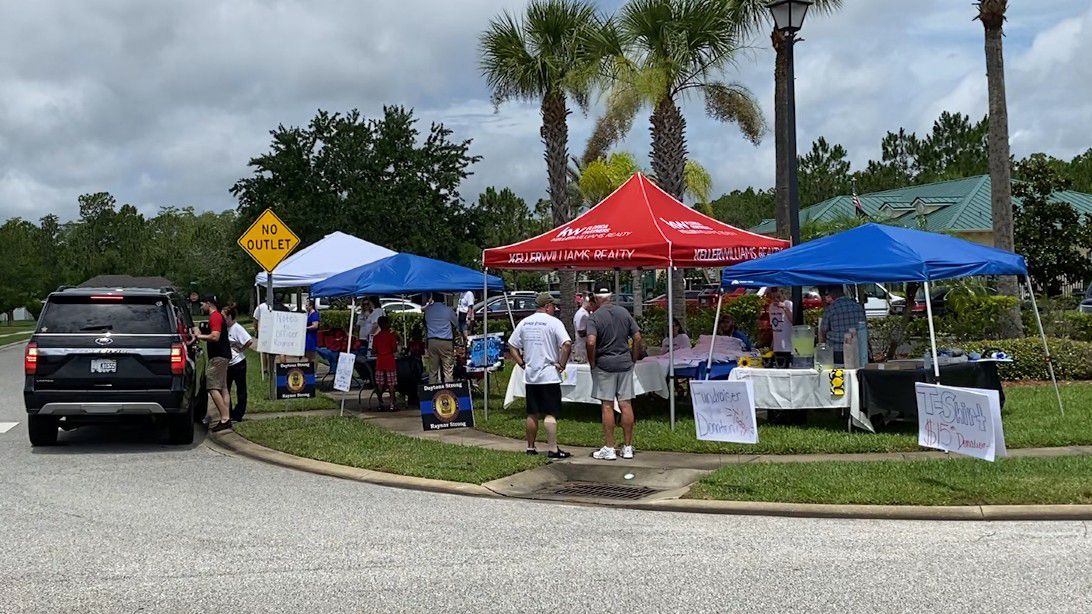 On the 4th of July, a community continued to come together for Daytona Beach Police Officer Jason Raynor, who was on June 23 in the line of duty.

He remains in critical condition.

Spectrum News 13 first told you about a about a lemonade stand raising money for the officer. That was back on June 27.

Well, it was so successful that organizers planned another one on Independence Day.

“It completely blew me away. I was hoping to raise $400-$500 dollars. When were able to start counting, it was pretty cool,” organizer Keslie Owens said.

Sunday they collected more than $2600.

In addition to lemonade, the organizers sold shirts emblazoned with “ “Daytona Strong-Raynor Strong”.

A community coming together for a fundraiser to show support for Daytona Beach police officer Jason Raynor shot in the line of duty June 23. He remains in the hospital. ⁦@MyNews13⁩ pic.twitter.com/ds67r34Ha5

Rebecca Thomas and her family know officer Raynor and came out to support him on Sunday.

“He is a great person — caring, kind. We knew the more personal side of him, she said.

Owens wanted Officer Raynor to know the only thing he needs to focus on pulling through.

“We are supporting [you]. Worry about your recovery and get better,” said Owens.