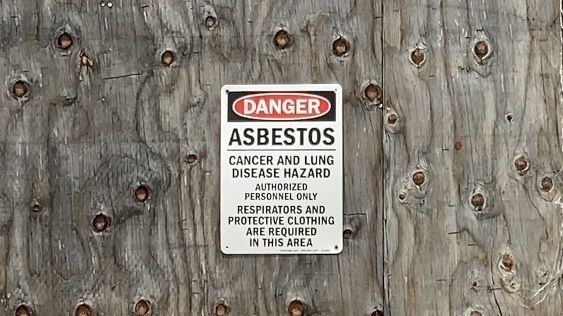 He was joined by Ulster County Executive Pat Ryan, State Senator Michelle Hinchey and other officials, who stood in front of piles of toxic asbestos-covered debris to call for an additional $5 billion from Congress to revive the EPA’s Superfund Program, with the goal of removing toxic chemicals from sites like Tech City.

Schumer is also calling for the return of the Superfund “Polluter Pay” tax, which he says would hold polluters accountable for the cost of cleaning up toxic sites.

"I really think today is a significant leap in Ulster County, thanks to you Senator Schumer, to really revitalize this former IBM site," said Ulster County Executive Pat Ryan.

He said cleaning up this site was the number one economic development priority for the county, one that could set the stage for an influx of new businesses and jobs.

"On the west part of the campus, we're already revitalizing and re-energizing, so we're looking at a farm hub, we’re looking at film and creative arts and artists, and we’re looking at manufacturing. We’ve already had over 20 different businesses and entities expressing interest in either buying or coming into the site," said Ryan.

Jim Hyland, the owner of The Farm Bridge, which employs about 50 workers on the west side of Tech City. He says the toxic chemicals on the site have hindered their growth.

"We’re a Kingston company. Our employees are from Kingston. And we’ve been here for 10 to 11 years, and we’ve been able to grow our business to a certain degree, and this has just been a drag," said Hyland.

Hyland is hoping this is the first step toward seeing the site return to its heyday.

"We plan on staying in the site across the street. We’re doing an awesome project over there, so we’re hoping we can be the first flower to start to bloom here," said Hyland.

Schumer says he’s pushing for his Superfund plan to be included in President Biden’s Build Back Better infrastructure package.