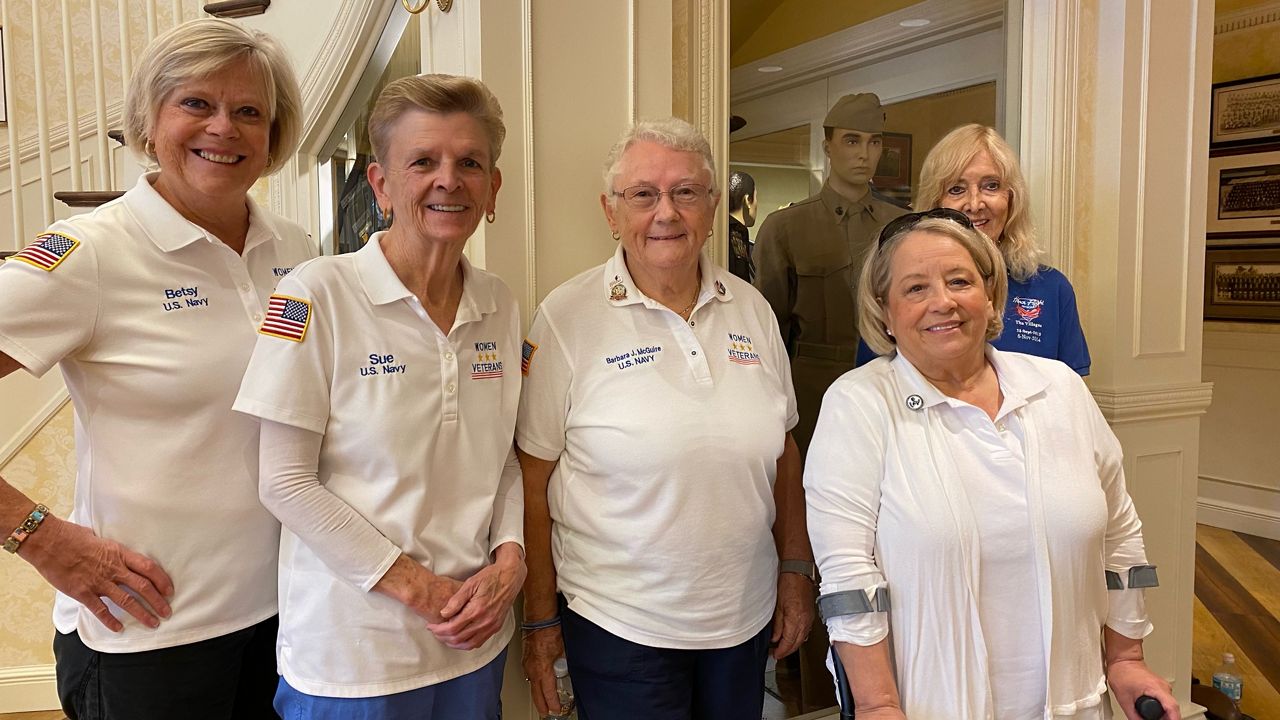 Sixty-five female veterans and 65 guardians will travel to Washington D.C. from The Villages for an All Women Veteran Honor Flight. (Spectrum News 13/Marisa Silvas)

THE VILLAGES, Fla. — Many female veterans, including Barbara McGuire, say they’re used to being overlooked.

McGuire wants people to know she’s proud of her service.

“I learned so much, and the value to me is insurmountable,” McGuire said.

McGuire is on the list to be on the first Villages All-Women Veteran Honor Flight to Washington D.C.

“I thought it was unbelievable, but awesome that it was going to happen," McGuire said.

The trip, scheduled for May 2022, will take them to memorials that standard Honor Flights don’t, including the Military Women’s Memorial.

“We’re going to have a lot of fun. We’re going to very much enjoy it, I think much more so than if it was in a mixed group, because our experience is so different,” said Sue Roper, president of Tri County Women Veterans.

The idea initially faced some obstacles.

“We’ve got 580 vets on our waiting list; that’s a lot. So we couldn’t see how we could take all these females and jump them over all these men,” said Liza Diana Walters, the vice president of operations for Villages Honor Flight.

So they came up with a compromise to add an extra spring flight.

“We had 53 fundraising events, anything from Martini Mondays to galas,” said Marie Bogdonoff, the CEO of Villagers For Veterans.

The groups were able to raise the money in just nine months. Now, they’re flying high with anticipation.

“It’s a great way to let them know, 'Hey, we honor you, we salute you and are so grateful for your service,” Bogdonoff said.

“This is going to be so much different, because you’ve got women who served and know the meaning and so it’s going to rub off on everyone I think,” McGuire said.