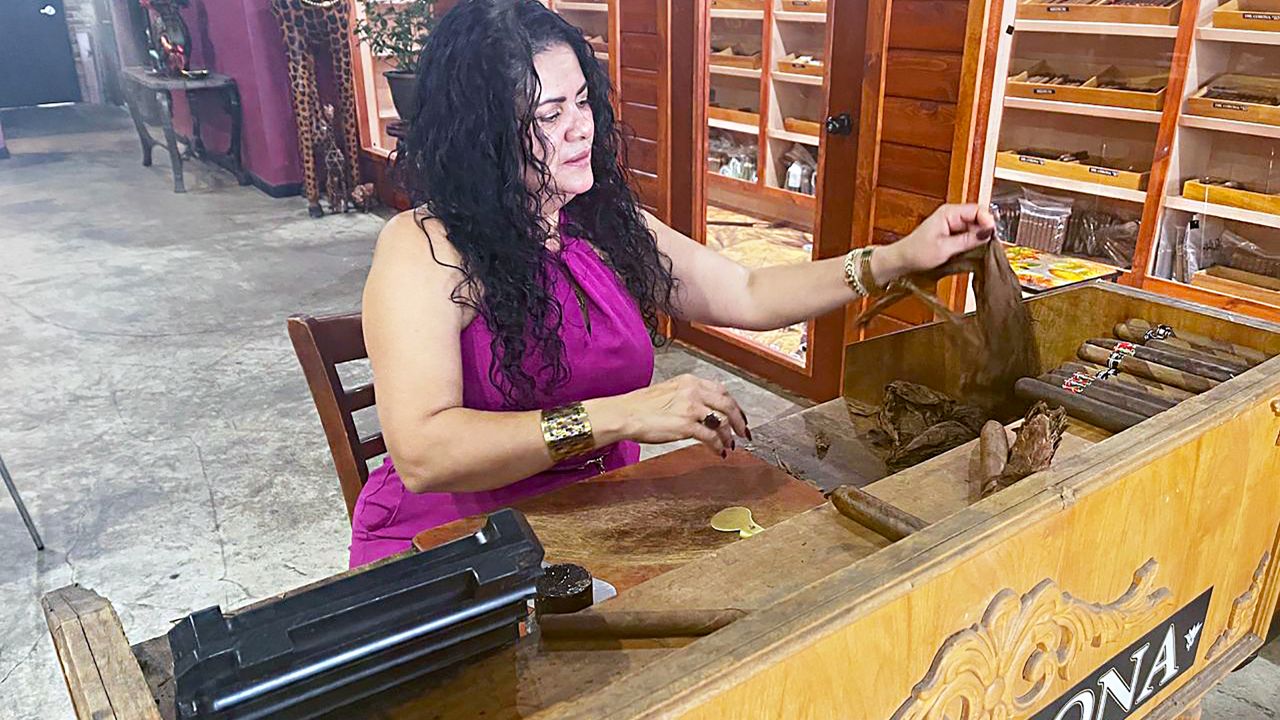 Florida on a Tankful: Cuban immigrant leaving a legacy in Ybor City

YBOR CITY, Fla. — The rooster's call, on the cobbled streets of Ybor City, is iconic, but when you think of this historic town, it's not the first thing to come to mind.

“This one is 16 by 5 from different sides," Odelma Matos describes the cigars inside La Faraona Cigars.

Matos owns and works at La Faraona Cigars, a local cigar operation in the heart of Ybor City.

While you can usually find her in the lounge chatting with guests and visitors, you'd be surprised to find out that her manicured hands play a much deeper roll in the success of the business.

Matos hand rolls each of these cigars, on her own little corner table where she can roll 150 a day or more.

First learning the artistry of rolling from her grandfather at just 15 in Cuba, she later immigrated to the U.S. with a dream.

“I come to the U.S. only 10 years ago and now I own La Faraona Cigar Factory and lounge," Odelma said.

A business owner, in the heart of a cigar empire, shops like hers make up a 130-year history of cigar rolling in Ybor City.

“She's the only woman that she's an owner and a masterclass cigar roller for 36 years. It's just an amazing story. I mean what she's done in the past 10 years is just amazing," her business partner Renee said.

Matos carrying on her grandfather's work and creating a tradition within her family, passing on her knowledge to her children, even the youngest members.

Matos created an empire with her close-knit family and leaving behind a legacy for Ybor City that will help keep the cigar culture alive and thriving, hopefully for another hundred years.

La Faraona is open seven days a week and has two locations in Ybor City and you can catch Matos and a host of different cigar rollers giving live demonstrations at different times throughout the week.