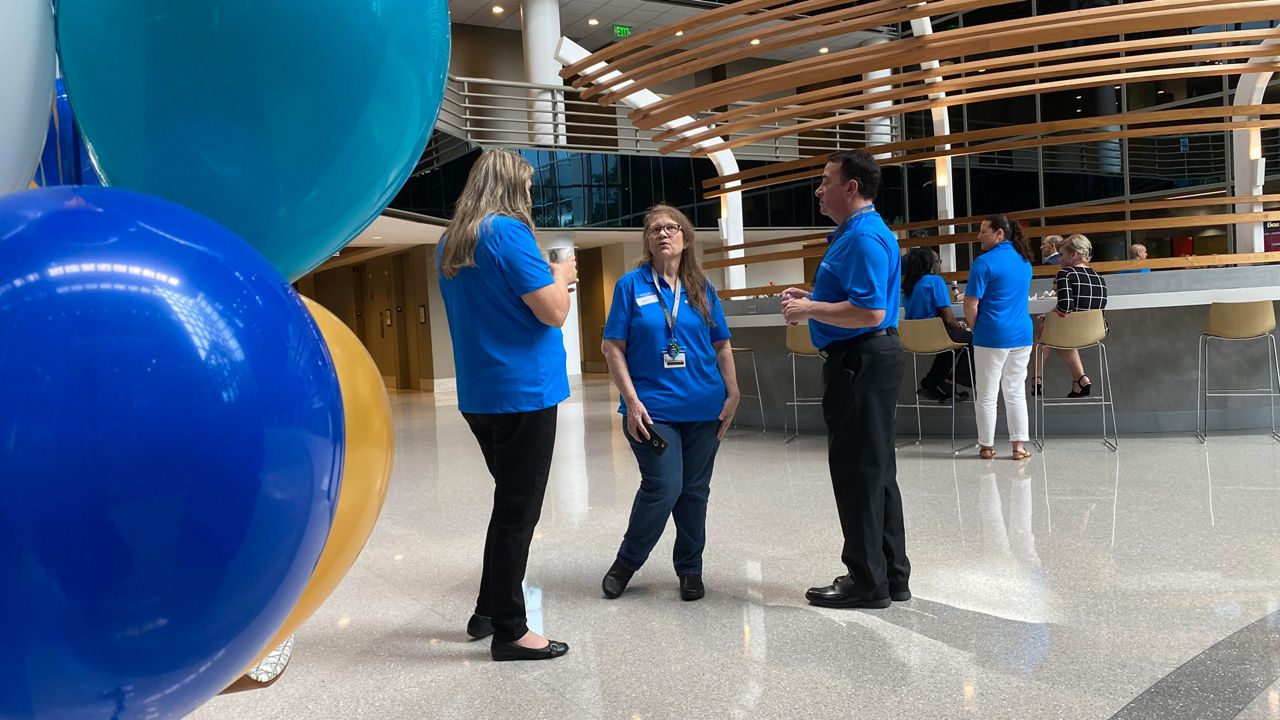 ORLANDO, Fla. — For one hotel group, it was significant day, to now call the City Beautiful home.

Flanked by Orlando city council members and economic leaders, Sonesta celebrated the opening of a shared services center on East Robinson Street by Lake Eola. It will support the hotel group’s growing footprint, including in the region.

Sonesta is currently hiring around 100 high-wage positions, from finance to HR, explained Partridge, who as VP of Finance Shared Services will oversee the center.

It’s those types of jobs — high-wage and high-value — which Orlando Mayor Buddy Dyers said the city is trying to attract by approving revisions to their job creation program.

“Some of the state incentive programs went away, so local governments have had to step into attract businesses to our area,” said Dyer. “We know we have a lot of low-wage jobs, quite honestly a lot of vacancies in those, we want to continue to grow jobs that pay a good wage."

In order to attract those such jobs to the downtown Orlando Community Redevelopment Area, or CRA, and encourage expansion of existing local companies, the program offers incentives, like $2,000 per job created within five years.

Other incentives for companies revolve around where employees live, and transportation: how they get to work.

It’s coming at a pivotal time.

“With the pandemic, a lot of businesses have realized that they don’t need quite as much office space as they did,” said Dyer. “We need to help fill up office space.”

Per Cushman & Wakefield, in the Central Business District, mainly downtown bisected by I-4, office vacancy rates are typically 10% to 14%. At the market's best, the area had a 7% vacancy rate in 2018.

Partridge said that he is just happy that his company, Sonesta, is taking up some of that space. He moved from Tulsa, Oklahoma to Orlando for the position and is closing on a house next month. He views the move as a new chapter for him and his wife, who have been married for 29 years.