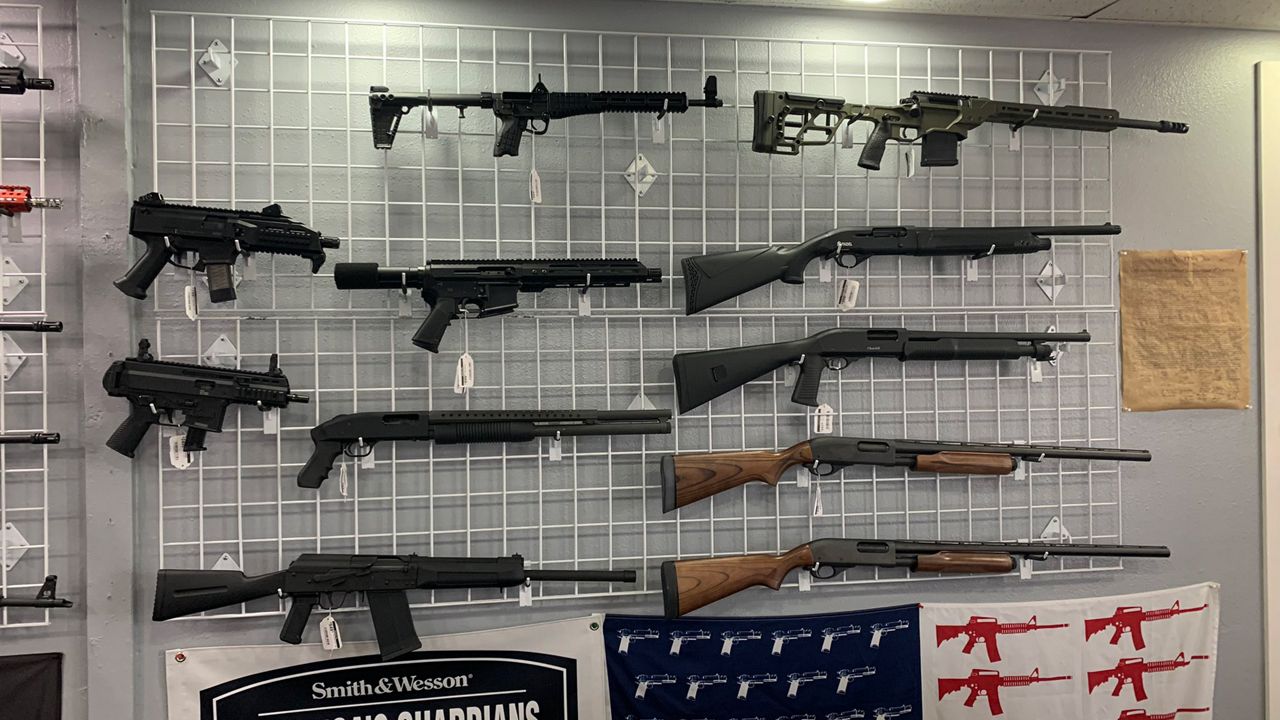 ORLANDO, Fla. — According to the FBI, 2020 was a record year for background checks for gun purchases in Florida, and 2021 is on pace to top last year’s record.

First time gun buyer Eddie Lawrence said he was going home with a hand gun and peace of mind. The purchase, he said, was a new safety measure to protect his home, wife and two daughters.

“Home security,” Lawrence said. “I don’t need to carry it out in public, that is not the reason of me buying it. It’s to protect my family and my home.”

Lawrence is just one of the many new customers Orlando FFL has seen since the COVID-19 pandemic began.

“It was March when it first started,” Orlando FFL owner Marc Bernstein said. “We looked at it and did three times the amount of sales in March than we have ever done before, and it just kept going and going.”

In 2019, Orlando FFL filled out roughly 900 background check forms, meaning people were purchasing a gun. In 2020, that number jumped to nearly 3,000.

Across the state, according to the National Instant Criminal Background Check System run by the FBI, not only was 2020 a record year for gun-related background checks, but so far in 2021 four out of five months have topped last year's record numbers.

According to Matt Manda from the Firearm Industry Trade Association, there were multiple factors for seeing an increase in background checks.

According to the latest Uniform Crime Report by the Florida Dept. of Law Enforcement, crime overall fell 14% in 2020, continuing a 50-year trend in the state.

Through May of this year over 800K NICS Firearm Checks have been done in Florida. A trend likely to break 2020's record total of 1.9 Million according to @NSSF. @MyNews13 pic.twitter.com/nMe2h8dsgn

Since the start of the pandemic, the Firearm Industry Trade Association also reports roughly 40% of all gun purchases were by first-time gun buyers. Eddie Lawrence said he had a challenging discussion with his wife.

“Tough.” Lawrence said with a sigh. “I had to convince her, she’s not really a gun lover but I convinced her it’s my job to take care of the family.”

At the pace Florida is going now, 2021 will be another record year for background checks.

With a record number of background checks conducted in 2020, the number of firearm background check denials will not be released until later this summer, but on average from 2015-2019 the denial rate was less than half of one percent.