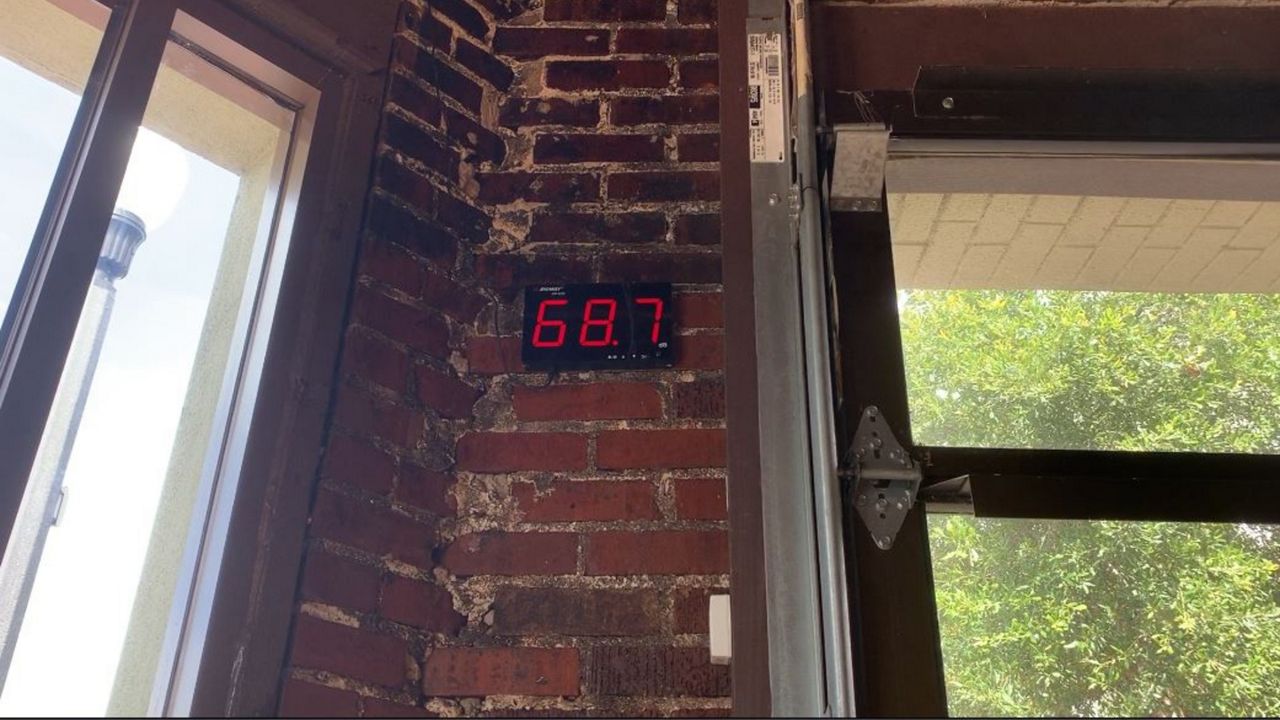 Some businesses in Sanford have installed decibel levels to try to monitor the noise generated from inside their business. (Spectrum News/Emily Braun)

SANFORD, Fla. —  Growing pains beneath the surface of a now bustling downtown Sanford district has city leaders, business owners and residents taking a second look at how to keep the peace.

The plan is to enforce a noise ordinance the city drafted with business and bar owners a few months back, an ordinance that the Sanford leaders agreed wasn't being enforced enough.

The issue is not resolved yet because officials have to keep their eyes and ears open to see whether better enforcement means keeping noise at acceptable levels, Sanford Mayor Art Woodruff says.

“When I have actually gone downtown myself, based on some complaints, the sound levels that were being complained about were well above what our standard was," Woodruff said.

Sanford Brewing Company owner Chris Esser was one of those who worked with the city to develop a new noise ordinance.

“When we first started talking about the new sound ordinances in Sanford, we were part of the discussions for drafting the ordinance," says Sanford Brewing Company owner Chris Esser, one of those business leaders who worked with the city to develop a new noise ordinance. "So one thing we did, we put a decibel meter in our bar to see, 'how loud are we?' ”

Under the new ordinance, the decibel level, measured 50 feet from the business in question, cannot exceed 75-80.

Wops and Hops Brewery owner Peter Minelga says the vast majority of businesses, including his, respect that. He concedes, however, that, “unfortunately, a very small percentage of some of the owners of the businesses around here really don’t care to follow those ordinances.”

So residents complained, and the city decided more needed to be done.

At a commission work session Monday, an agreement was reached to utilize the police department and work with businesses to better enforce the rules.

Woodruff, Esser and Minelga say they hope that will be the way to keep the peace as Sanford continues to grow.

“I think it’s the job of the businesses to do our best to be good neighbors, and I’m asking the residents to also be patient," Esser says. "We’re working on enforcing the laws better. We’re all learning."

The city has had police officers in the area between 10 p.m. and 2 a.m. on weekends to try to make sure noise levels don’t get out of control. The city is also looking at monitoring the number of events permitted outside and how late they are permitted to operate.