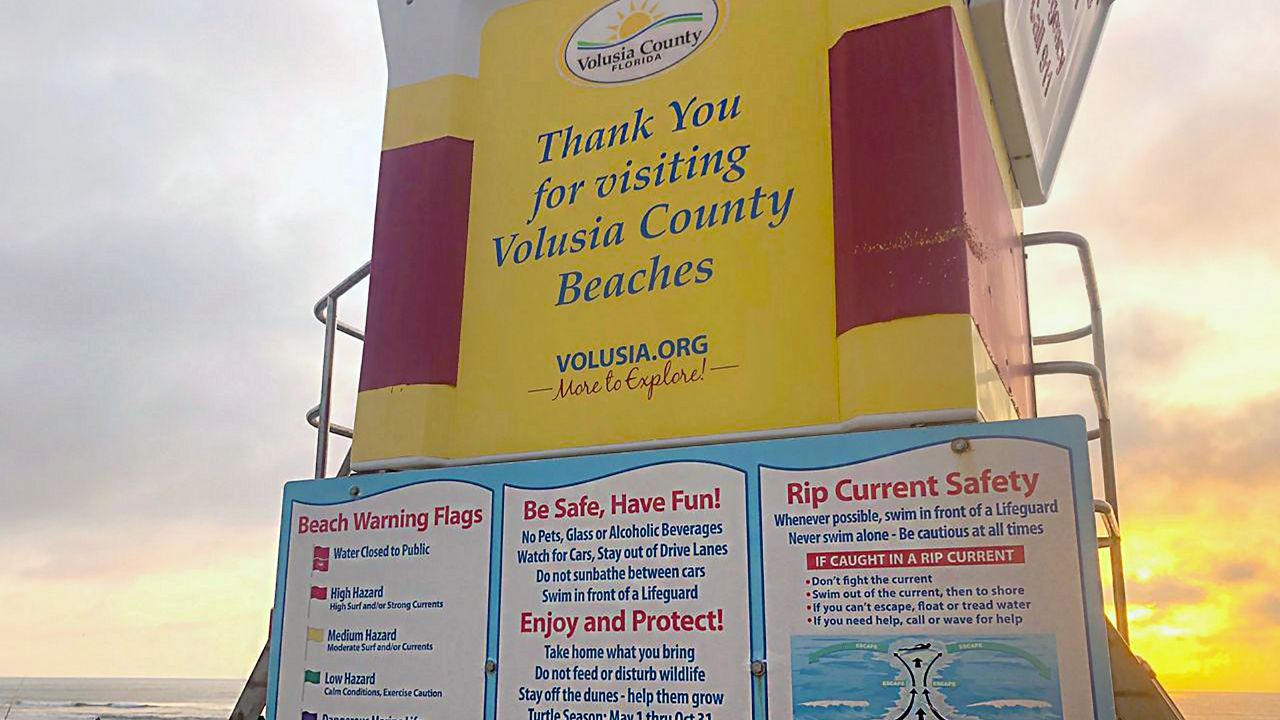 A 71-year-old Jupiter, Fla. man was standing in knee-high water with his boogie board Monday when a shark bit him on the right foot, according to Miller. Elsewhere, a 12-year-old Cocoa Beach boy was standing in waist-deep water after jumping off his surfboard when he was bitten in the right calf.

The boy was transported to Halifax Health Medical Center as a trauma alert, and Beach Safety units treated the man, according to Miller.

Beach Safety units also responded to a drowning in Daytona Beach Shores. Beachgoers pulled a 67-year-old Missouri man from the water around 10:50 a.m. Monday and began CPR, according to Miller.

The man had been swimming with his adult grandson in an unguarded area of the beach. Rescue crews came and transported him to a hospital, where he was pronounced dead less than an hour later.

The man's grandson, 24, was treated at the scene for exhaustion, according to Miller.