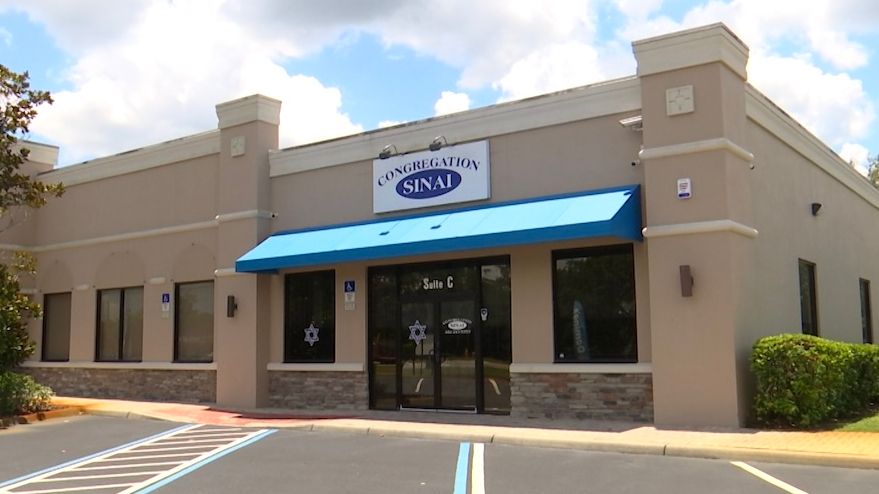 There’s been a recent uptick in antisemitic hate crimes across the globe over the past few years.


One Lake County temple is taking a proactive approach to keep its congregation safe.

“We were horrified. It could happen to anybody. It could happen here. It has become known that a synagogue is one of the most dangerous places for a Jewish person to be, especially during services,” said Peter Sobel, the chairman of the Security Committee at Congregation Sinai.

The congregation named Sobel chairman of the Security Committee, and he started implementing safety measures right away.

According to the FBI, there was a 14 percent increase in antisemitic crimes in 2019, something that troubles Sinai president Jack Gartner.

‘’Seems to be a loss of decency, of respect and it’s something we all need to be aware of. It’s uncomfortable to think about, but ignoring it’s not going to make it go away,” Gartner said.

Groveland Police say they have not seen hate crimes in recent history. But Sinai continues to take new measures including installing a Blueline 360 Security Alert System.

“Every police officer in Groveland gets an alert similar to an Amber Alert within about 3 seconds that we have an active shooting threat going on at our congregation,” Sobel said.

“A little more secure, I’m still looking for other things too, but I feel confident this is a great help to our security system here,” Sobel said.

“We have a history of being victims and we don’t want to be victims again,” Gartner said.

Congregation Sinai has hardened the building's doors and windows, and Groveland Police has extra surveillance on hand during all temple activities.