MELBOURNE, Fla. — A baby sloth born about a month ago is receiving care by Brevard Zoo workers after it was rejected by its mother, the zoo said Monday.

The Linnaeus’s two-toed sloth, which hasn't been named, was born at the zoo May 12 and is bottle-fed goat’s milk every three hours, according to a news release. Staff has also given the baby a variety of stuffed animals to hold because it isn’t able to cling to its mother like young sloths normally would.

The baby’s mother, Tango, is not interested in looking after the sloth, said zoo officials, who had tried to reunite the pair.

Zoo staff members are waiting for a laboratory test that will identify the sloth’s sex. 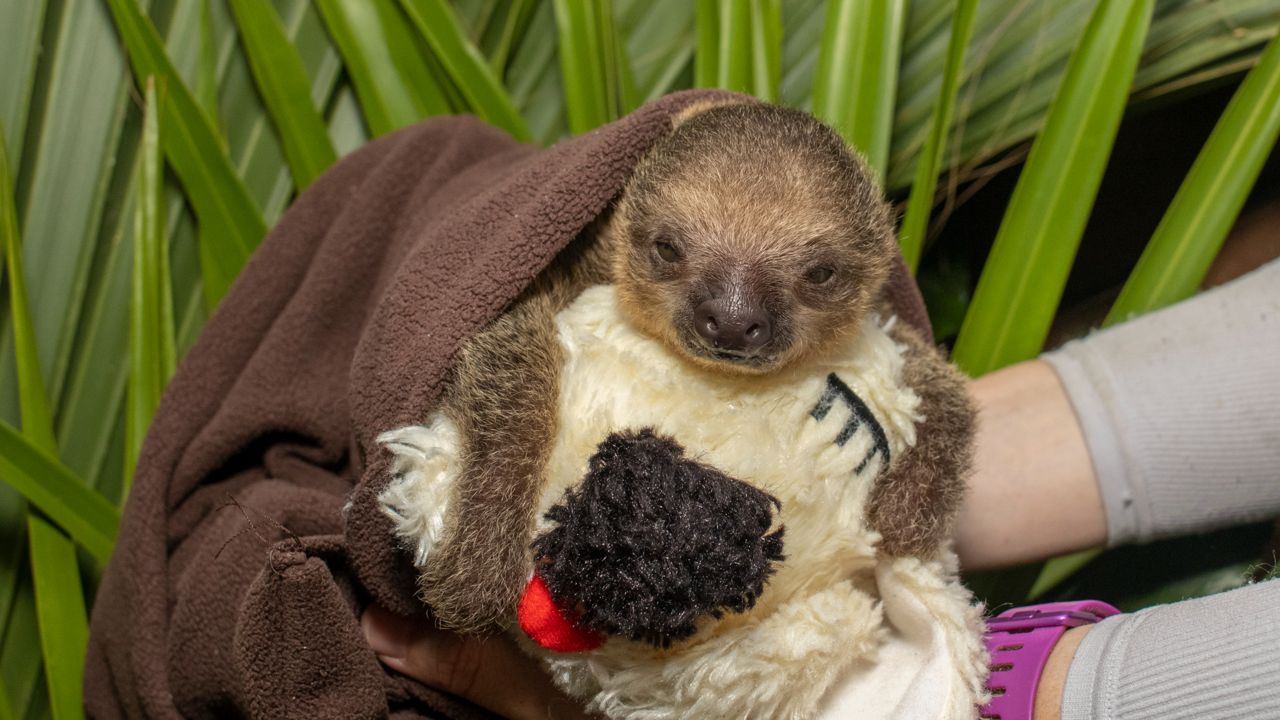 This is the second sloth to be born at the zoo this spring. The first arrived April 8 and is being raised by its mother. Guests can visit the sloths in the Rainforest Revealed section of the zoo.

Sloths are threatened by the wildlife trade and habitat loss, according to the news release. The zoo urges tourists visiting Central or South America to avoid photo ops with sloths, which could mean the animals have acclimated to human contact.