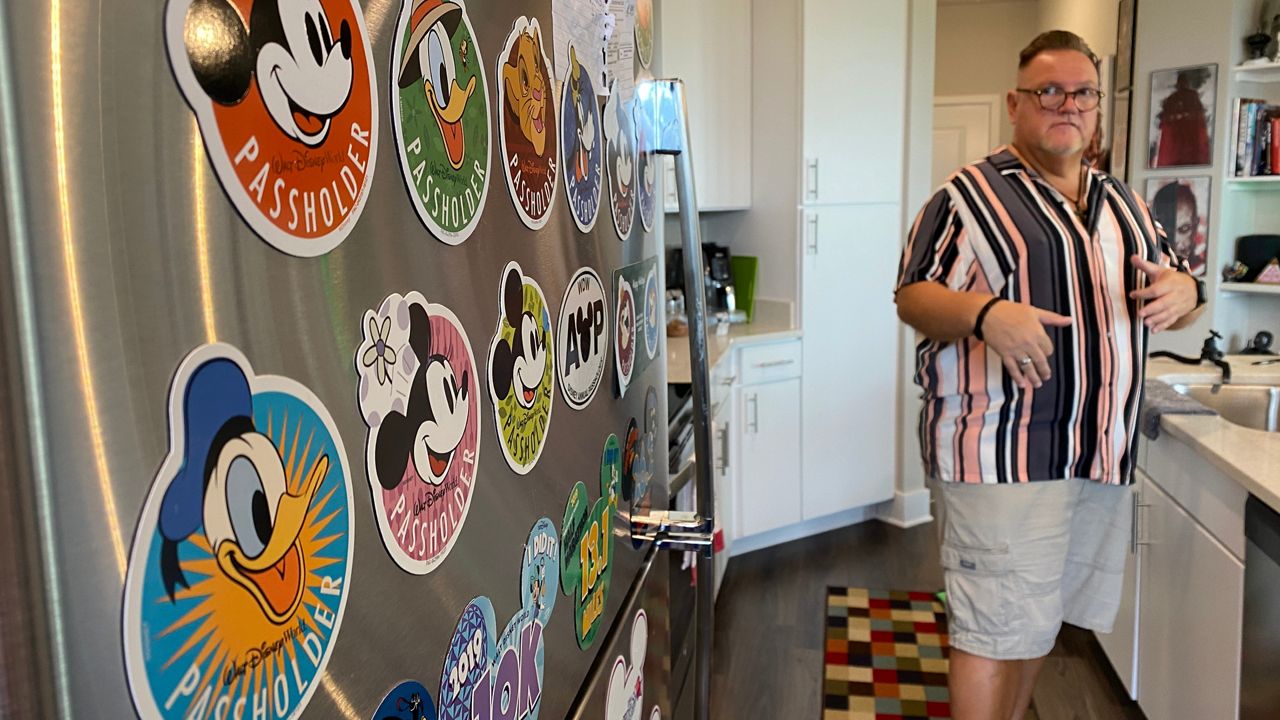 “Helpless.” That’s how Michael Crandell says he felt back in March, when his former apartment complex rejected the $10,000 in emergency rental assistance funds Orange County had approved him for.

Like so many others in Central Florida and across the country, Crandell fell behind on rent payments during the coronavirus pandemic. The former gig worker said he was at Walt Disney World with friends the day the park announced it would soon be shutting down.

“All of a sudden, there was nothing open to Lyft or Uber people to,” Crandell said. “And it snowballed pretty quickly.”

Ultimately, Crandell fell twelve months behind on rent. His former apartment complex was fairly accommodating, he says, declining to charge late fees or interest on the balance. Staff even reached out to let him know when Orange County was planning to relaunch its emergency rent assistance program, which currently pays eligible households up to $10,000 in back rent.

The county’s program, funded by federal dollars, pays landlords directly on behalf of their qualifying tenants — if and when landlords choose to participate. Despite their initial enthusiasm about the program, Crandell’s former landlords decided not to participate, declining the money.

An assistant manager wrote an email to Crandell explaining the decision: “My company did review all the restrictions, and since the program is not willing to pay the full 12 months of what is owed, they have decided not to proceed.”

Since Crandell was about $12,000 behind, he would have still owed a balance of about $2,000 after the county’s contribution. Crandell says he offered to work out a deal with management to pay that remaining balance himself. But the answer was still no.

AIRING TONIGHT @MyNews13: a glimmer of hope amid many heartbreaking stories of renters struggling to find help. Michael Crandell says he found stable housing by being persistent:

"You can't do what they hope you do, and just try a few times and then give up. Keep at it." pic.twitter.com/OvIW2e0Br2

While certainly not universal, a lack of landlord cooperation during the pandemic has posed significant barriers to the successful distribution of emergency rental assistance, or ERA funds. A survey of 220 local programs across the country found, while 98% of programs required tenants to apply for rent assistance, more than 90% of those programs required payments to be made to landlords, not tenants.

“In practice, this meant that after tenants had applied, met program criteria and received approval, their landlords still had to agree to participate in the program and arrange to receive the funding,” reads the report, which was published by several of the nation’s most reputable housing research and advocacy initiatives. One of those groups, the National Low Income Housing Coalition, maintains a dashboard tracking various requirements for the hundreds of ERA programs across the country.

Some programs permit direct-to-tenant assistance; many more, like Orange County’s, do not. But that’s expected to change soon, per new U.S. Treasury guidelines that will require programs to offer assistance directly to tenants in cases where landlords choose not to participate.

The new Treasury requirement only strictly applies to ERA2 funding, which the American Rescue Plan allocated in March to states and local governments. Orange County’s current program is funded by ERA1, included in the Consolidated Appropriations Act passed in late December.

Since Crandell applied for ERA1 funds, his prior landlords’ refusal to participate in Orange County’s program isn’t technically illegal. But as NLIHC president and CEO Diane Yentel told Spectrum News, it’s indicative of a larger trend of landlords across the country refusing to help their struggling tenants — even when federal aid is available.

“We've heard of a whole set of reasons why landlords refuse to participate in the program,” Yentel said. “In some cases, we've heard that landlords themselves don't want to provide the documentation that's required and just don't want to engage with the federal government in any way.”

In other cases, like Crandell’s, landlords refuse payments of anything less than the full amount a renter owes. That slows down and complicates distribution of the billions of dollars in rental assistance desperately needed by renters, Yentel said.

“It's not happening fast enough to prevent really a potentially historic wave of evictions in July, if the moratorium expires and these funds haven't been expended,” Yentel told Spectrum News.

The controversial eviction moratorium, created in September by the Centers for Disease Control and Prevention, is currently set to expire June 30.

Originally from Michigan, Crandell says he fell in love with the Orlando area while traveling here with a friend in the early ‘90s. He came down for vacation — and left with a job offer from Disney.

“As I was growing up I was always interested in things like Disney and especially Star Wars, and I just never let go of that,” Crandell said. “It got me through some rough times.”

But nothing could have prepared Crandell for the challenges of the last year. After being denied assistance, Crandell’s credit score took a big hit, he says, from the thousands he owed in back rent. As a result, he was denied once more — this time by a brand-new apartment complex in Winter Garden where he applied to live.

“I was really at the eleventh hour,” Crandell said.

Instead of taking ‘no’ for an answer, though, Crandell persisted. He emailed and called managers at the new place, explaining the intricacies of his personal situation. Finally, he asked for an in-person meeting with the assistant manager.

“We had a fantastic conversation,” he said. Shortly thereafter, the assistant manager called Crandell to tell him they’d decided to approve his application.

“Now I go down there every day,” Crandell said of the office staff. “We've become friends.”

Crandell said staff have even asked him to help plan future residential activities, like game and trivia nights. But while this chapter of his story has a happy ending, Crandell said he recognizes that’s not always the case.

“I know there's a lot of people out there … they probably don't sleep at night, because they wonder what the next day is going to bring,” Crandell said.

He says a combination of persistence and kindness was his key to successfully securing safe, stable housing for himself — despite the odds.

“You just have to dig. And you have to stay on top of it,” Crandell said. “You can't do what they hope you do, and just try a few times and then give up.”

To other struggling renters in Central Florida, Crandell says: “Don’t give up.”