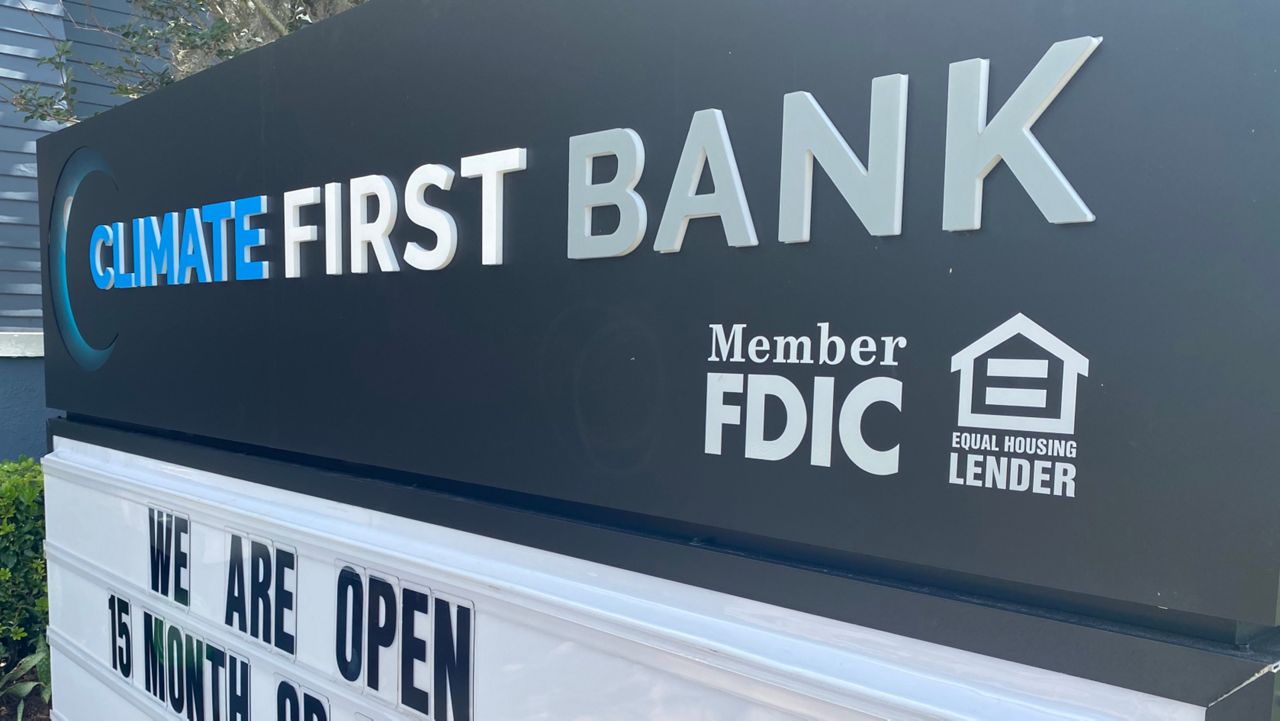 The first branch is now open to the public and is located at 5301 Central Avenue in St. Petersburg. (Ashley Paul/Spectrum Bay News 9)

It’s a breath of fresh air for Ken LaRoe.

Because his business, Climate First Bank, officially opened its doors.

“Racially equity is important, financial inclusion is important, but that’s not even a topic if there’s no planet,” said LaRoe, CEO of the bank.

Which is why LaRoe wanted to create a bank focused on just that.

Climate First Bank plans to put its money where its mouth is, offering customers specialized green loan options for everything from rooftop solar to renewable energy.

Anything to reduce the carbon footprint, something greatly welcomed by St. Petersburg Mayor Rick Kriseman.

“We live in a city that is a peninsula on a peninsula. We are one of the most at-risk cities for climate change and sea level rise of any other city in the country. And so we have to take it seriously,” said Kriseman.

One branch at a time, changing finance to finance change.

“We want to be the largest values-based financial institution in America,” said LaRoe.

The first branch is now open to the public and is located at 5301 Central Avenue in St. Petersburg.​