MIMS, Fla. — The problem of unpermitted construction work is widespread, according to Don Walker, a spokesman with the Brevard County government.

We spoke with a Central Florida pastor who is now pushing for change after a contractor working on her church never pulled a permit.

Pastor Karen Curry briefly showed us inside Greater Works Christian Center, before the smell of mold became so overwhelming we had to step outside.

“Once my mom passed away back last year, we needed to get a lot of repairs done to the church to get it up to the level that would accommodate a congregation,” recalled Curry.

Hoping to build upon her mother’s legacy, Curry hired a local contractor to remove the mold, paying $7,000 up front.

“This man has a license with the state, meaning they have entrusted him with some sort of authority or whatever to do what he’s doing,” said Curry.

What Curry didn’t know is the contractor never pulled the necessary permits, something she only discovered after complaining to the county about the work being done.

We aren’t naming the business or business owner since he isn’t charged with a crime. But we looked into his history and found 11 cases involving his business at the county, including six with fines for unpermitted work. At the state level, we found the business is currently on probation.

“I would say in this case, even the number of complaints that we’ve received against this business pale in comparison to some we’ve gotten for others,” said Walker.

We asked Walker if this is a widespread issue in Brevard County.

“I think it’s a widespread issue on a national level. Brevard County does not buck the trend as far as licensing and permitting for contractors,” replied Walker. 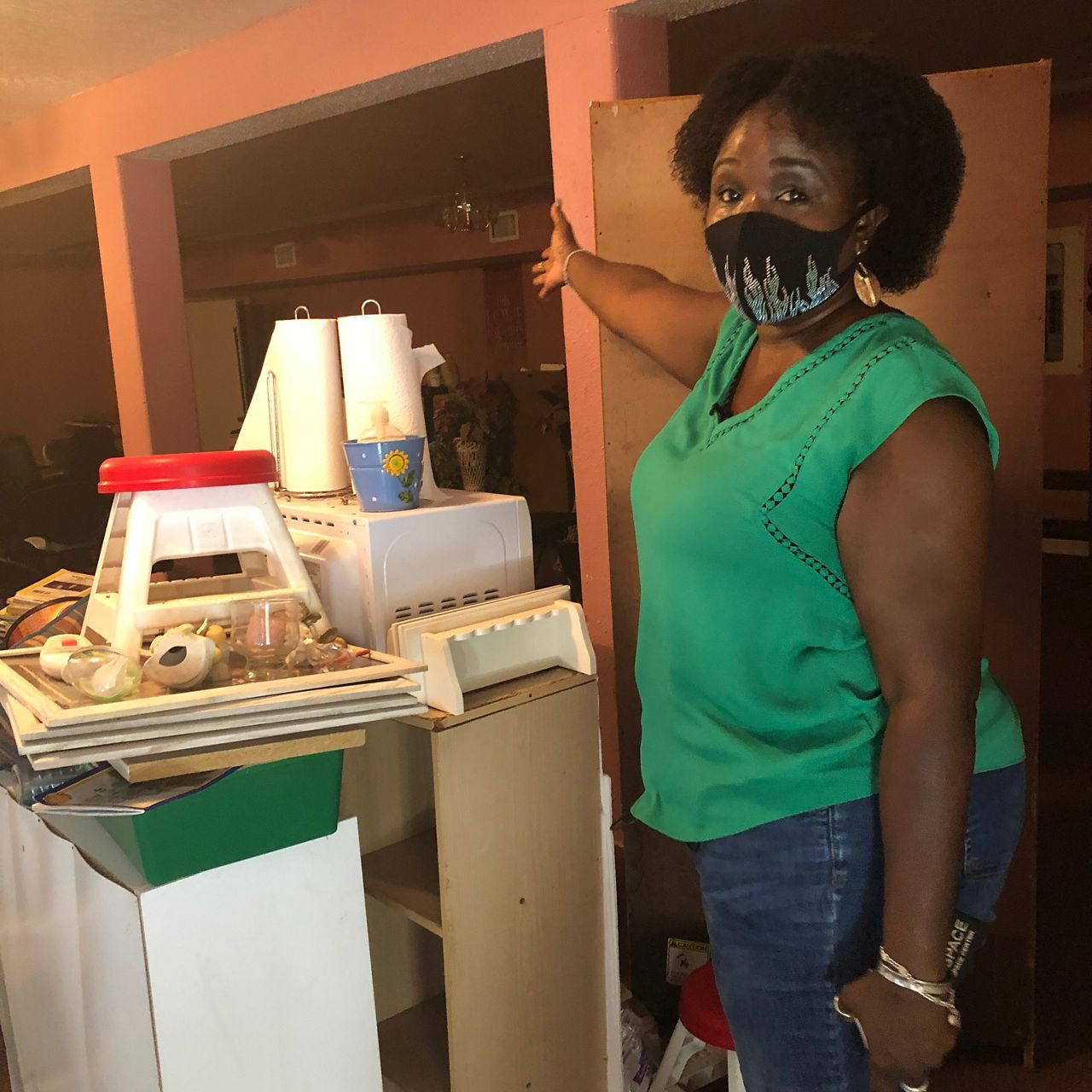 Pastor Karen Curry gave us a look inside the church before the smell of mold overpowered everyone. (Spectrum News/Stephanie Coueignoux)

“My question was: you know this happened. Where is the consequence? Where is the accountability? The county is aware. The state is aware and still nothing,” asked Curry.

Walker says the county can only issue fines — which they did in Curry’s case and fined the business $500 for unpermitted work.

The state's Department of Business and Professional Regulation oversees licenses. Suspending or revoking a contractor’s license is a lengthy process and even if someone is under investigation they can continue to work, according to a state spokesman.

“It’d be great to have tougher laws,” said Walker. “Fines for not getting permitted are $250, maybe up to $500. That’s a mere drop in the bucket and that’s not a major consequence for someone that’s doing work on your home or your residence without a proper permitting and licensing.”

We requested an interview with the DBPR about this issue. A spokesman did not answer our questions, instead referring us to Florida statute.

For Curry, while she's ready to forgive, she says she'll never forget.

“At some point, there needs to be some coordination to stop people like this from slipping through the cracks, however they’re doing it,” said Curry.

Spectrum News did try and reach the contractor involved in Curry’s case but never heard back.

Walker says right now, it’s up to the consumer to look up the history of a contractor, both on your county website, like Brevard County, and on the state website.