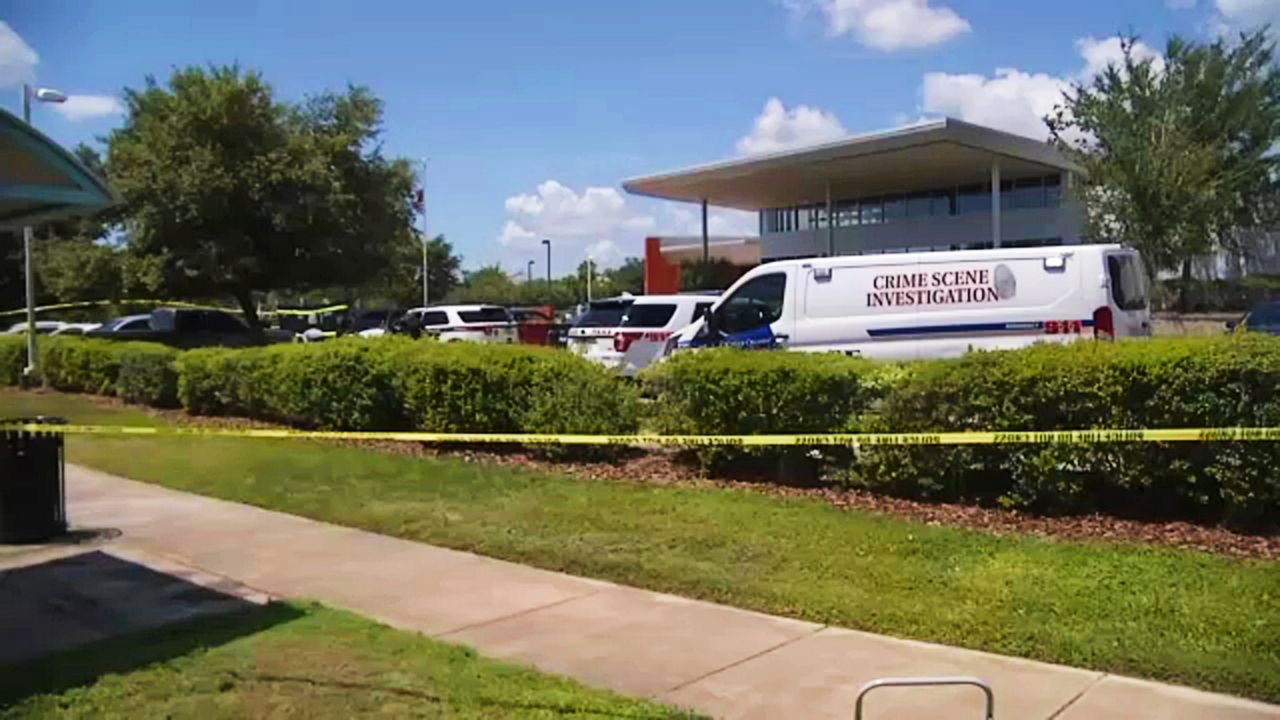 Orlando Police have responded to the U.S. Customs and Immigration Services office in Orlando. (Spectrum News)

ORLANDO, Fla. — A man walked up to another man and a woman entering the U.S. Citizenship and Immigration Services office in Orlando and opened fire Monday morning, killing the man, Orlando Police say.


The shooter fled in a vehicle but was taken into custody in the Kissimmee area, Orlando Police Lt. Diego Toruno said during a brief news conference near the location of the shooting.

Here in Buenaventura Lakes is where the alleged gunman of a shooting at the USCIS Orlando Field Office was arrested. Police say the suspect fatally shot a man outside the immigration center.
🎥: @OsceolaSheriff @MyNews13 #News13Osceola pic.twitter.com/NGrOwceV58

It happened just before 10 a.m. at the office on Corporate Centre Boulevard, which is just north of Orlando International Airport.

The man who was shot was pronounced dead at the scene, Toruno said.

The woman escaped, and "as far as we know no one else has been hurt by gunfire," the lieutenant said.

Bonnie Brandao, 56, was at the office for what was supposed to be a happy day — her citizenship test — which quickly turned terrifying.

Bonnie Brendao, 56, describes what the atmosphere was like inside the USCIS building on Semoran as the shooting happened. @MyNews13 #News13Orange pic.twitter.com/jFsBPJV4AE

She was inside the building when she heard popping noises. Soon, everyone began to scream and run for cover.

All she could think about was where to hide.

While Brandao was hiding inside the immigration building, her husband was waiting for her outside — and watched the shooting happen.

He told her he saw two men talking with each other, then one man pulled out a gun and opened fire.

Then “he stood over him and shot him again,” Brandao said her husband told her.

Because the office is a federal building, "we'll work with our federal partners" on the investigation, Toruno said.

People who were hoping to take care of citizenship and immigration matters at the office will have to wait until Wednesday.

A spokesperson for the U.S. Citizenship and Immigration Services tells Spectrum News that the office was closed down after the shooting and will be closed again tomorrow.

USCIS said it's working with all applicants to reschedule appointments and cooperating with law enforcement in the investigation.

“USCIS offers our deepest condolences to the friends and family who lost a loved one today. We are fully cooperating with local law enforcement authorities as they investigate this incident,” said USCIS spokesperson Sharon Scheidhauer in a statement to Spectrum News 13.