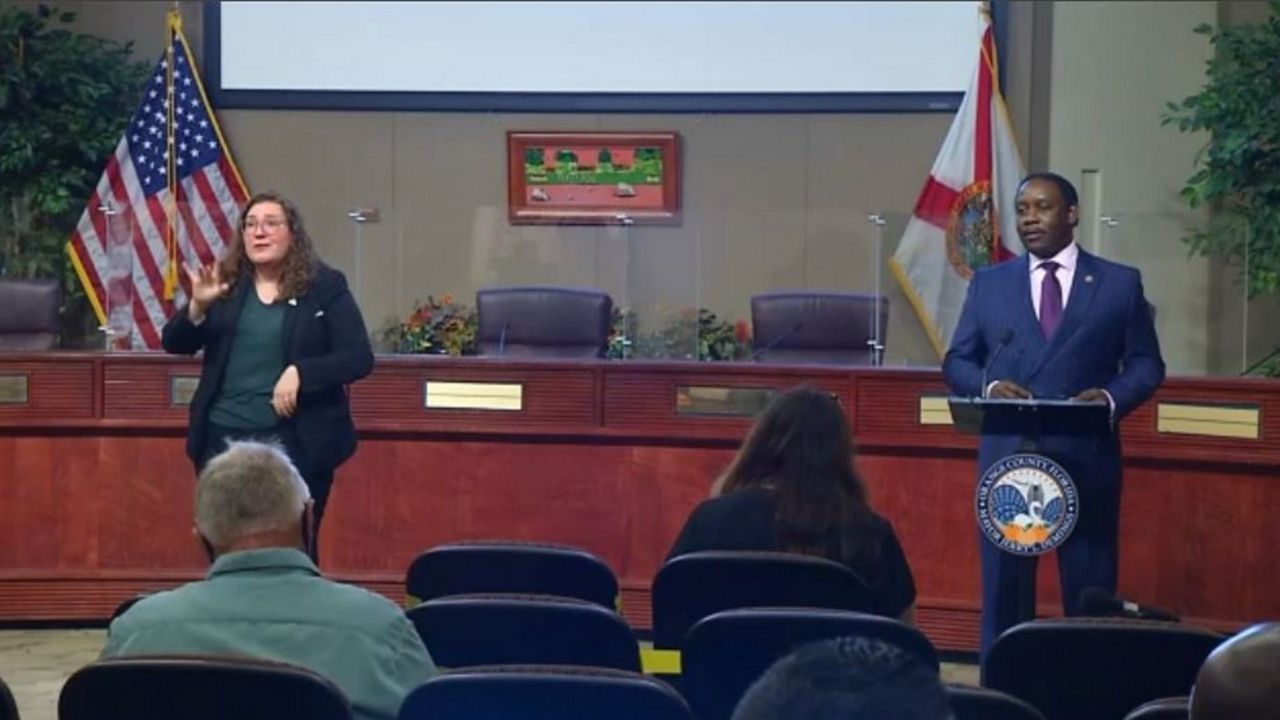 'I conclude that his (Florida Gov. Ron DeSantis') actions are part of a larger partisan strategy by the Republican Party to usurp the authority of Democrat-led urban counties and cities across America,' Orange County Mayor Jerry Demings said in a statement. (Spectrum News)


“When I ask myself, ‘What is really the purpose of the governor’s actions?’ I conclude that his actions are part of a larger partisan strategy by the Republican Party to usurp the authority of Democrat-led urban counties and cities across America,” Demings said in a statement. “We expect better from the governor of Florida.”

Earlier in the evening at a news conference to review Orange County’s coronavirus response, Demings had said he had not yet seen the governor’s executive order and asked whether anyone else there had.

“I would suggest that is really no way to run the State of Florida — to make announcements and not give clarity to the announcements,” Demings said at the time.

After reviewing the order, Demings said local elected officials had enacted COVID rules because DeSantis was to slow to take action, and they were filling the void to keep their residents safe.

“I want Orange County residents to know that I will continue to make decisions in the best interest of their health, safety and welfare and will not wait on the governor to tell me what to do,” Demings said in his statement Monday night.

"In review of the governor’s executive orders, I am not surprised. I conclude that his actions are part of a larger partisan strategy ... We expect better from the governor of Florida."

“This immediate past legislative session is proof positive of how the state is preempting local home-rule powers – that is not good for democracy.”

According to Orlando attorney David Haas, “The governor has taken a blanket approach to say that every ordinance, every emergency mask order that’s in effect is basically invalid.”

DeSantis’ executive order said every local emergency order must have a specific purpose outlined within it.

In legal terms, David Haas explained, a local order must be “narrowly tailored.“

"For the governor to say that everything is narrowly tailored, and he’s overwriting every ordinance in every county and every city is quite…a step for any executive to take,” Haas said.

Business owners and corporations can still choose whether or not to enforce mask mandates or other COVID-19 protocols on and in their property.

DeSantis made his announcement Monday morning in St. Petersburg and signed SB 2006. The law, passed during the Florida Legislature's recently concluded 2021 session, allows the state to override local emergency orders like the ones enacted by governments throughout Florida after the COVID pandemic began.

The governor’s order does not prevent businesses, restaurants or theme parks from requiring masks on property as well as other COVID-19 safety protocols. That decision will remain up to them.

DeSantis said that COVID isn’t over, but the need for emergency rules is.

Local leaders and legal experts say it is likely the governor’s order will be challenged for its constitutionality.

He said he is not surprised the governor passed this legislation and does not believe it will have a major impact on people's lives since businesses are still able to operate as they see fit.

Last week, Seminole County commissioners voted 3-2 to pass a motion maintaining the county’s mask ordinance after heated public comment from many people urging them to repeal it.