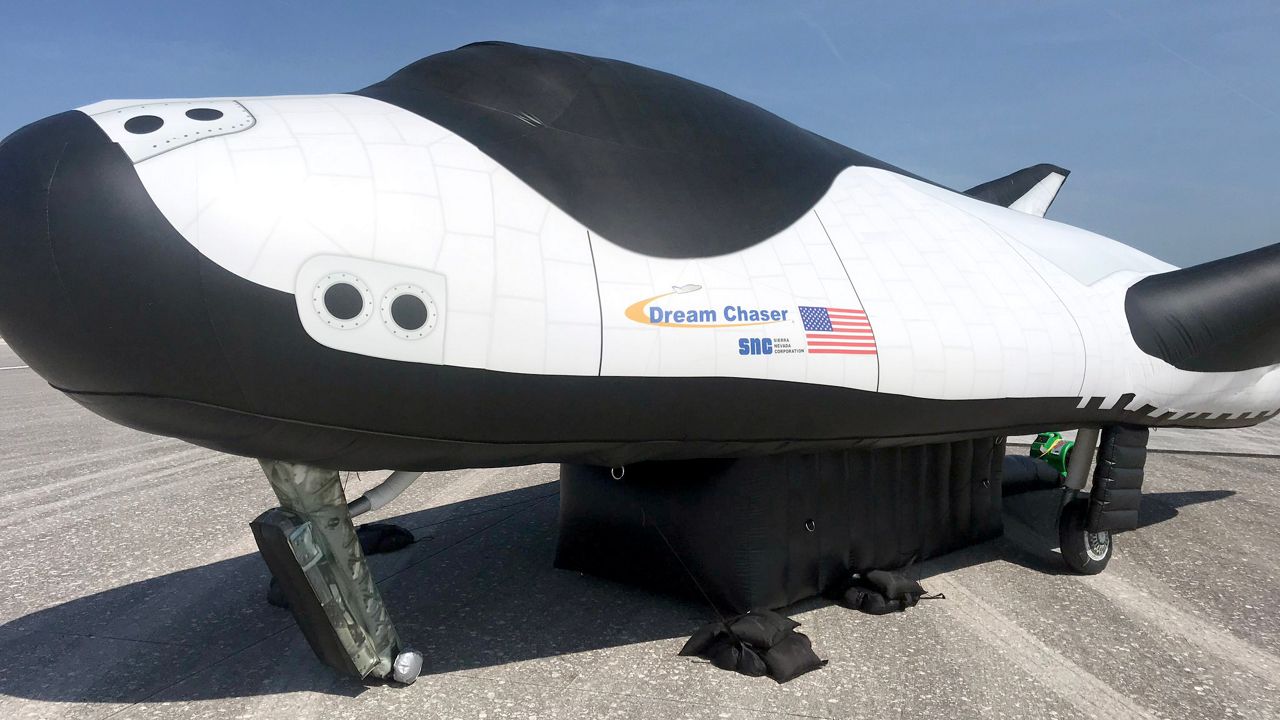 KENNEDY SPACE CENTER, Fla. — Kennedy Space Center in Florida continues to get busier with commercial space ventures, and the latest features a space plane that will ferry cargo to the International Space Station.

She was speaking about the former space shuttle landing facility, where the company's spacecraft, called Dream Chaser, will soon touch down after cargo runs to the ISS.

"I really can't wait to get back in the new vehicle," Kavandi said Tuesday, referring to the Dream Chaser, which looks like a small shuttle.

The reusable cargo craft will launch on United Launch Alliance Vulcan Centaur rockets on NASA resupply missions to the International Space Station. When they return, they'll land, like the shuttle, on the now Space Florida-operated Launch and Landing Facility.

"I'm very pleased that Sierra Nevada and Space Florida have the license for Dream Chaser now here at this facility, because that's what this runway was meant for," Kennedy Space Center Director Bob Cabana said during the news conference.

Since the space shuttle was retired 10 years ago, NASA turned over the runway to Space Florida. The Dream Chaser is another example of government and private partnerships for its use.

The partnership will lead to many highly skilled and highly paid jobs for Florida's Space Coast, though the exact number isn't known yet.

"As you well know how much it takes to process a spacecraft and get it ready to launch again, we are going to be taking into account a lot of talent," Kavandi​ said. "I think there's a lot of good work to be had here."

Sierra Space officials said their goal is to launch the first Dream Chaser resupply mission to the ISS in 2022. Potential crewed missions could follow down the road.