The core stage of the Artemis rocket pulls into the Vehicle Assembly Building at the Kennedy Space Center Thursday, where the Space Launch System will be assembled. (Spectrum News/Jon Shaban)

KENNEDY SPACE CENTER, Fla. — The gang is all here.

Every part of NASA's next generation rocket that will send astronauts on deep space missions is now at the Kennedy Space Center.

On Thursday, the 212-foot-tall Artemis core stage for the Space Launch System arrived on the Space Coast. NASA and Boeing say the rocket will be the most powerful ever built, and will be the largest currently in operation, standing at 322 feet when assembled.

"Im excited for people to finally see it," said Kristine Ramos, an SLS Systems engineer with Boeing. "I've been with it for so long and not a lot of people get to see it completely integrated, all the volumes and engines. For people to see it and the enormity of it, I'm hoping and really excited in seeing people just realize how big and powerful this is."

DELIVERED!
The 212 ft long, 27ft wide Artemis I core stage is now at the Vehicle Assembly Building ready to be integrated with the rest of the flight hardware previously stacked inside. #NASA #ArtemisI #WereGoing #Moon #News13Brevard pic.twitter.com/Dpj8jUy7Bw

It soon will join the Orion spacecraft to launch humans to the Moon, Mars and beyond.

The Artemis-1 test launch is set for November from Launch Pad 39B at Kennedy Space Center.

Right now NASA is targeting 2024 for the next moon mission, which will be the first since the Apollo missions in the early 1970s.

Now that the core stage is at Kennedy Space Center, crews will spend the next few months assembling the SLS inside the Vehicle Assembly Building.

Here is how the rocket will be assembled, according to NASA. 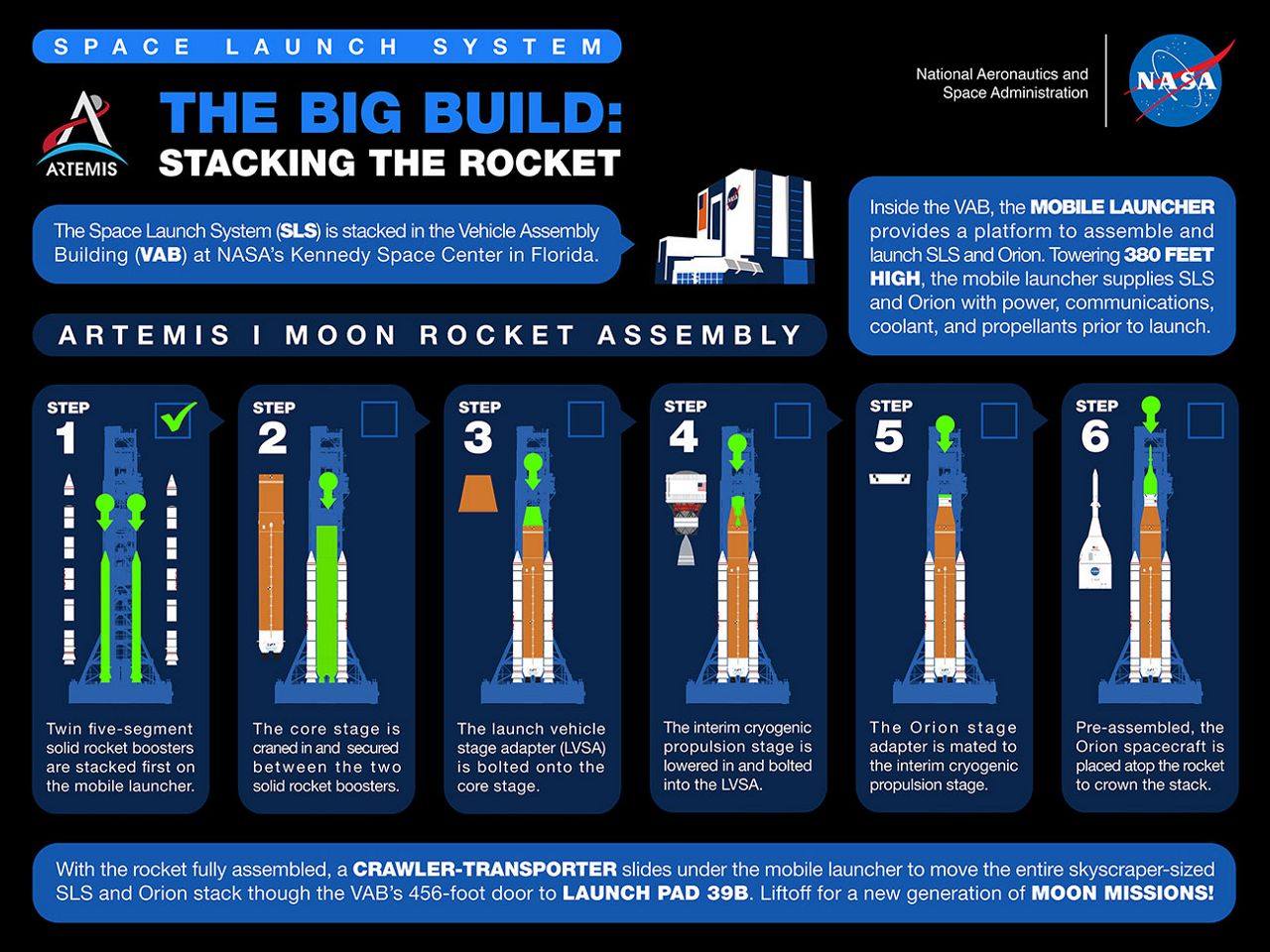