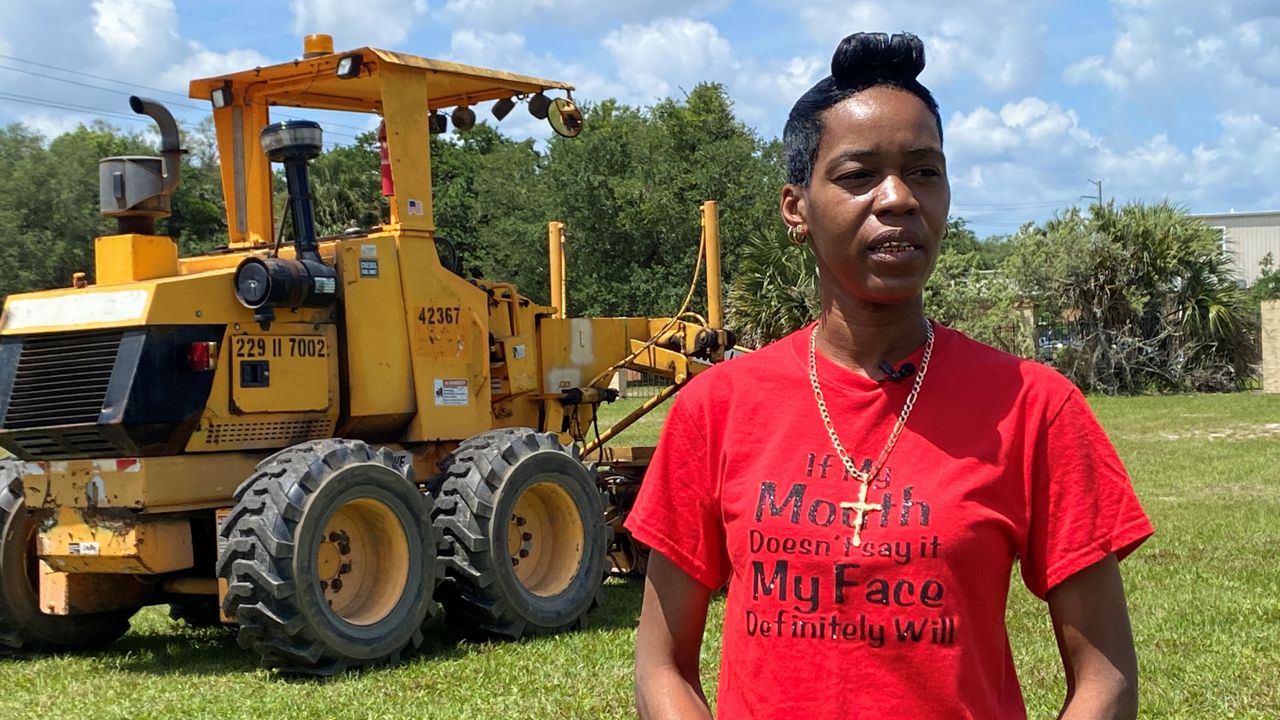 Leslie Thomas used to live at Lake Monroe Terrace, which was the former apartment complex at the site of the new Monroe Landings Apartments in Sanford. She said she declined an offer to move into the new complex because “I want to see the new generation come up and better themselves now." (Molly Duerig/Spectrum News 13)

Monroe Landings Apartments will provide 60 new units for low-income people in its first phase, eventually expanding to include at least 250 one-, two- and three-bedroom units.

Monroe Landings replaces Lake Monroe Terrace, the previous affordable housing community onsite. Those apartments were demolished in 2013 after the Department of Housing and Urban Development deemed them uninhabitable. Former residents of Lake Monroe Terrace will have first choice to move into the apartments if they choose, according to developer Wendover Housing Partners.

Thomas, who lived at the previous apartments for more than 20 years, said she doesn’t plan to move into Monroe Landings because she wants to see the next generation thrive there.

“I want to see the new generation come up and better themselves now,” Thomas said.

During the ceremony, founder and CEO of Wendover Housing Partners Jonathan L. Wolf acknowledged the history of Sanford’s Goldsboro neighborhood. One of the nation’s oldest African-American founded communities, Goldsboro was annexed into Sanford in 1911.

“By the beginning of this century, Goldsboro was one of the most underserved communities in Central Florida,” Wolf said. “And the folks who lived here had to bear the worst of it.”

Wolf said now, Monroe Landings will become a place that everyone from children to seniors can feel proud to call home.

“For years, the proud residents of Goldsboro have waited on the sidelines while various agencies and various financing parties tried to figure out what to do,” Wolf said. “Well today, that wait is over.”

Monroe Landings will be the first large-scale development in Sanford’s Goldsboro neighborhood in more than 20 years, per Wendover Housing Partners. It was made possible by the Sanford Housing Authority via the Orlando Housing Authority, which is temporarily overseeing the SHA pursuant to an agreement.

The project was also made possible with a 9% low-income tax credit and funding from Florida’s affordable housing trust funds, also known as the Sadowski funds. State lawmakers recently passed a bill that’s expected to permanently reduce the amount of tax revenue coming into that fund annually.

The first phase of Monroe Landings is expected to be complete next year. Application information will be announced closer to that time.