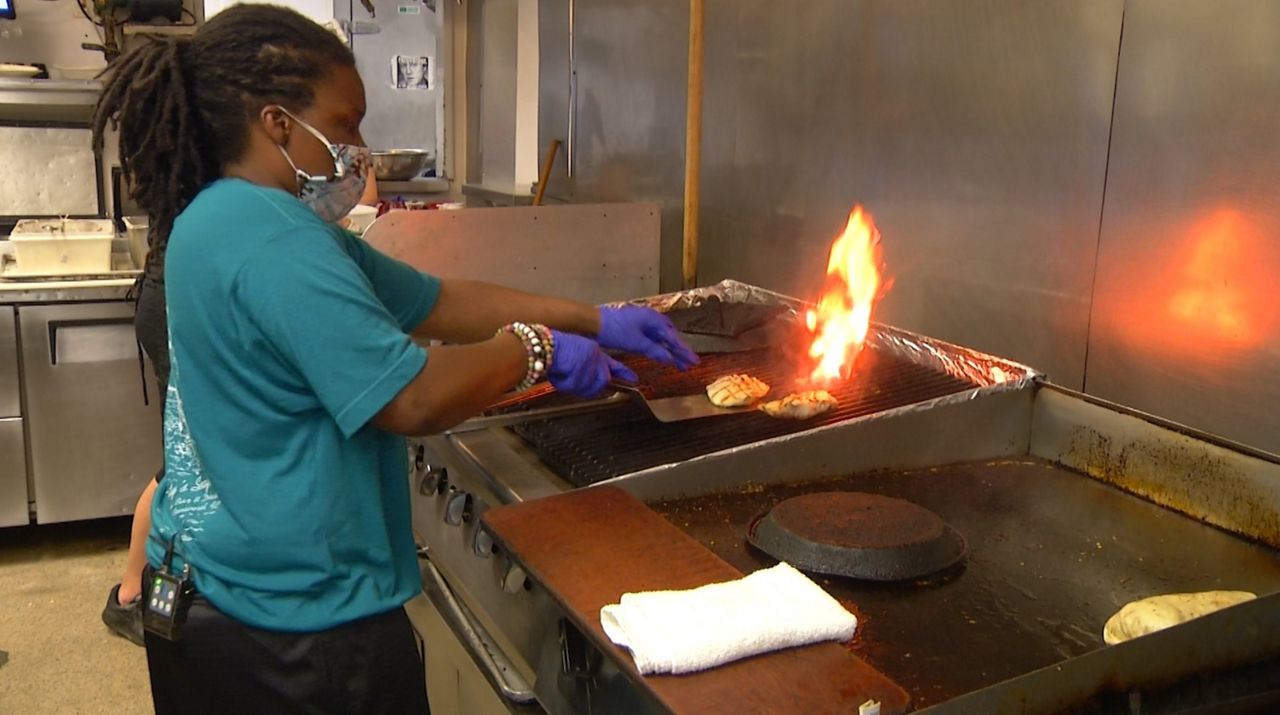 Rusty's line cook Quinna Edwards says she has talked with some former coworkers who were laid off because of the COVID pandemic. 'They are not in a hurry to get back to work,' she said. 'They're making more money sitting at home.' (Spectrum News/Jon Shaban)

PORT CANAVERAL, Fla. — Business is picking up for many hospitality industry businesses, but business owners are having a tough time hiring.

One restaurant worker we spoke with tells us laid-off employees aren't coming back because they are making more in unemployment.

For months, Edwards and her coworkers at Rusty's Seafood & Oyster Bar in Port Canaveral have been working long, tireless hours.

In normal times, the popular waterfront restaurant has 80 employees. Today, the restaurant is only at 60% of a full staff.

"We are understaffed,” Edwards said. “We need more workers."

Edwards, who has nine children at home to support, said she has talked with former co-workers who lost their jobs because of the COVID pandemic's economic hit.

For many people, jobs simply aren’t paying as much as unemployment, she said.

"They are not in a hurry to get back to work," Edwards said. "They're making more money sitting at home."

He said he is doing everything he can to retain the staff he has.

"They're making what they are hourly, and we are incentivizing them as best we can," Fischer said. "They are working seven days a week, some of them. The struggle is real."

Fischer said he doesn't blame anyone for the unemployment situation. There is the reality of shutting down looming, though.

"One of my buddies texted me this morning about the power of positivity, and it was perfect timing," he said.

Now is the time to act before it's too late, Edwards said.

The Florida Restaurant and Lodging Association, of which Fischer is a member, is meeting each week to figure out ways to better recruit potential employees, as early as high school.