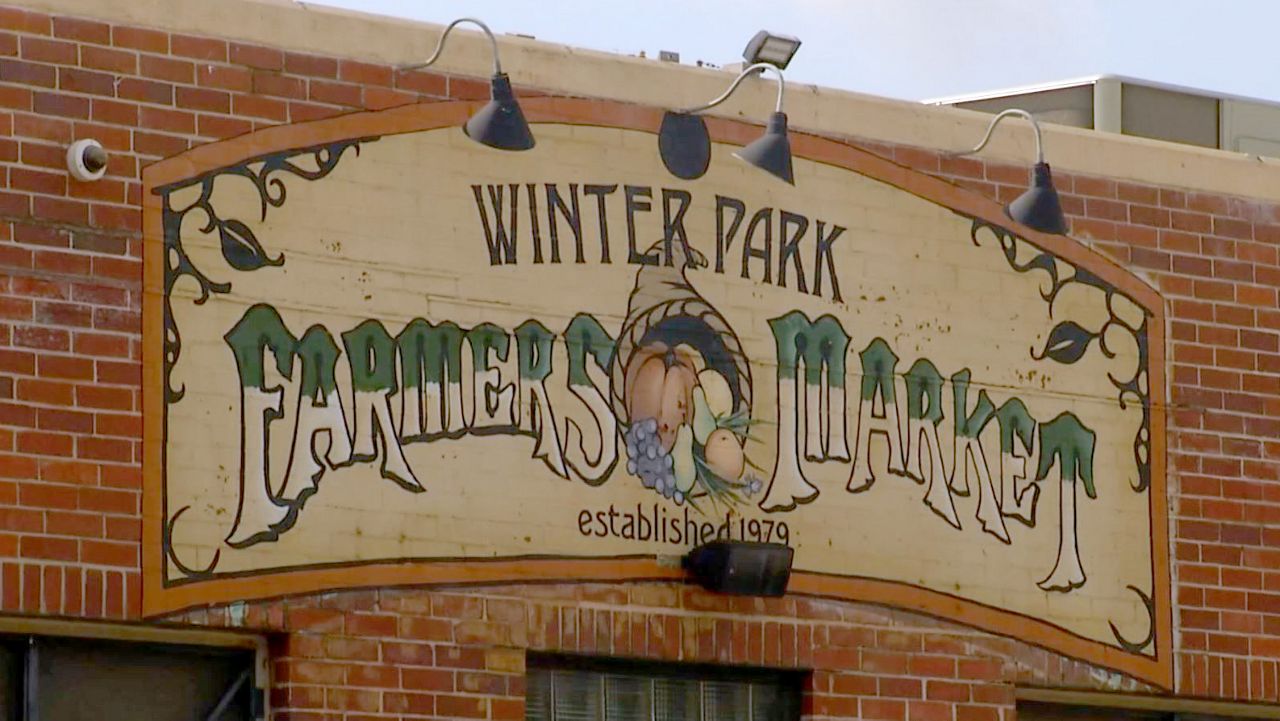 A single-use plastics ban on city property in Winter Park, which includes the Winter Park Farmers Market, will go into effect on May 11. (Spectrum News 13)

Winter Park's single-use plastics ban about to go into effect

WINTER PARK, Fla. — In an effort to boost sustainability and reduce plastic pollution, leaders in one Orange County city are making changes.

"We can tell the kind of litter we’re seeing in Winter Park. Most of it is small items, like plastic stirrers, plastic straws, little pieces of polystyrene or Styrofoam," she said. "They impact all our beautiful lakes people come visit. Everything is connected. It goes to our oceans."

While the City Commission passed the policy in November, inspired by similar policies of partners like the city of Orlando and Orange County, it officially goes into effect May 11.

It means that vendors like Olde Hearth Bread Company, that are fixtures at the city’s weekly Farmer’s Market, will need to comply or risk not getting renewed.

“They sent an email out and right away I was concerned, because a lot of our products we were packing in plastic bags," said Janice Talty, who owns the artisanal bread company, which bakes in Casselberry but distributes to spots across Central Florida. “Sustainability is important to us, so I reached out and got more information, so I knew what I was looking to go.”

Talty said that with some research and re-training, they made the switch to paper bags.

“As far as costs, it’s probably a little bit more. But we’re talking pennies more for the change in bag," she said.

And while Balta, who has long been passionate about protecting the planet, would love to expand the policy and include private businesses in Winter Park, she said that, for now, it's a non-starter.

“Our hands are kind of tied in a lot of ways by the state’s preemptions," she said, noting that other cities, like Coral Gables, attempted to pass more wide-reaching plastics policies and ran into roadblocks. “We can definitely raise our voices and let the state know, our representatives in the state, that this is important to us."

Winter Park will celebrate Earth Day with a virtual video series on their social platforms, starting today for the next month, with topics ranging from plastic pollution to solar energy.

Then on May 22, the city will hold a waste collection event, collecting household hazardous waste and e-waste. They will also be doing document shredding as they in tandem host their annual Arbor Day tree giveaway. The May event, Balta said, is open to all Winter Park residents.

“I definitely see local government as the place to make huge changes that will impact all our communities," said Balta. “The city is being a leader in this way.”