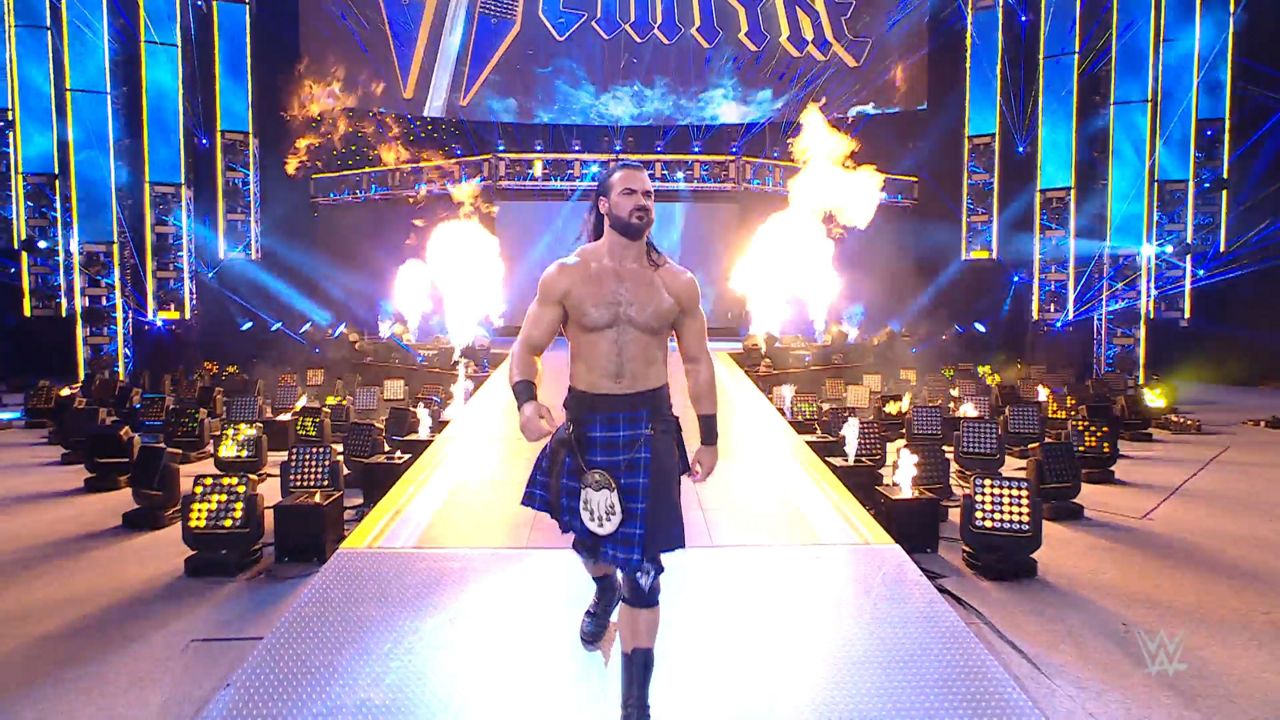 Drew McIntyre trained at the old Florida Championship Wrestling in Tampa. This weekend, he will headline WWE's biggest show of the year in the same city.

A weekend of firsts for WrestleMania in Tampa

On his way up, he trained at the old Florida Championship Wrestling in Tampa. It was a small facility where WWE used to send their prospects to learn from 2007-2012.

“I’ve been thinking about it a lot,” McIntyre said an interview. “I’d be lying if I said I haven’t driven down South Dale Mabry where the FCW training center used to be and looking at it and trying to appreciate how wild life is.”

Now McIntyre is back performing in Tampa, his new home, but this time wrestling for the WWE Championship on the biggest show of the year.

Great to chat with @DMcIntyreWWE on last time before #WrestleMania ! He's excited for his big title match tomorrow and gave @BN9 a thanks for our coverage ahead of the two-night show. #WWE pic.twitter.com/xvBVfI6Lqs

Her match against Sasha Banks will be the first time two women of color are competing for a title at WrestleMania.

“I just feel blessed and honored to be in this position,” Belair said in an interview. “There are so many women who broke barriers and laid the foundation so we can have this opportunity.”

Raymond James Stadium will host about 25,000 fans a night.

Though the capacity isn’t quite the same as a usual WrestleMania crowd, this will be the first time fans can see WWE in-person in more than a year.

It was so great talking to the "EST of WWE," @BiancaBelairWWE! We talked about her journey in #WWE leading up to her historic match with Sasha Banks at #WrestleMania in Tampa this weekend! @BN9 pic.twitter.com/VuzKrGuzs9

WWE is following a lot of the Super Bowl protocols for this event.  Fans will be seated in pods for social distancing. Masks and temperature checks will also be required for fans.

McIntyre says getting his moment in front of the fans is something he was been waiting patiently for.

“I’ll be standing with that title raised,” McIntyre said. “25,000 people are going to sound like half a million people going absolutely crazy in Raymond James.”