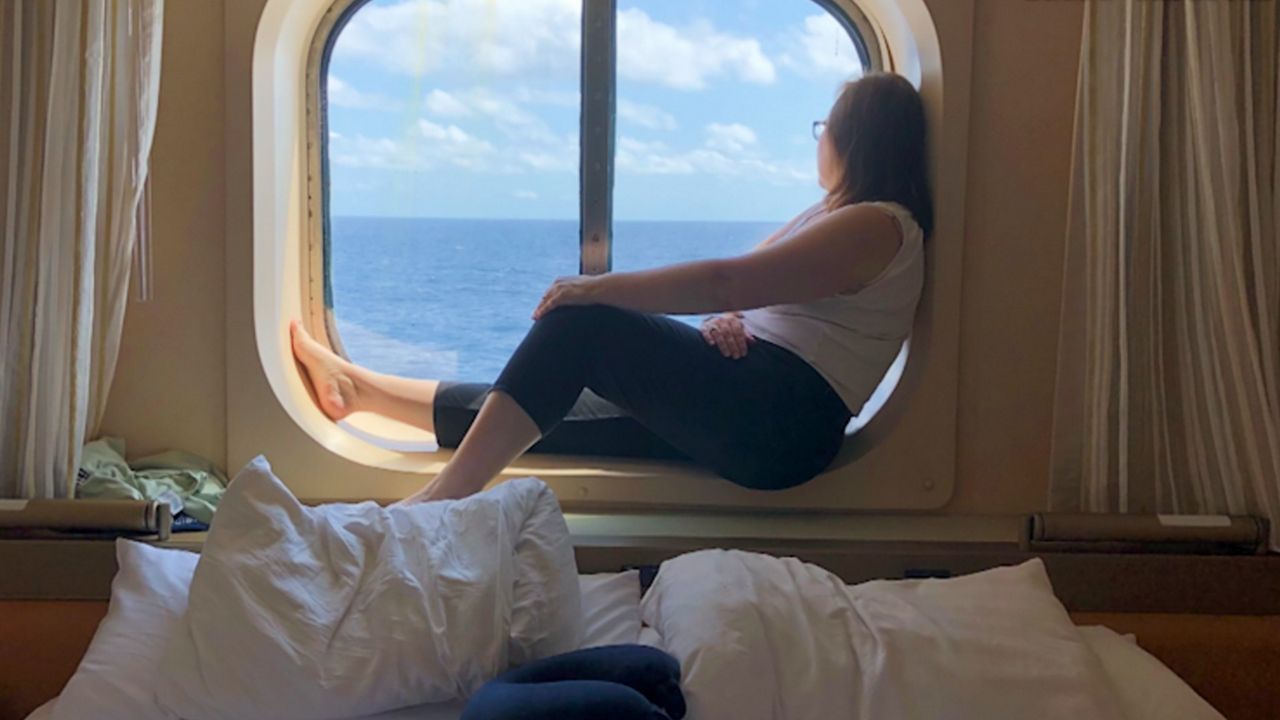 SEMINOLE COUNTY, Fla. – This week marks one year since the Holland America Zaandam cruise ship docked in Fort Lauderdale after spending weeks stranded at sea with dozens of people with flu-like symptoms.


​Laura Gabaroni and her husband Juan Huergo, both of Seminole County, were on board. They were originally supposed to sail from Asia, but that was canceled because of the virus. So, they decided to sail from her home country of Argentina.

"Given assurances by our own government, the CDC, the state of Florida and the U.S. government that it was safe to travel, we decided to book this cruise out of Argentina," Gabaroni said.

The trip was smooth sailing for about a week, until countries started to close their borders. Then the ship was heading to Fort Lauderdale, like the extended cruise route originally planned.

“On March 22nd, shortly after lunch, the captain announced that there had been several cases reported of flu-like symptoms on the boat and everyone needed to return to their rooms and remain there," Gabaroni said.

The ship ended up spending 19 days at sea, with a 12 day in-room quarantine.

“We’d pull the tray into the room, disinfect everything, eat, and then pull it back out, knowing of course that the crew may be infected," she said.

Gabaroni documented their experience in her book "19 Sunsets in a Gilded Cage," available on Amazon.

After about a month on board, the ship was able to dock on April 2 in Fort Lauderdale, with at least four people dead.

The CDC issued a no-sail order which is still in effect. Still, some cruise lines are trying to get back on the water this summer.

Gabaroni feels safety challenges have to be addressed first, like the traditional close quarters and large gatherings on board.

"If people do abide by the rules, they wash their hands, they use hand sanitizer, and they wear their mask when they're not eating or drinking, I think that helps the situation significantly," she said.

Gabaroni said it was a traumatizing and terrifying experience, but plans to eventually cruise again.

“I really, really hope that we can figure out a safe way to do this, so nobody has to live through what we lived through, and I’m speaking from someone who made it home safely with my spouse, and not everybody did," she said.

Last week, at Port Canaveral, Governor Ron DeSantis called the cruise industry essential to Florida's economy. He's urging the CDC to rescind sailing restrictions so cruise workers can get back on the job.​