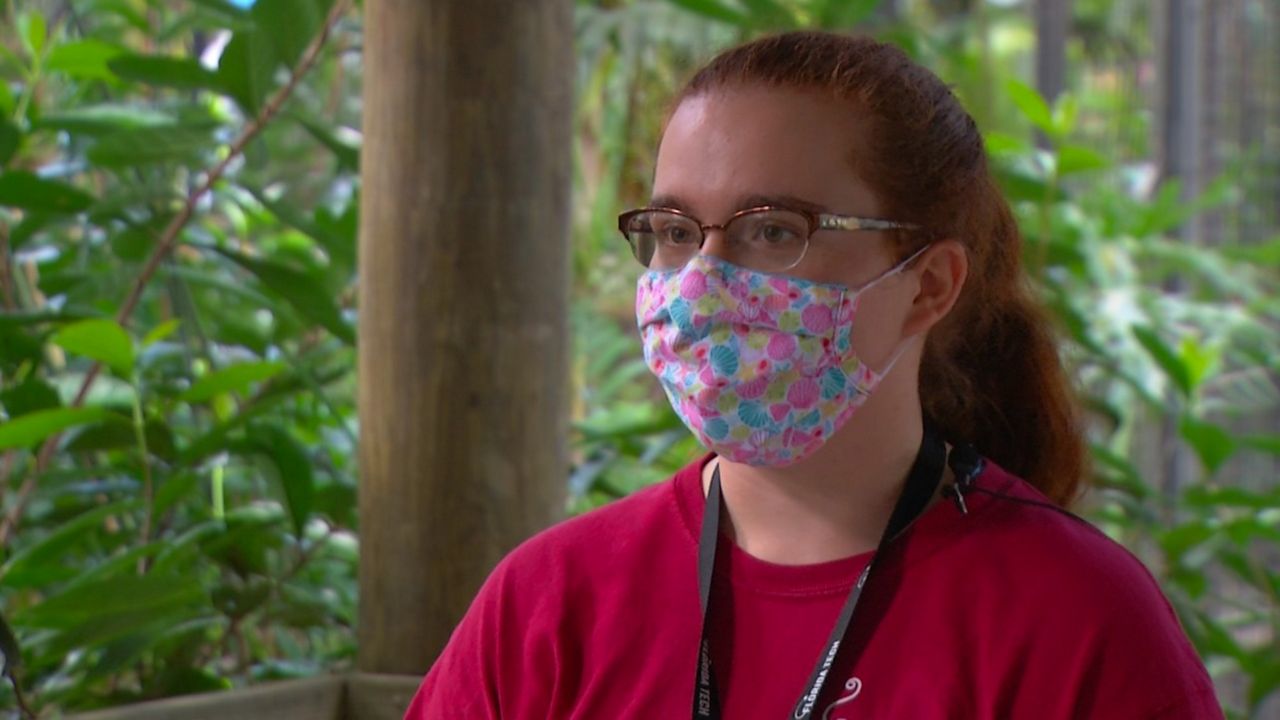 Florida Tech student Emily Anne Almodovar Warner, getting experience at Brevard Zoo, is studying how black bears interact with humans. She is one of a growing number of women researchers, who are the focus of International Day of Women and Girls. (Jon Shaban/Spectrum News)

MELBOURNE, Fla. — Thursday is International Day of Women and Girls in Science, with part of the focus on the gap between men and women in STEM (Science, Technology, Engineering, and Math) careers.

Florida Tech senior Emily Anne Almodovar Warner could close that gap as she works on a thesis about Florida black bears and their interaction with people.

Almodovar Warner, the daughter of a horse trainer and equine vet, is getting experience at the Brevard Zoo with the bear named Cheyenne.

“[The focus is on] how and why do animals think the way they do," she says.

"Pretty rare for undergraduates to get experience, especially in areas like animal behavior," says Florida Tech’s Dr. Darby Proctor, her professor and mentor.

According to data from the United Nations Educational, Scientific and Cultural Organization (UNESCO), less than 30% of the world's researchers are women.

Proctor says Almodovar Warner is a star student and a woman who can follow in her footsteps to a STEM career.

"She's still building all those same scientific skills and research, data collection, and analysis that she can use in any area," Proctor says.

The professor doesn't want the limited number of women’s researchers to sway Almodovar Warner’s decision to pursue her dream job.

"The only way you have good science is when you have diversity of ideas," Proctor says. "So you need diverse scientists to be able to do that."