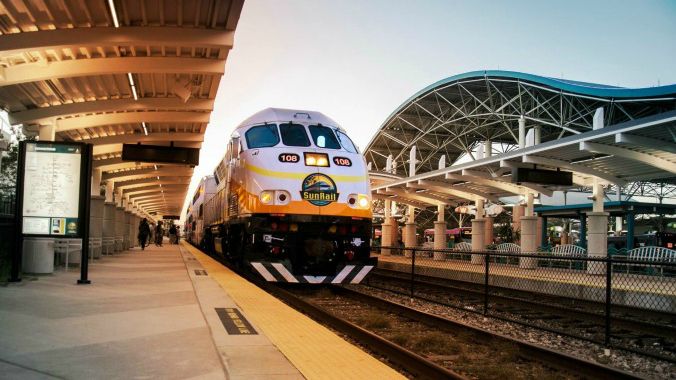 Extra on Getting There: SunRail to Take First Step Toward Airport Connection

ORANGE COUNTY, Fla. — SunRail is taking on three big issues in 2021, including the first step towards connecting to Orlando International Airport.

“It is a game changer,” said Seminole County Commissioner Bob Dallari, who is also a member of the Central Florida Commuter Rail Commission.

The rail commission is set to meet Thursday and move forward with a Memorandum of Understanding with Brightline, the private high-speed rail service that’s connecting Miami to Orlando’s airport. Brightline is also planning to bring service from OIA to Tampa, and that’s where SunRail comes in.

SunRail will work with Brightline to explore a stop at SunRail’s Meadow Woods Station in southern Orange County.

The consultants will help as local agencies prepare to take control of SunRail from the state. It’s a huge financial burden for our counties and cities that was supposed to happen this year. But not anymore, according to Dallari.

“The agreement basically spells out that local control, before we take over local control the state has to operate SunRail for 7 years, but it's 7 years after it's completed. Well, there still going to DeLand so I think it's not completed yet,” Dillari said.

That leads to SunRails’ third big item of 2021: planning a DeLand stop.

Despite some trepidation, Volusia County is now giving the go ahead for the state to build a DeLand SunRail station. The rail commission will look at cheaper options to move forward.

“It's all about ridership, the more ridership we have the cheaper it is for the average person,” said Dillari.

You can attend online or go in person at the LYNX Central Station Administration Building in downtown Orlando.

Attendees joining from a computer, tablet or cell phone can register for the meeting here.