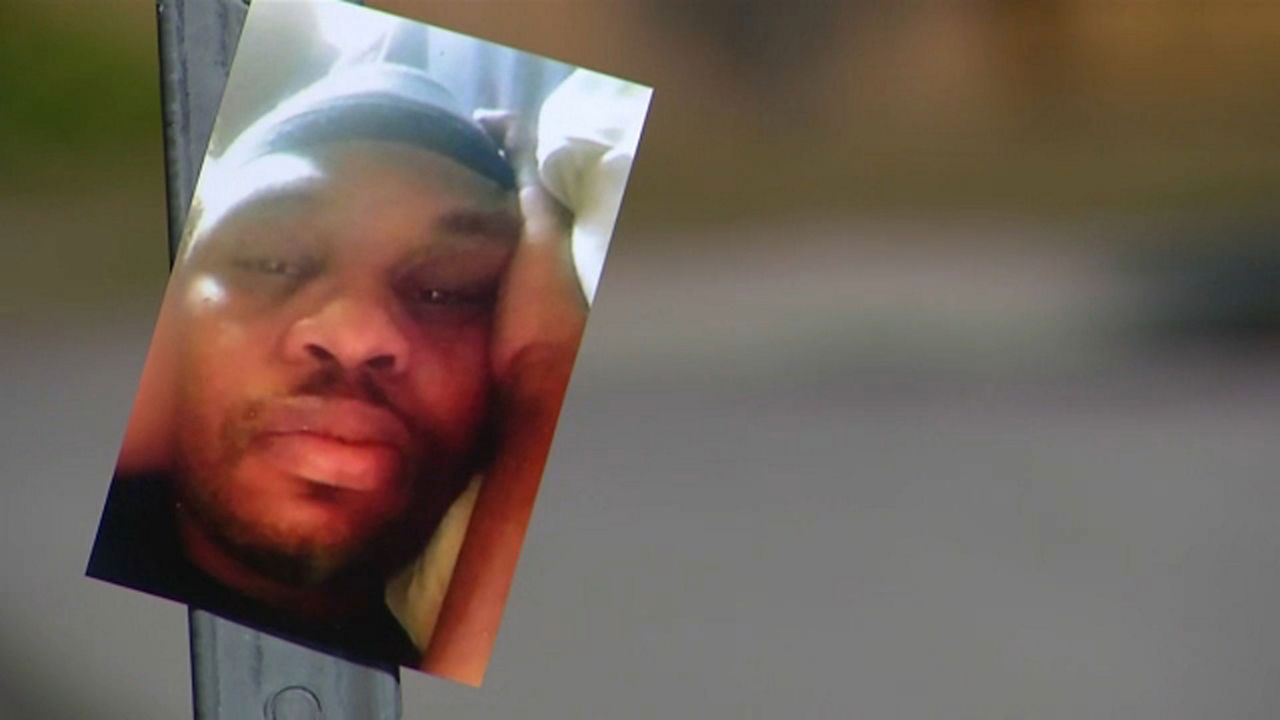 Christopher Perkins was shot and killed during a home invasion on Brampton Court in 2016. (Orange County Sheriff's Office)

ORLANDO, Fla. — Investigators are sharing new video with our Watchdog team that they say shows events leading up to the murder of 38-year-old Christopher Perkins.

Someone shot and killed Perkins during a home invasion on Brampton Court in 2016. At that time, investigators released home surveillance video showing a group of men kicking in Perkins’s front door and rushing into the home.

Investigators say this new video shows what they believe are the men scoping out Perkins’ home and driving up minutes before the murder took place.

Perkins’s mother Lisa Simon remembers the night she got the call about her son.

“I saw my phone was ringing because it was on silent, and the man on the other line said Chris had been shot and I said shot…and he said yes, Chris has been shot,” Simon said.

Video: Christopher Perkins's Sister: Was it Worth it?

Perkins's sister says she would like to know if the killers thought shooting her brother was worthwhile.

“Was it worth it? Because no matter how I feel about it, how his mom feels about it, the justice system, they have to answer to God,” Cuencas said.

Orange County detectives say seven men kicked in the front door. Chris jumped out a window, and someone shot him dead on the street outside.

His teenage daughter is now left without a father.

“His daughter needs him, really bad ... she needs him,” Cuencas said.

As years passed and no new leads developed, the case went cold. With a fresh set of eyes, investigators are now reviewing files — sharing a key piece of evidence never seen before.

Nutting heads up the Cold Case Unit at the Orange County Sheriff’s Office.

“It is very, very likely that he was targeted,” Nutting said. “The suspect vehicles we feel comfortable identifying is a Chrysler 300 and a Dodge Charger, and we believe the suspects made several passes by that house, by Chris Perkins's house, throughout the evening.”

Nutting hopes the new video could be the piece missing to this jigsaw puzzle of a case.

"You may have a piece over here that you don’t think was very important but combined with all the other pieces … can build a picture of what happened,” Nutting said.

It’s a puzzle that both Simon and Cuencas want solved.

“Somebody on that street saw that car going back and forth, they had to … thanks be to God that I’m not bitter, but I want them to know that they took something precious from me,” Simon said.

“If you know something or if you just know who, just let them know so we can have some peace,” Cuencas said.

It's a peace they both hope will heal their tears and forever erase the stain on Brampton Court.

Video: Christopher Perkins's Mother: He was a Person Too

Investigators say Christopher Perkins did have a criminal past, which may be connected to this case. If you recognize the men in this video or have information to help solve this case call Crime Line at 1800-423-TIPS.​