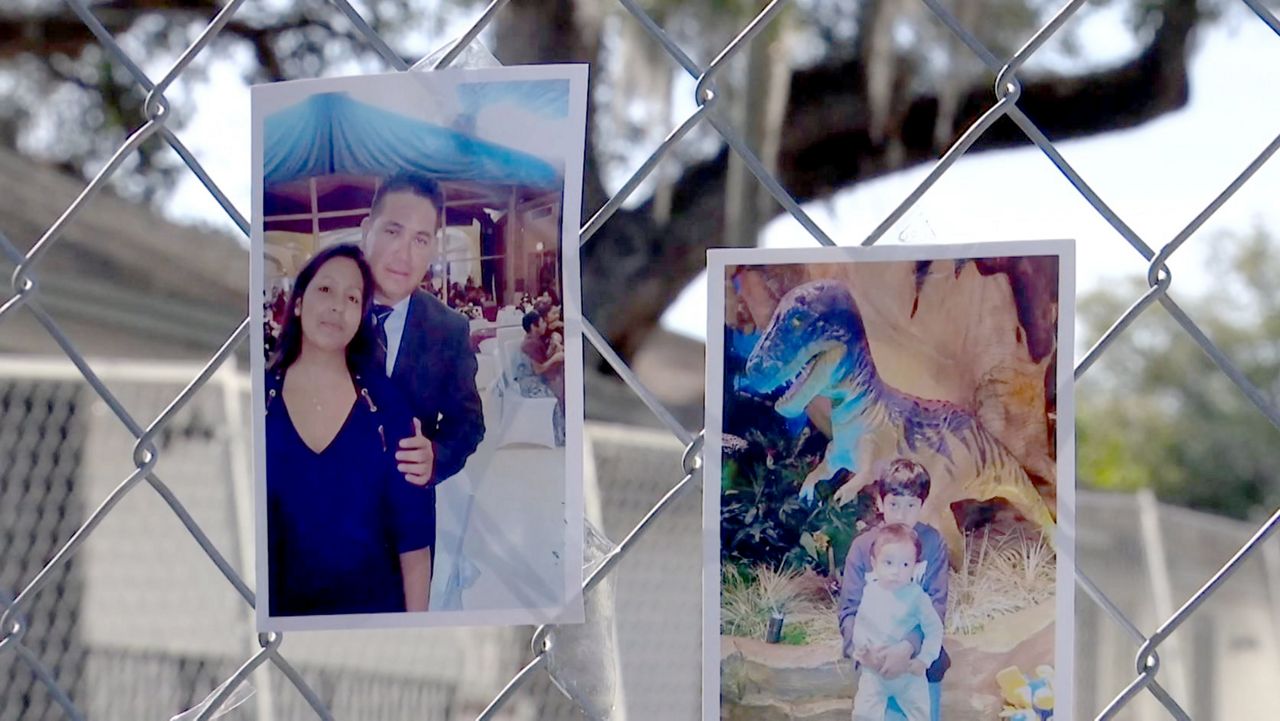 Eduardo's wife was deported in February 2020 to El Salvador and his two children went with her despite being U.S. citizens because he couldn't care for them due to his work. (Spectrum News 13)

FLORIDA — In his first week in office, President Joe Biden is proposing a sweeping immigration bill called the U.S. Citizenship Act of 2021 that would create an eight-year pathway to citizenship for undocumented immigrants.

In order to receive temporary protected status to start their path toward citizenship, undocumented immigrants would need to pass a background check and would need to be in the U.S. since at least the start of 2021.

“After five years in that status and demonstrating good character, paying your taxes, you will be eligible to become a lawful permanent resident,” Nayef Mubarak an immigration lawyer said. “You will then maintain this status for three years before you obtain the citizenship of the United States.”

It’s something that brings hope to Eduardo, an undocumented immigrant from Mexico who lives in Central Florida.

“That’s the dream all of us living together without the fear of deportation,” he said.

Eduardo’s wife was deported in February 2020 to El Salvador. His two children went with her despite being U.S. citizens because, with his work hours, Eduardo wouldn’t be able to care for them.

“There are a lot of parents going through the same thing. It’s difficult for a parent to be torn away from their children,” Eduardo said. “I sacrificed seeing my family in order to work and support them. I had to stay here.”

Because of his legal status, he can’t leave the country and securely reenter.

The bill also states the Secretary of the Department of Homeland Security can waive the presence requirement for undocumented immigrants who were deported on or after January 20, 2017, so they can receive temporary protected status as well.