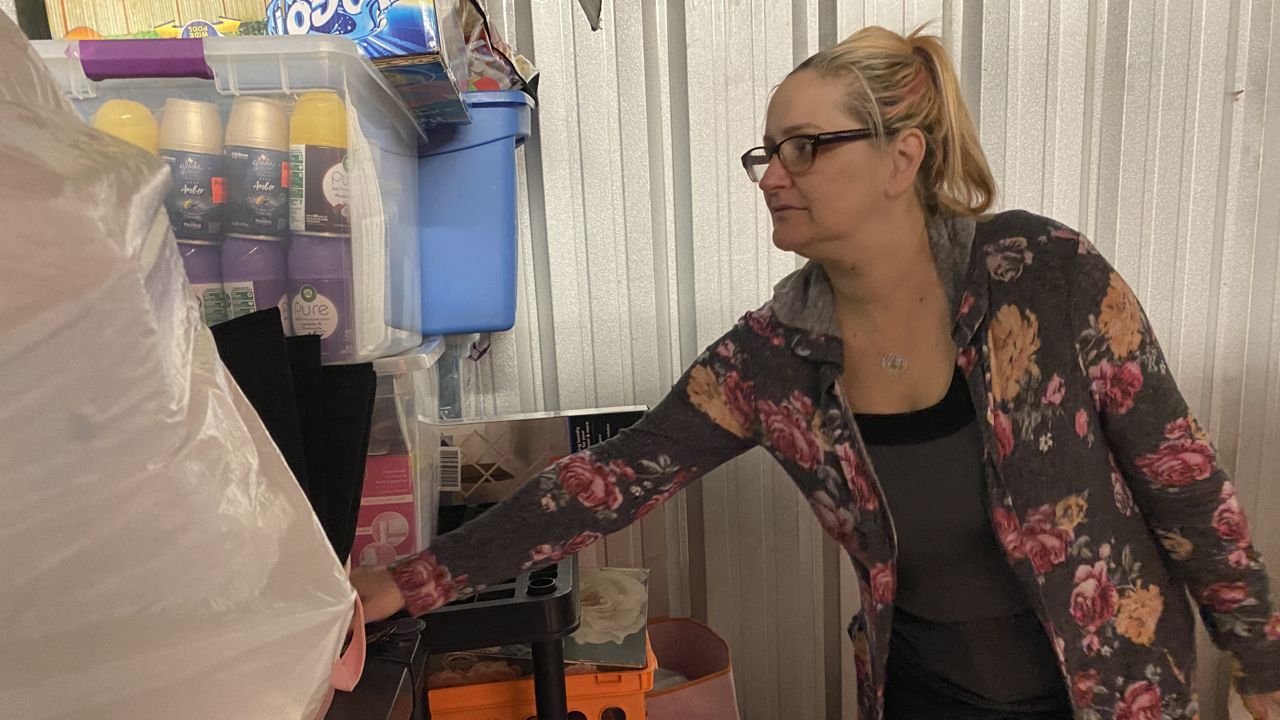 APOPKA, Fla. — Heather Trammell has had a hard life. But she feels she’s done her best to be proactive and pull herself and her children out of their tough beginnings and into a more stable position.

Eventually, after working and saving long enough, she was able to leave and buy a home, Trammell said.

“I did it all myself, no husband, and I was on disability,” said Trammell, who said she suffers from an autoimmune disorder and some mental health challenges.

About three years ago, Trammell sold that home and moved into her current home, which she rents with her partner.

Things were going pretty smoothly, she said, until the coronavirus pandemic hit and her partner lost work. Since then, it’s been an uphill battle to make ends meet.

“We didn’t even do presents under the tree this year,” said Trammell, who has four kids living at home between the ages of 2 and 20.

While her partner keeps looking for work, Trammell picked up an overnight paper route and desk shift at a newspaper distribution center. But it’s still nowhere near enough to bring them up to speed. The family received an eviction summons in October for a past due amount of over $11,000, court records show.

Trammell said she applied to Orange County’s eviction diversion program in October – but her rental company declined to participate.

Orange County’s program, which provides back rent payments of up to $4,000 directly to landlords, has halted thousands of evictions from moving forward during the pandemic. But the program requires landlords to agree to participate, and to sign an agreement promising they won’t initiate any new eviction proceedings against the tenant for at least sixty days.

For some landlords and property managers, that’s just not worth it. Some who do sign onboard turn around and immediately file a new eviction complaint, anyway, according to Jeffrey Hussey, director of public interest & litigation at Community Legal Services of Mid-Florida, which helps administer the eviction diversion program.

It’s easy to stop those eviction attempts in their tracks with the signed eviction diversion program agreement on record, Hussey said. Still, that hesitation on the part of many landlords and property managers is important to consider as another complex layer to the ongoing COVID-19 housing crisis.

“I think we’re going to have to be creative to come up with a solution that’s not going to punitively penalize both the landlord and the tenant,” Hussey said.

Struggling tenants with an eviction on their record may find themselves unable to rent any safe, stable housing in the future – even if their eviction came about as a result of someone in the home losing income due to COVID-19. While no firm national policies are in place to help solve this problem, Hussey said he’s heard some housing industry advocates bounce ideas around.

“There’s been talk about, you know, maybe creating some way to expunge evictions from people’s records, or to be able to somehow label them ‘COVID eviction,’” Hussey said. “Something like that, so it doesn’t hinder their ability [to find housing] once they get on their feet.”

Trammell was able to use the federal eviction moratorium put forth by the Centers for Disease Control and Prevention to temporarily halt her eviction from moving forward. But the moratorium, which took effect in September, is just a temporary fix for her and many other families struggling to remain stably housed throughout the country.

The current moratorium, while undoubtedly stopping some evictions from moving forward during the pandemic, has “significant shortcomings that undermine its public health impact,” according to a group letter drafted by the National Low Income Housing Coalition and more than two thousand other organizations.

The group letter is a plea to president-elect Joe Biden to immediately improve the current federal eviction moratorium and extend it until the end of the coronavirus pandemic.

“They need to give us COVID eviction forgiveness. We need to be forgiven,” Trammell said.

Hussey said while blanket forgiveness may not actually be the easiest or most effective solution, one thing is clear.