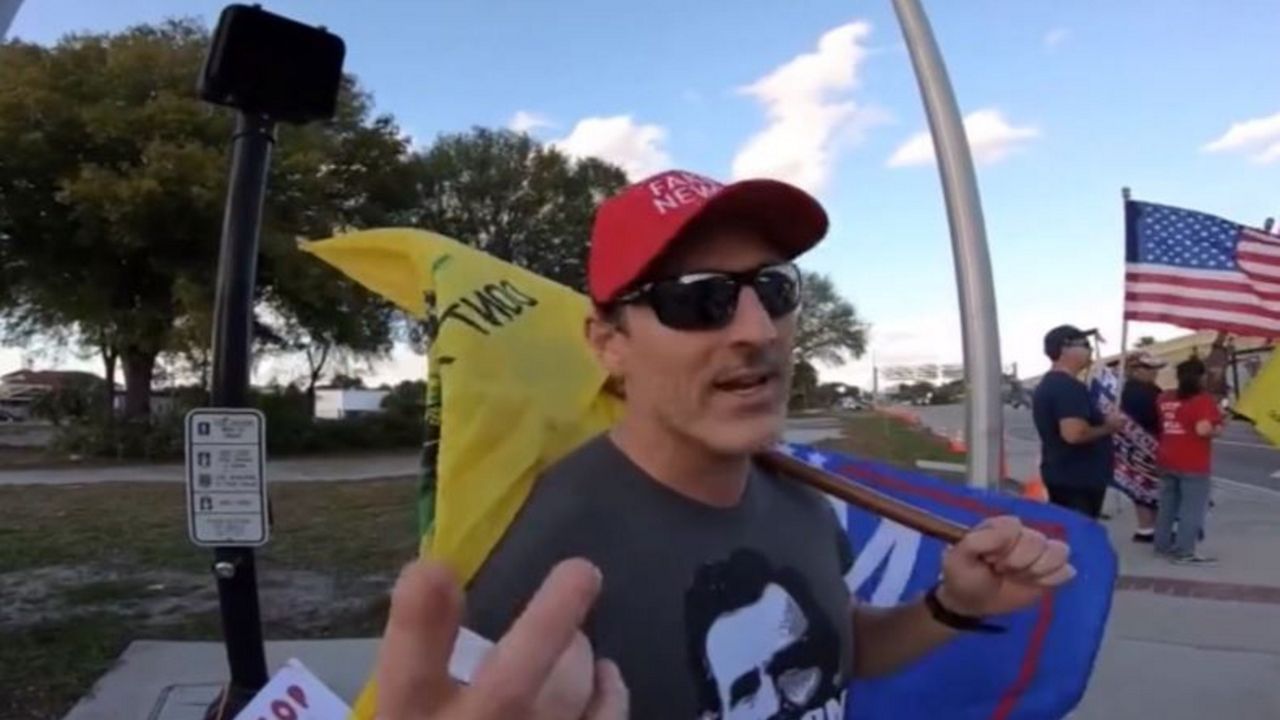 In a video posted on Rumble on January 5, the day before the storming of the U.S. Capitol, Casselberry Vice Mayor Mark Busch said, "They got the pitchforks and they got the torches, and if they don’t do what they should be doing, watch out, all bets are off, and you know what, maybe we have to go through that because they’re just not listening to us!” (Photo from Rumble video)

CASSELBERRY, Fla. — Some Casselberry residents are calling on one city commissioner to step down after he made comments on video last Tuesday that seemingly supported actions in the nation's capital similar to those that occurred the next day.


At the Casselberry City Commission meeting Monday, several residents spoke out against Commissioner and Vice Mayor Mark Busch after discovering inflammatory comments he made on an online video the day before a pro-Trump mob stormed the U.S. Capitol.

“He has no right to be a face of leadership for our beautiful, diverse community of Casselberry,” resident Emily Orey said.

In the video posted to a site called Rumble, Busch is seen holding a flag and talking about the election with other Trump supporters on a street corner in Casselberry on January 5.

When talking about crowds that were expected to gather in Washington the next day, Busch says: "They’re foaming-at-the-mouth mad right now. They got the pitchforks and they got the torches, and if they don’t do what they should be doing, watch out, all bets are off, and you know what, maybe we have to go through that because they’re just not listening to us.”

Stephanie Fuller said those comments showed approval of the violence that rocked Washington.

“I thought he was basically saying that anything was on the table, that whatever actions anyone chose to undertake when they went to the Capitol was OK,” Fuller said.

She and others at the meeting called on Busch to resign.

After listening to the comments from Casselberry residents, Busch apologized for his words.

“For that, I do apologize to the City of Casselberry and to all the residents,” he said.

When pushed on what he meant by those comments, he said he made them before he knew what would happen. He also maintained that he condemns the violence.

He said he had no plans to resign "at this time."

Commissioner Chad Albritton said he’s calling for an investigation by the city into Busch’s comments.

“If an investigation is conclusive, then I think we need to censure our commissioner,” Albritton said.

No other commissioner or the mayor spoke on the matter.