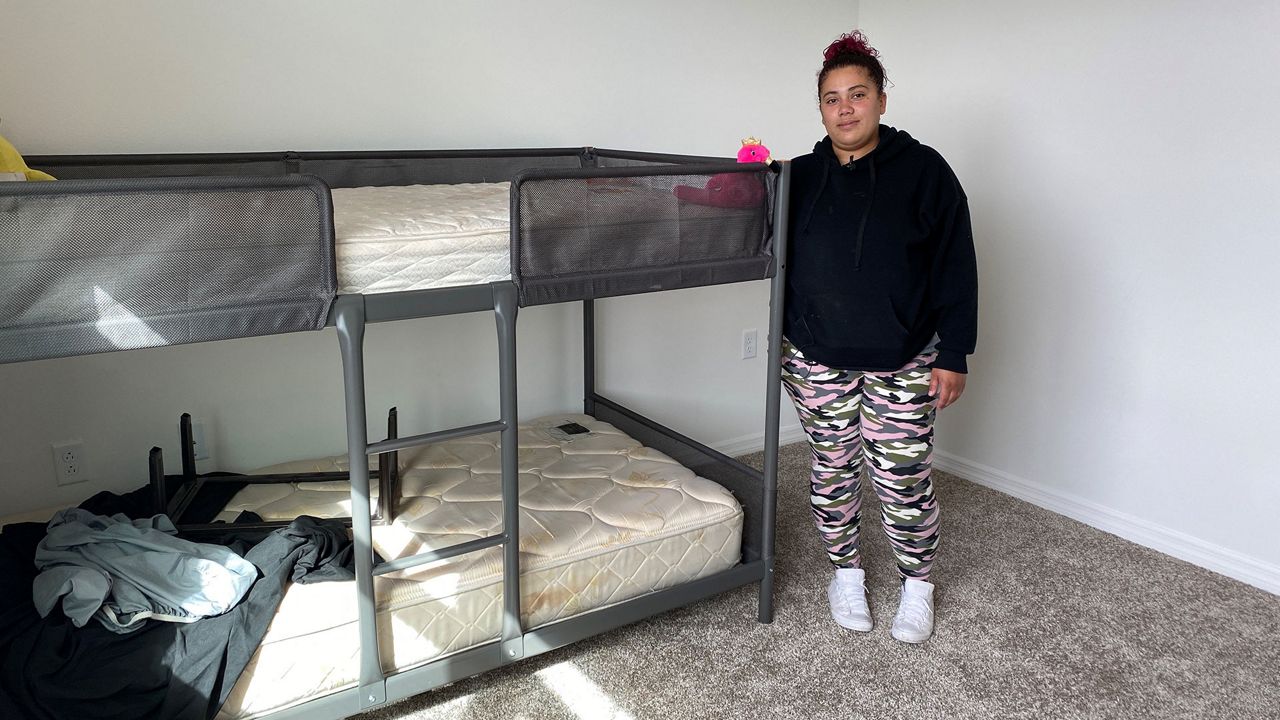 Kristen Trinidad stands inside one of the bedrooms in her new apartment at Gannet Pointe. (Molly Duerig, Spectrum News)

“We shouldn’t be living like this,” said Kristen Trinidad back in November, from a hotel room along Osceola County’s 192 Corridor. She and her husband lived there with their six children – all under the age of nine – for all of 2020.

It’s a story all too familiar here in Central Florida, where an affordable housing deficit makes extended-stay motels and hotels the most viable housing option for some lower-income families. It's true especially for people who have low credit scores, past evictions or other legal issues on their records. It can be incredibly difficult to move from a hotel room into a more stable, permanent living situation.

Trinidad and her family are among the first. She said when they came to sign their lease this week, they brought the children, telling them they were stopping by the apartment community to visit a friend.

When they arrived at their new three-bed, two-bath unit, Trinidad’s oldest daughter, eight-year-old Anaila, asked why the place was so empty — and how her parents had the key.

“We tried to play it off that, 'oh, we went to the wrong place' or something like that,” Trinidad said. “When we told them, they were just jumping for joy.”

Trinidad described the opportunity to live at Gannet Pointe as a “blessing.” She worked with Osceola nonprofit Community Hope Center, who helped connect her with the community and provided some financial assistance. Trinidad said the family is hoping to stay for a few years, save money for a down payment, and eventually buy their own home to raise their children.

This is Kristen Trinidad & her family in November. They lived in this hotel room together with Trinidad's husband for all of 2020.

Yesterday, I got to visit Trinidad at their new Kissimmee apt by @AbilityHousing.

Watch for the story, online and @MyNews13 #affordablehousing pic.twitter.com/77LLhRaOlp

That’s exactly the purpose for this type of affordable housing, according to Ability Housing President and CEO Shannon Nazworth. The group aims to provide housing that, in the best case, is a stepping stone for individuals and families who have struggled in the past but are dedicated to working toward a better future for themselves.

“One of the reasons we took on this project is to help with the families living in hotels along 192. It was really one of the prime drivers for prioritizing this project,” Nazworth said.

One provision in the COVID-19 relief and stimulus package passed by Congress in December could help. The relief bill establishes a permanent floor for 4% credit in the federal Low Income Housing Tax Credit (LIHTC) program, which provides tax incentives to encourage developers to create affordable housing. That change could translate to as many as 126,000 additional rental homes over the next decade, according to the National Low Income Housing Coalition.

With Gannet Pointe, Ability Housing collaborated with Osceola County, area nonprofits and homeless services providers to identify people who would benefit the most from living in a community like this one, where on-site case management officers are available to connect residents to resources that can continue to help stabilize and improve their lives. 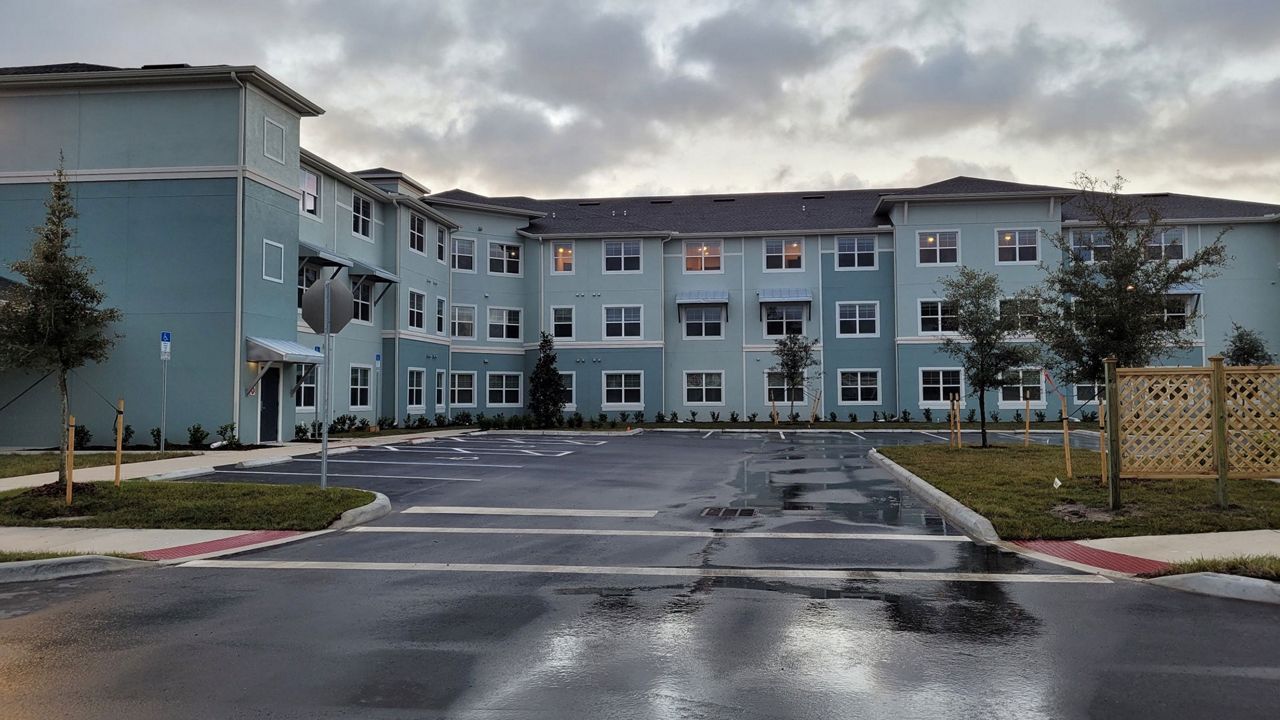 Gannet Pointe is moving residents into one building while the other should be completed in March. (Molly Duerig, Spectrum News)

Ability Housing’s motto, “housing first, not housing only,” addresses the fact that for folks in need of this type of affordable housing, it’s about much more than a roof over their heads.

For Trinidad and her children, it’s about peace, stability, and hope for the future.

“We thought we were never going to get out of the hotel. We thought nobody was going give us a chance,” Trinidad said. “And we found a place to call our home.”

One of Gannet Pointe’s two planned buildings is complete and moving residents in. The other building is currently scheduled to be complete and ready for move-in by March, according to Ability Housing. You can learn more about Gannet Pointe by emailing gannetpointe@royalamerican.com or calling the management office at (407) 791-2295.