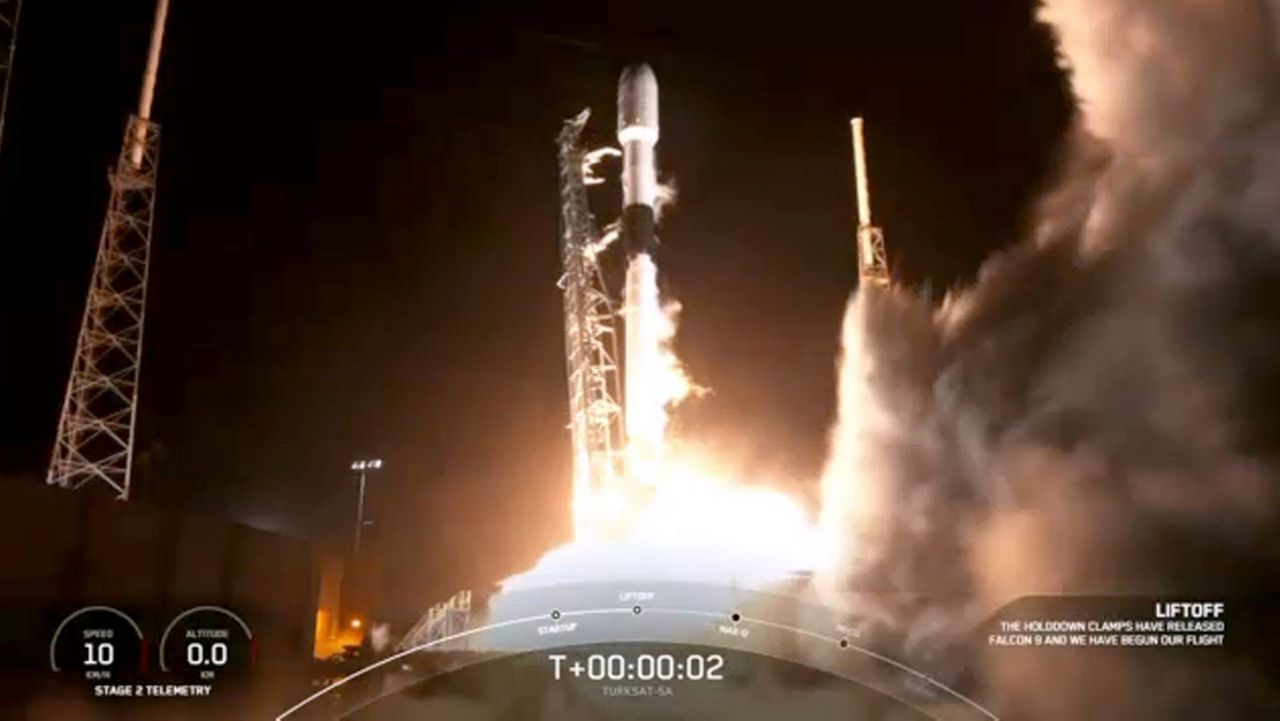 Launching from Pad 40, the 7,500-pound satellite was sent into orbit, where it will provide data services for Turkey, the Middle East, and parts of Africa.

There was a four-hour launch window for the Falcon 9 rocket, which was originally set to open at 8:28 p.m. EST. The launch time was eventually set for 9:15 p.m. EST.

Approximately eight minutes after liftoff, the Falcon 9 first-stage booster was set to land on a SpaceX drone ship stationed about 400 miles from Cape Canaveral in the Atlantic Ocean.

SpaceX had expected a 70% percent chance of favorable weather ahead of the launch.