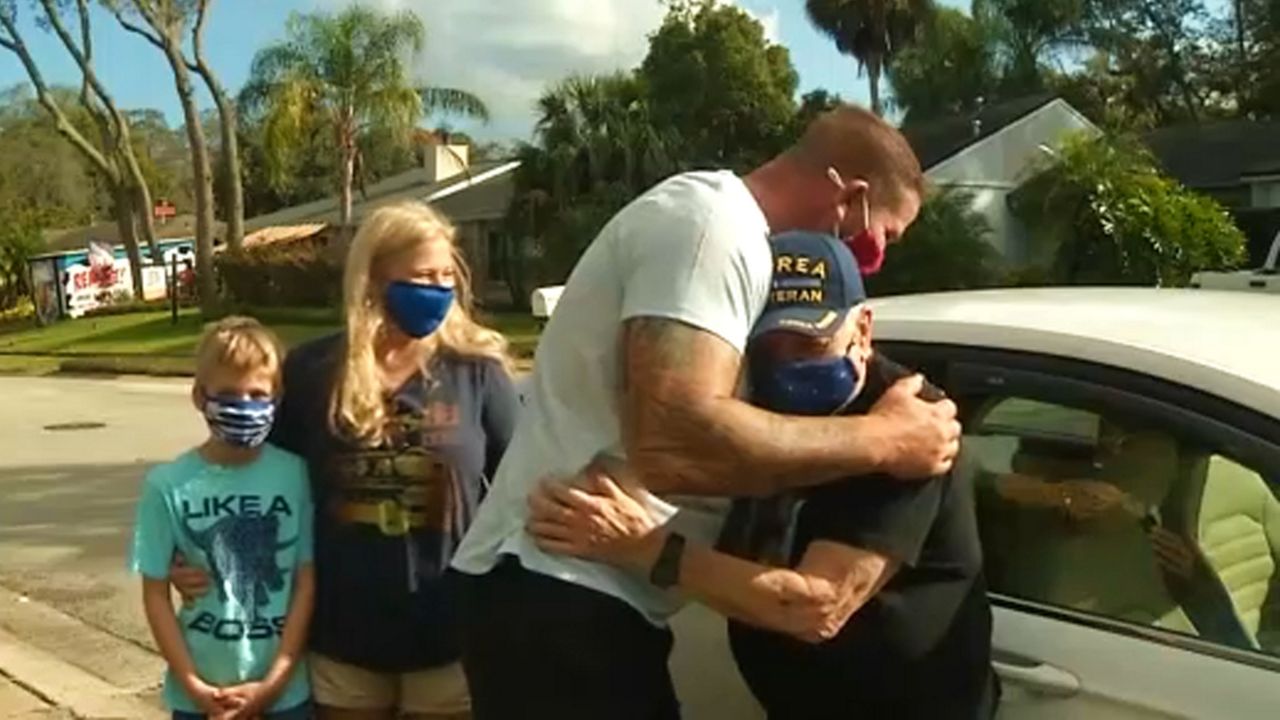 Veteran Edd Sinnett (right) hugs Longwood City Commissioner Matt Morgan as they talk about the new roof being put on Sinnett's home. Neighbor Jennifer Rigdon (second from left) says Sinnett is one of the friendliest people she knows. (Spectrum News 13)

LONGWOOD, Fla. — It was a life changing labor of love when neighbors rallied to help another neighbor in need.

Edd Sinnett is a veteran who has lived in his Longwood neighborhood for decades.

Jennifer Rigdon, one of his neighbors, says he's one of her favorite people.

"Anytime you drive by he waves at everybody," she says.

"We always check on him and make sure he's doing OK and talk to him to see if he needs anything, and he just happened to mention he hasn't had homeowners insurance for almost six months and that was because of the age of his roof," Rigdon says. "I had to figure out something to do for him."

So she called Longwood City Commissioner Matt Morgan, and he contacted Rick Hyman who owns City Roofing and Remodeling.

"He offered to do the entire roof completely free of charge," Morgan said of Hyman.

Hyman says it was the right thing to do.

"I really wasn't aware of how bad it was. It was keeping him up at night and basically bringing him to tears, and it really made me feel good knowing that when he goes to bed, he's not going to have to worry about a new roof."

Sinnett was so thankful for the new roof, he was in tears explaining that he just couldn't control the declining situation on his own.

"Hearing them up on the roof this morning, I said, 'It's happening,' " Sinnett said, struggling to hold back tears. "This was a big point where I failed to have control of my destiny, and my new angel pulled me out of it."

"It's overwhelming," Sinnett added. "The end product is that I can go back to a somewhat normal life again without a heavy cloud over my head."