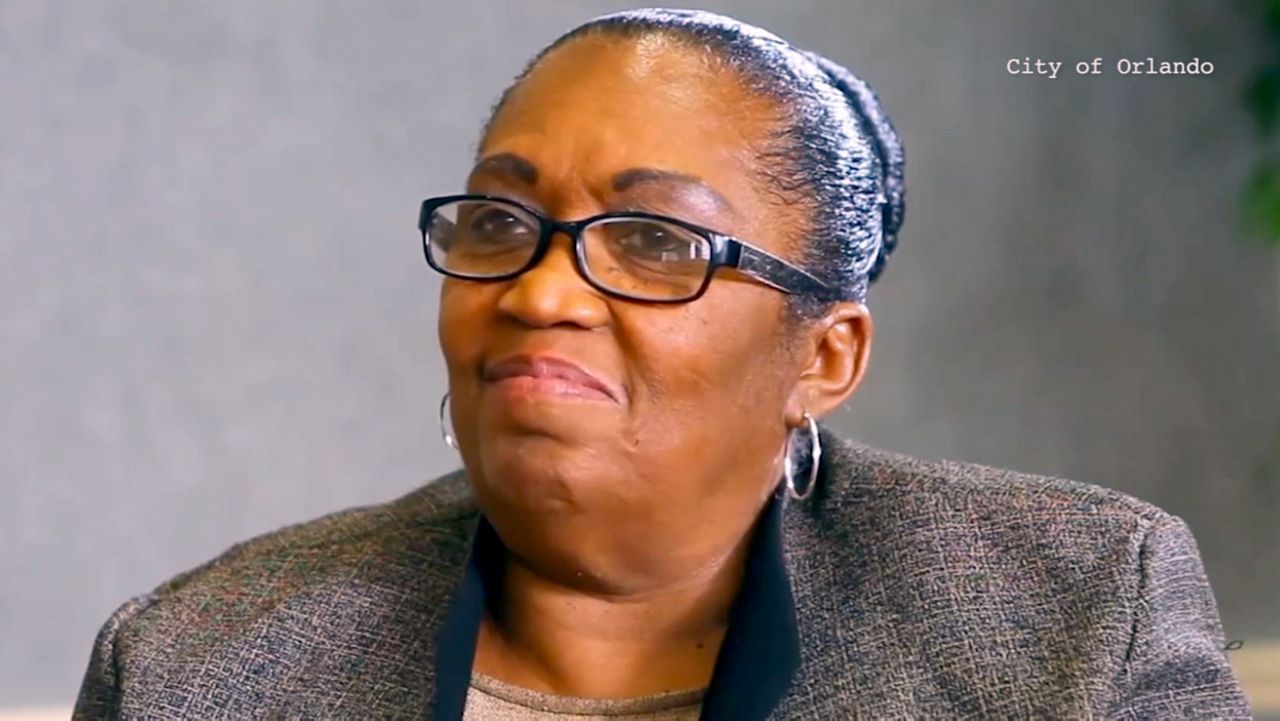 Parramore community leader Vincena "Ms. Vinnie" Cannady passed away in September, leaving a massive hole in the community that residents are still trying to fill. (Photo courtesy of the city of Orlando)

Justice for All: Parramore Leaders Struggle to Fill the Hole Left by the Death of "Ms. Vinnie"

ORLANDO, Fla. — Vincena Cannady passed away in September, but not before improving the lives of countless Black families in Orlando’s Parramore neighborhood.

“She had a way of creating family out of strangers,” said Rebecca Fernandez, a friend and colleague of Cannady, known to many as Ms. Vinnie.

“She was just a good person, really gone too soon,” said Cindy Light, a longtime friend of Cannady's and the city of Orlando's neighborhood relations supervisor.

For years, Light with the city of Orlando worked closely with Ms. Vinnie as she worked to improve her neighborhood near Carter Street in Parramore.

“She would fight for people, she’d fight for rights, for what they deserved,” Light said.

"Anywhere you turned, there was someone she wanted to help," said Martha Kirby, a close friend of Ms. Vinnie's. "She really liked people. She wanted everyone to be treated respectfully."

Ms. Vinnie built the Carter Street neighborhood association from the ground up, organized community cleanup events, and even started a walking school bus to ensure kids got to school safely.

“She put her heart and soul into that community, not just with the association but with everything," Light said. "She started national night out program, she started their neighborhood watch."

“She was an easy person to love and to follow,” Kirby said. "She had such a big heart. I learned a lot from her."

“She’s one of the most effective neighborhood leaders in central Florida and it sprung from her deep love and profound concern for her neighborhood,” Clayton said.

Clayton runs the Orlando Union Rescue Mission, helping the homeless. He first met Ms. Vinnie five years ago when the two clashed over where the new mission should be built.

“We started out opponents and ended up being great friends,” Clayton said.

Her death in September devastated friends and stunned the community, leaving many unsure of how to fill a suddenly massive hole in the fabric of Parramore.

"When she passed, I cried like I had lost family," Fernandez said. "We all did."

“I think everybody who knew her, misses her,” Clayton said.

“It’s a huge loss," Light said. "But her legacy will continue."

And Ms. Vinnie's annual sock fundraiser for the homeless at the mission will continue, too, as organizers now hold this year’s event in her honor.

“She has an enormous legacy of leadership and care and concern for Carter Street and we want to maintain that,” Clayton said.

Ms. Vinnie’s personality was a light for those around her.  That light, not put out by her passing, but sparking something brighter in the community.

“She’s leaving it better than she found it," Light said.

Ms. Vinnie won numerous awards for her work in the community, including being selected by as Orlando’s neighborhood champion of the year in 2016.

This year, the Orlando Union Rescue Mission and Carter Street Neighborhood Association are continuing the annual “Sock it to me” sock collection for the homeless that Ms. Vinnie started years earlier. Those interested in donating socks to help the homeless can drop those off at the Jackson Center at 1002 Carter Street.