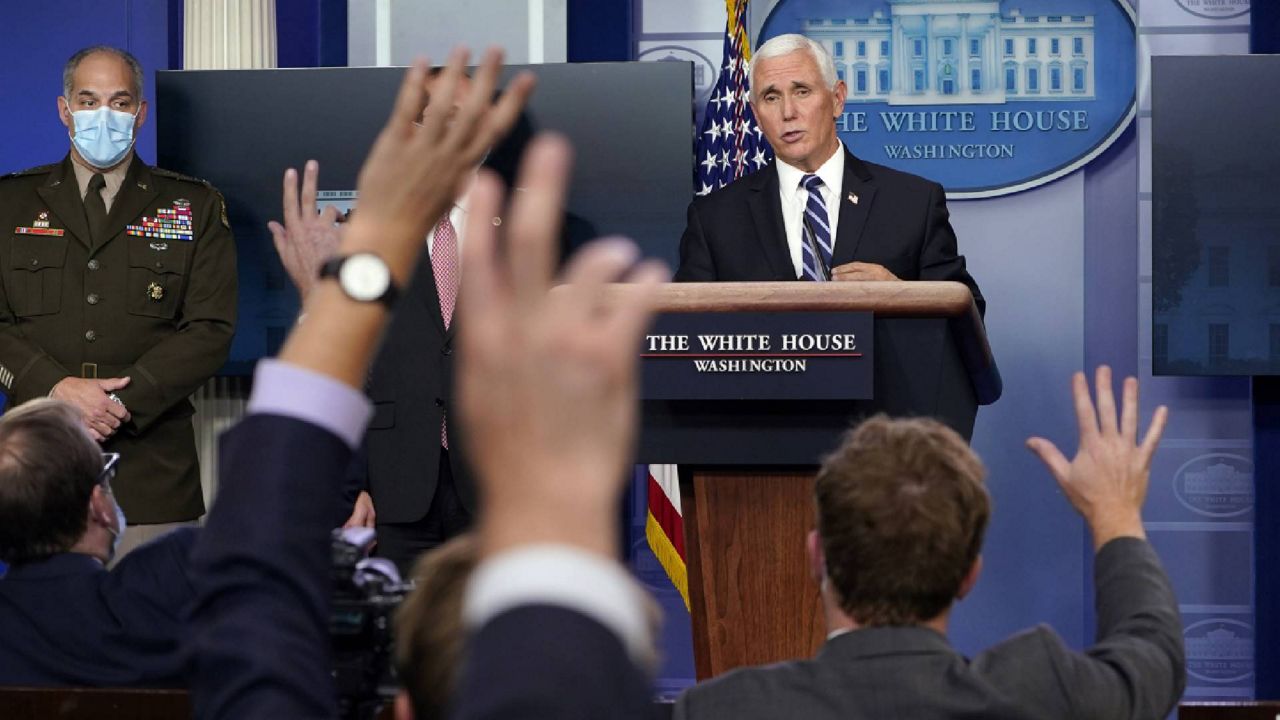 
“We are in a very dangerous place due to the current, extremely high COVID baseline and limited hospital capacity,” the November 29 report says.

Immediately following the Thanksgiving holiday, 93% of all Florida counties experienced moderate or high levels of community transmission, the November 29 report said. The state remains in the red zone for its high rate of new cases per capita, ranking 36th in the nation, up from the 37th slot the previous week. The state also is up to the 33rd highest rate of positivity, after ranking 37th in the November 22 report.

The Task force’s final November report showed the state had a 5% increase in cases and an 11% spike in deaths.

“If you are over 65 or have significant health conditions, you should not enter any indoor public spaces where anyone is unmasked due to the immediate risk to your health; you should have groceries and medication delivered,” the November 29 report said.

The document recommends those under the age of 40 to assume they’ve become infected during the Thanksgiving holiday if they traveled beyond their immediate household.

Immediately following the Thanksgiving holiday, 93% of all Florida counties experienced moderate or high levels of community transmission, the Nov. 29 report said. The state remains in the red zone for its high rate of new cases per capita, ranking 36th in the nation: pic.twitter.com/5yAvZ9OntD

The Task force report, obtained from a government source by Spectrum News, is sent directly to Gov. Ron DeSantis every Sunday. However, his office has failed to make those reports public or release any of them since October.  Spectrum News has requested and is waiting on reports for November 1, 8, 15, 22, 29 and December 6. The Governor’s office has not responded to any public records request since November 20.

“In Florida, we have in our constitution, government in the sunshine requirements that requires elected officials to share public information,” said Rep. Kathy Castor (D) Florida 14th District.

“Governor DeSantis' hands off approach to coronavirus has really let Floridians down," she said in a Zoom interview with Spectrum News. "We need accurate, up to date information."

The November 29 document showed a minimal change in total hospitalization from the week prior. Between November 21-27, the average number of COVID-19 patients who were admitted to Florida hospitals each day was 900. That’s a slight increase from the 883 admitted the previous week. However, the report warned, “a further post-Thanksgiving surge will compromise COVID patient care as well as medical care overall.”

“We as elected officials have to take all the inputs. Yes, we are having a nationwide spike in cases, but we are also having a spike in suicide rates,” said Rep. Michael Waltz (R) Florida 6th District.

Waltz, who recently recovered from the virus himself, is supportive of the governor’s approach.

“I fully agree with the governor that lockdowns are not the answer like we are seeing in California and other states,” Waltz said.

The document continues to stress the importance of masks, social distancing and rapid proactive testing for those who aren’t experiencing symptoms.

“If state and local policies do not reflect the seriousness of the current situation, all public health officials must alert the state population directly,” the Task force writes in the November 29 report.

“Scientists need to understand what’s truly happening and we can’t just measure progress from how many patients are in emergency rooms and hospitals,” Castor added.

The real impact of gathering and traveling during the Thanksgiving holiday is not reflected in the Nov. 29 report. Experts believe those results will be evident in reports released over the next couple of weeks.

.@GovRonDeSantis' office has not fulfilled a public information request for over two weeks. The last date they posted a response to a records request was November 20, 2020. I continu to request critical health information from the WH Coronavirus Taskforce with no response. pic.twitter.com/kcTwfBjz4F