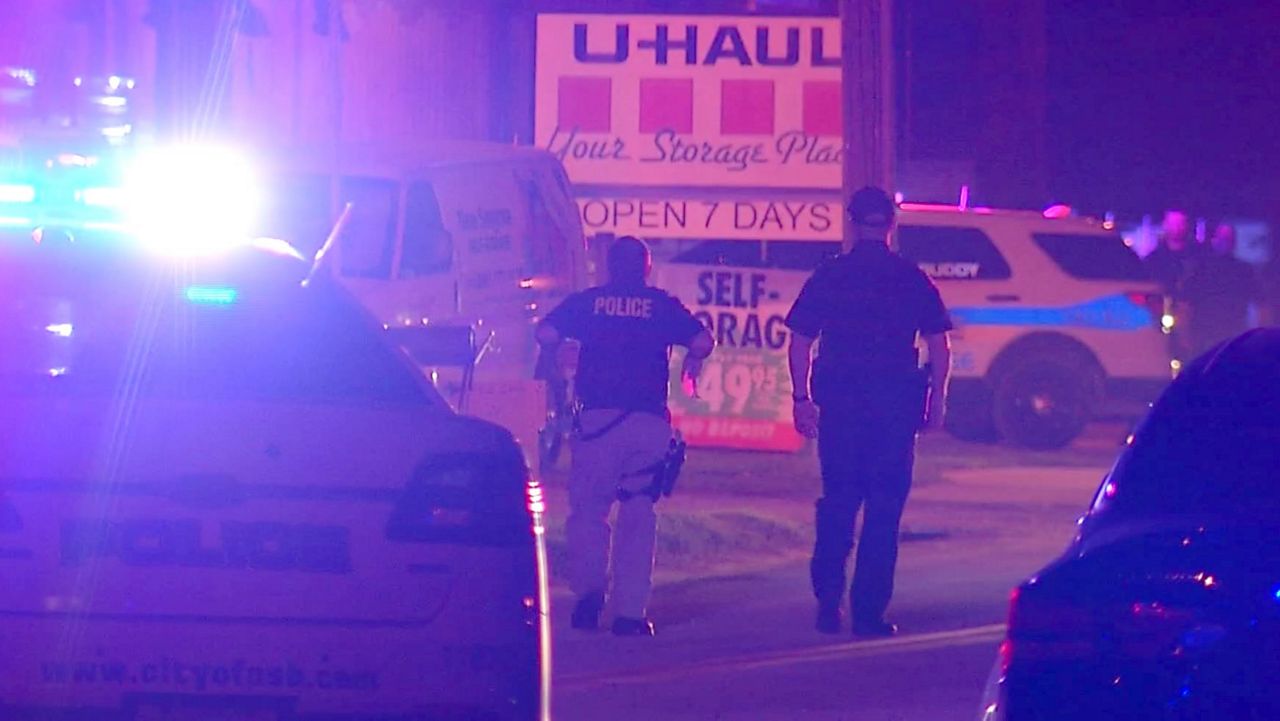 A New Smyrna Beach police officer was injured Saturday by an armed suspect who was subsequently killed by a Volusia County Sheriff's deputy.

NEW SMYRNA BEACH, Fla. — A New Smyrna Beach police officer is recovering Sunday after being shot by an armed suspect who fled a traffic stop in Port Orange Saturday afternoon.

According to the the Volusia County Sheriff's Office, the incident started at about 4 p.m. when a Port Orange police officer attempted to initiate a traffic stop on a green Lincoln, the release said.

The driver fled the stop recklessly and at high speeds, deputies said.

Officers followed the Lincoln at a distance as it headed toward New Smyrna Beach.

When it reached the area of Turnbull Street and Industrial Park Avenue, a Volusia County Sheriff's deputy deployed stop sticks and the car crashed outside a storage facility, the release said.

The suspect bailed out of the vehicle and ultimately opened fire at police, investigators said.

The suspect was subsequently killed when law enforcement returned fire, the release said.

The Volusia County Sheriff's Office did not immediately release the names of the suspect, injured officer or others involved in the incident.

The shooting was captured on body camera and footage will be released at a future time, the release said.

The injured officer was taken to the hospital where he was recovering from the shooting.

"The injured officer was in good spirits Saturday night and his family was at his side at the hospital," the release said.

The Florida Department of Law Enforcement is investigating the shooting, and the officers and deputy involved have been temporarily placed on administrative leave, which is standard practice, the release said.