Concept art depicts what Lilium's "vertiport" at Lake Nona would look like, which developers say could be completed before 2025. (Courtesy of Lilium and Lake Nona)

ORLANDO, Fla. — Imagine a futuristic setting where a driver and a few passengers zoom from place to place in a vehicle that looks part car and part spacecraft.

We know what you’re thinking: “Meet George Jetson, his boy Elroy …” and now we know that you can’t get that song out of your head. You’re welcome.

“We want to be a future-ready city, and that means being future-ready in terms of transportation as well,” Orlando Mayor Buddy Dyer said.

Dyer said the City of Orlando is working with Lilium, a Germany-based aviation company, and Tavistock Development Company to produce an urban and regional air-mobility network that those entities say will feature electricity-powered jets that will take off and land vertically like a helicopter.

The project focuses initially on Orlando’s Lake Nona, a Tavistock planned community that aims by 2025, perhaps sooner, to serve as the hub of a “vertiport” network linking Orlando to cities throughout Florida’s peninsula — west to Tampa, north to Jacksonville, south to Miami, and to cities in between.

The jets, or “flying cars,” will take passengers from Orlando to Tampa in 30 minutes and to Miami or Jacksonville in an hour, project leaders say. 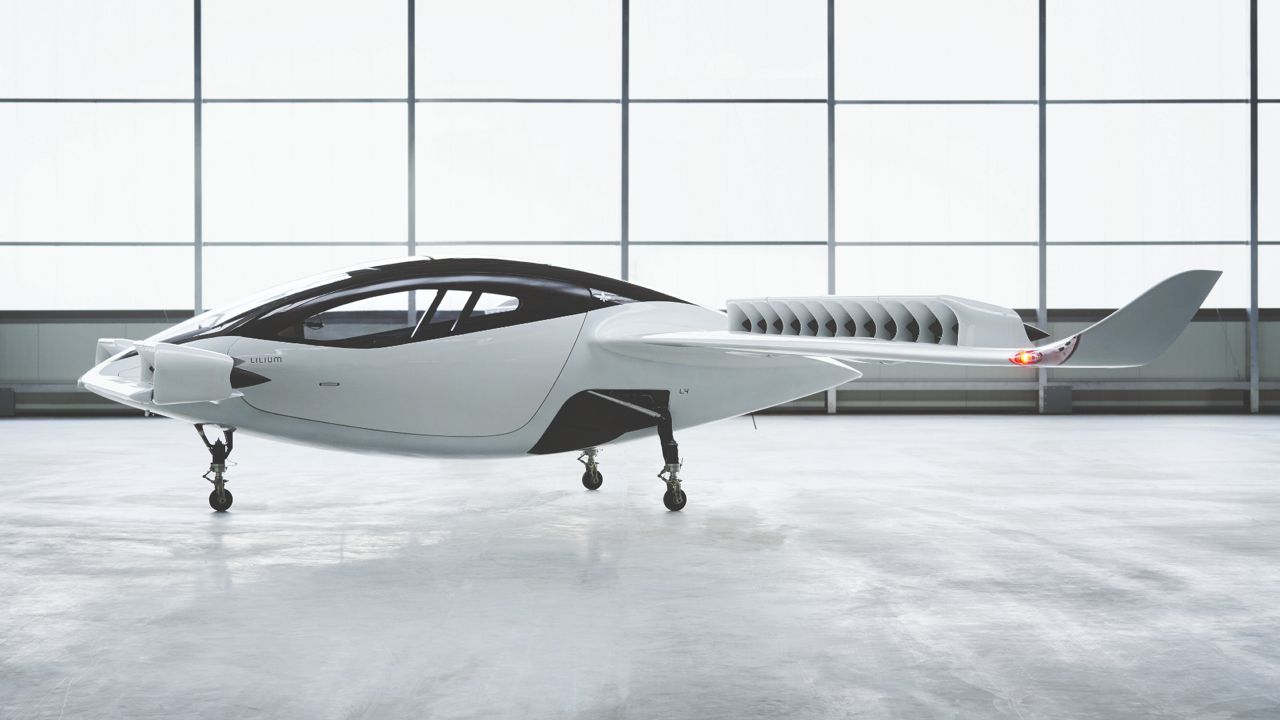 As planners see it, travelers will hail a jet at a vertiport like a cab — turning the flying cars into air taxis or Ubers with altitude. They emphasize that the jets will carry up to four passengers for distances of just under 200 miles in an hour, with the use of batteries, not fossil fuels.

And grow it will, according to experts in urban air mobility, or UAM.

“Cities of the future will have to overcome congestion, air pollution and increasing infrastructure cost while moving more people and goods smoothly, efficiently and in an eco-friendly manner,” Kevin Adkins, an associate professor in the College of Aviation at Embry-Riddle Aeronautical University, wrote in an email response to Spectrum News. “Toward this, UAM is expected to be an integral component of achieving this new type of smart city.”

Players, experts, and observers trumpet the Lake Nona/Florida project as a boon to the environment, the economy, and the future.

They even allow a nod to creators of “The Jetsons.”

“I think these cars even look a little bit like those cars,” Ben Weaver, managing director at Tavistock, told Spectrum News. Yet “’The Jetsons’ is total fiction, and I think when people say ‘The Jetsons’ they almost insinuate that this is going to be fiction as well.”

Weaver and observers point out that technology for jets that take off and land vertically has been in place for some time, particularly for use in the military.

Far newer is the all-electric, vertical takeoff and landing, or eVTOL, jet that Lilium has been developing to fly in Florida and elsewhere. 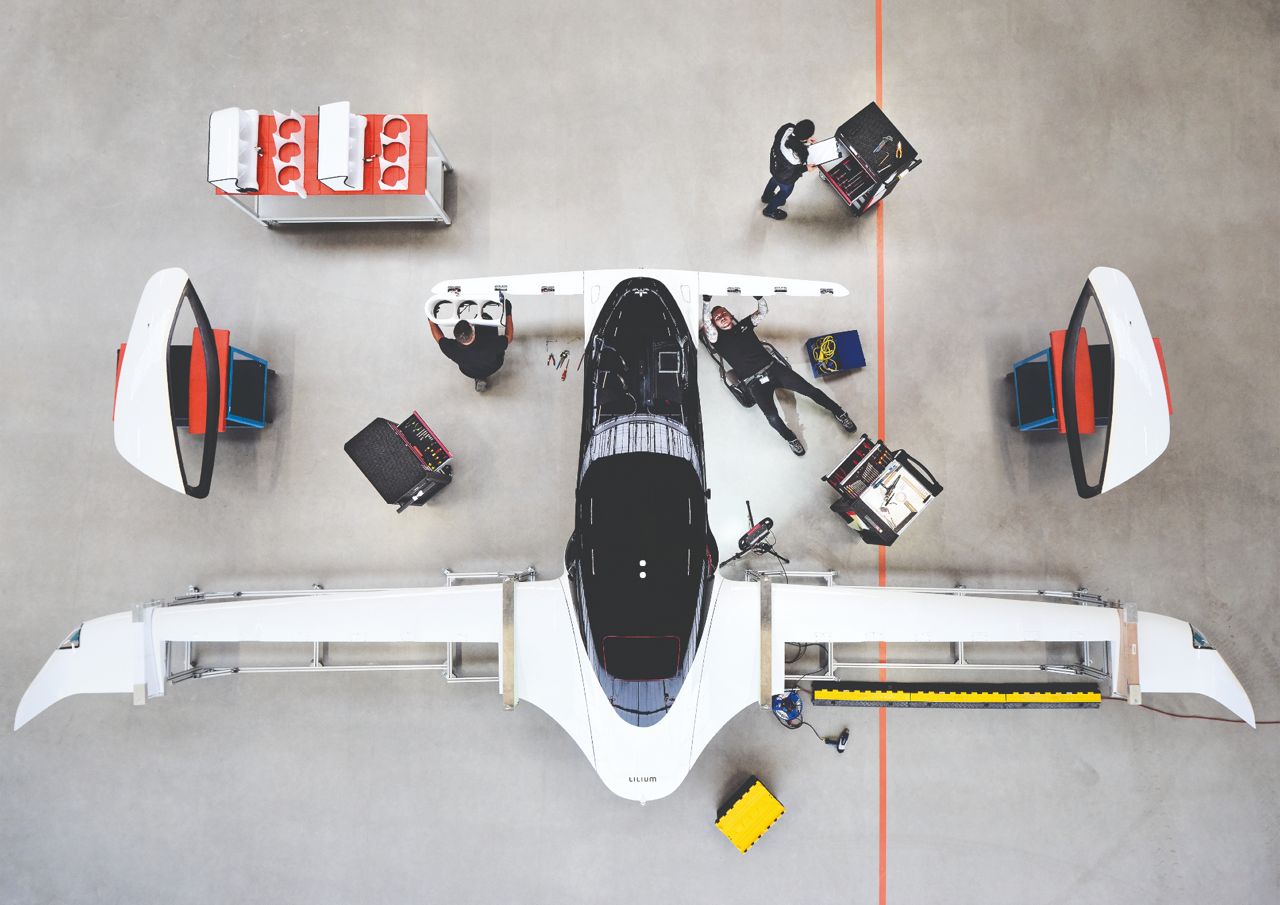 From above, the jet looks like a Lego plane, at least from photos. It departs from the aircraft of “The Jetsons” in that it has wings and no apparent hole from where passengers get ejected and directed to their local destinations, as Elroy and his space beanie did.

Also, unlike the eye-level aircraft in the space cartoon, the Lilium jets can cruise at altitudes of their fossil-fuel cousins. They typically will fly at somewhat lower levels only because they’ll be making short trips, project leaders say. 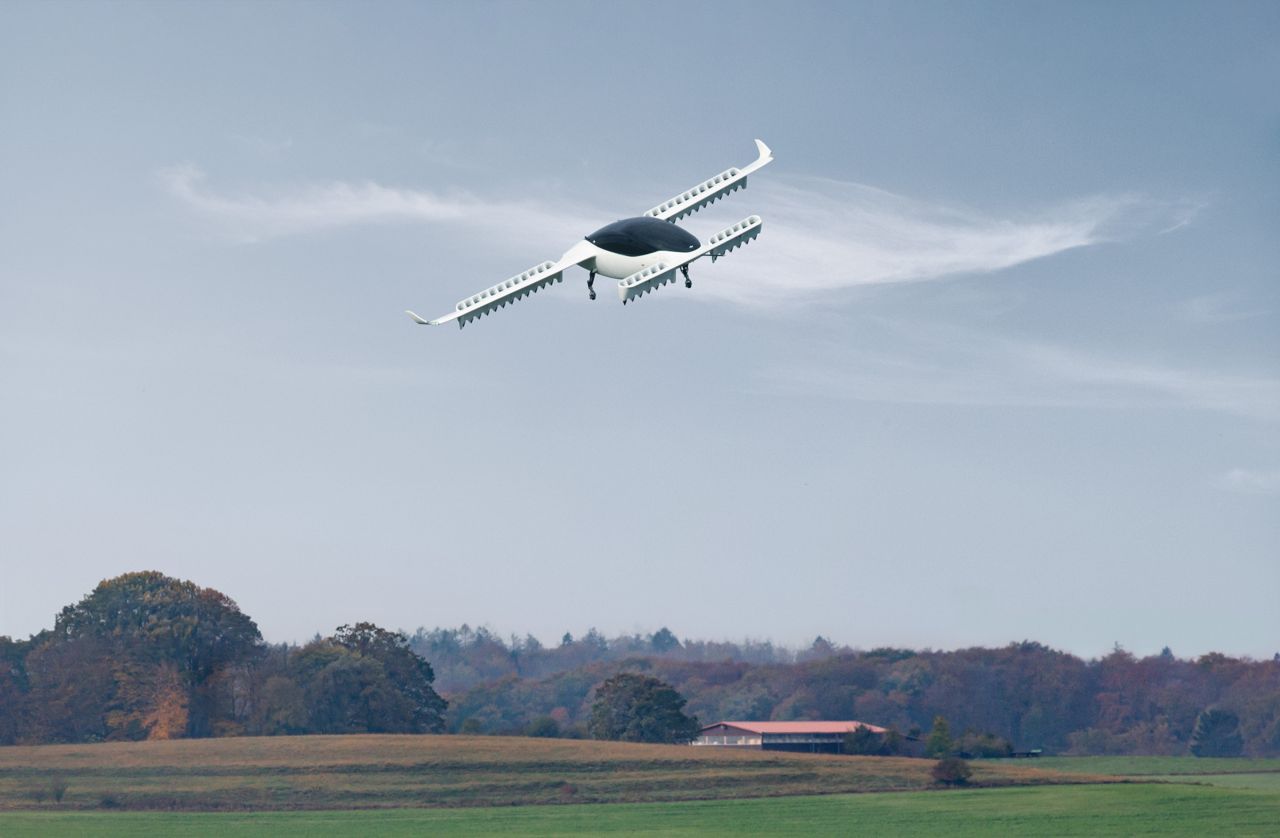 Tavistock’s Weaver said Lilium is testing a prototype aircraft and working for certification through the Federal Aviation Administration. Lilium says it’s doing likewise in Europe as part of a mission to offer “regional air mobility to locations across the globe.”

For Florida operations to begin, industry observers cite network development as a hurdle. But they also point out that vertiports don’t require runways or massive chunks of land.

“An air taxi service using an electric vertical takeoff and landing type of technology is very nimble and can be deployed with relative ease in urban areas,” said Vik Bhide, mobility development director for the City of Tampa.

Bhide said the city has been in discussions about joining the Lilium/Tavistock network and awaits a formal proposal from the companies.

He mentioned economic, traffic-easing, and environmental benefits of such an air-mobility network, adding that “more and more, the future is going to be electric. It is going to be shared and eventually automated.”

Weaver, the Tavistock executive, emphasized the likelihood of eventual automation for the Lilium jets, designed now to seat a pilot and four passengers. Automation would eliminate the cost of a pilot, add a paying customer, and help drive down costs.

“That's where the industry’s going,” Weaver said. “That's certainly not where It will start out of the gate, but that'll be important to ultimately bring the price point down to the equivalent to a car service.”

Dyer, the Orlando mayor, added about initial and future prices: “It’s like a lot of the newer green technologies that evolve and might be more expensive in the beginning than they are 10 years later. … Think about flat-screen TVs. They cost $8,000 when they first came out. Now you can get them for $200.”

Tavistock touts its Lake Nona development as “a community of and for the future,” with a vision of a town center that “is imaginatively connected” and “prepared for future technology.”

Lilium cites Lake Nona’s design as “a higher standard of smarter, sustainable living, an ethos which closely matches that of Lilium.” It also appreciates the community’s location near Orlando International Airport and multiple aviation companies and services.

In addition, Lake Nona rests smack in the middle of the Florida peninsula, providing a hub almost equidistant from Miami and Jacksonville and putting its flights within 15 minutes of the Space Coast. 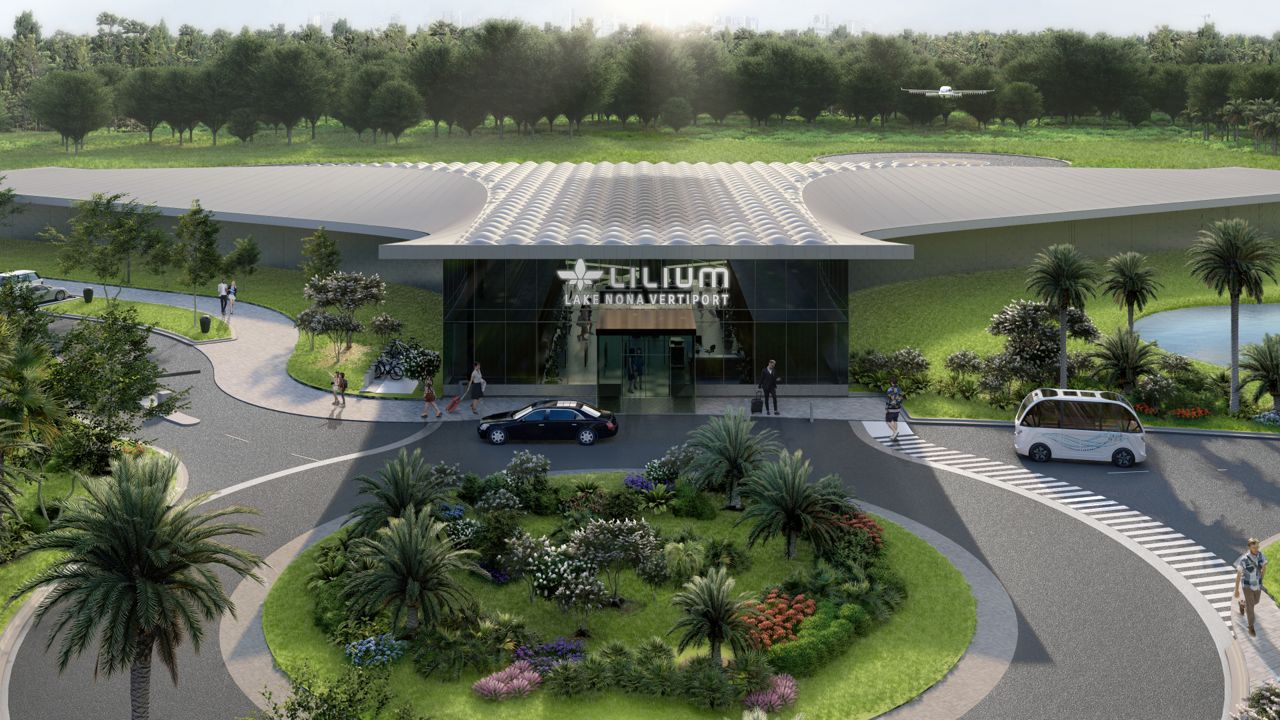 (Courtesy of Lilium and Lake Nona)

“If you were to draw a 200-nautical-mile ring around Lake Nona,” Tavistock’s Weaver said, “one of the major advantages of the Lilium jet and Lake Nona's location is you could touch almost every major metropolitan city within the state of Florida, covering nearly 20 million Floridians.”

On its website, Lilium provides renderings of a Lake Nona vertiport design that features eight gates, two take-off and landing circles, and a jet taking off or landing. It will cost about $25 million to build, Weaver said.

That and other designs offer participating municipalities flexibility to build vertiports from scratch or to incorporate them into existing transportation facilities, the company said.

Project leaders say they aim to work quickly and to make announcements over the coming months. They set 2025 as an “outside” target, Weaver said.

“This is not years away,” he said. “This is months away.”

If only the creators of that spacey 1960s cartoon could be around to see it.

“I’m not sure what fuel “The Jetsons” ran their vehicles on,” Orlando Mayor Dyer said. “We’re going to be all-electric, so we might even be a greener vehicle than what they envisioned.”