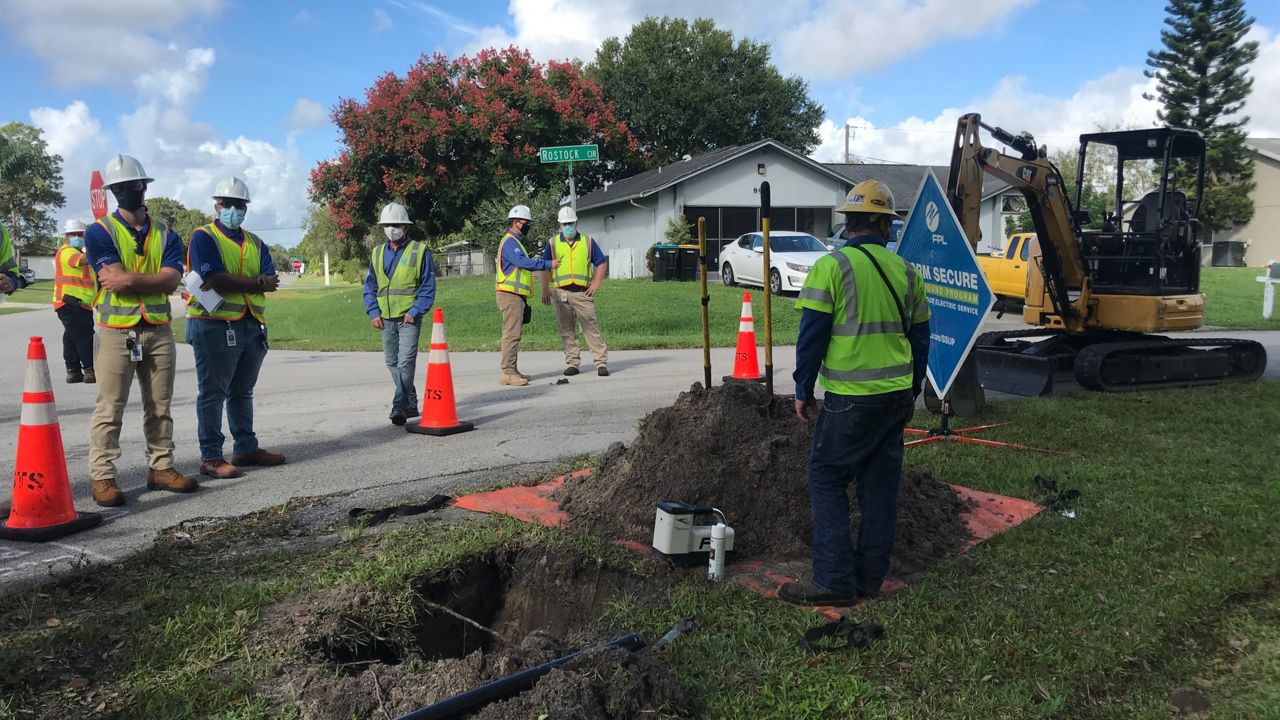 BREVARD COUNTY, Fla. — Florida Power & Light is continuing a program to build a network of underground power lines to keep the lights on when bad weather bears down.

It was loud Tuesday outside Maria Garcia's Palm Bay home. But she's just fine with it.

That's because she doesn't want another situation like what happened back in 2017 when Hurricane Irma came roaring through.

"We had a transformer explode and we had five days without power," Garcia said.

Which is why Florida Power & Light workers are here in her Palm Bay neighborhood.

"We're identifying overhead power lines that have had problems with outages, or during hurricanes or vegetation in the past, and we are converting them to underground lines," said Mike Fetto of Florida Power & Light.

"During Hurricane Irma it was the No. 1 cause of outages that we had three years ago," Florida Power & Light​'s George Bennett added.

"Allows us to drill one hole at one end of the street, go roughly 400 feet, and come up to the next hole," Fetto said.

This section is the first area being converted in Brevard County and will serve 25 households.

So far FPL has completed more than 160 of the projects with more than 100 under construction just like Garcia's.

"It's going to be wonderful, we don't have to worry anymore," Garcia said.

The storm was the most intense ever recorded in the Atlantic basin, causing more than $22 billion in damage and killing 87.