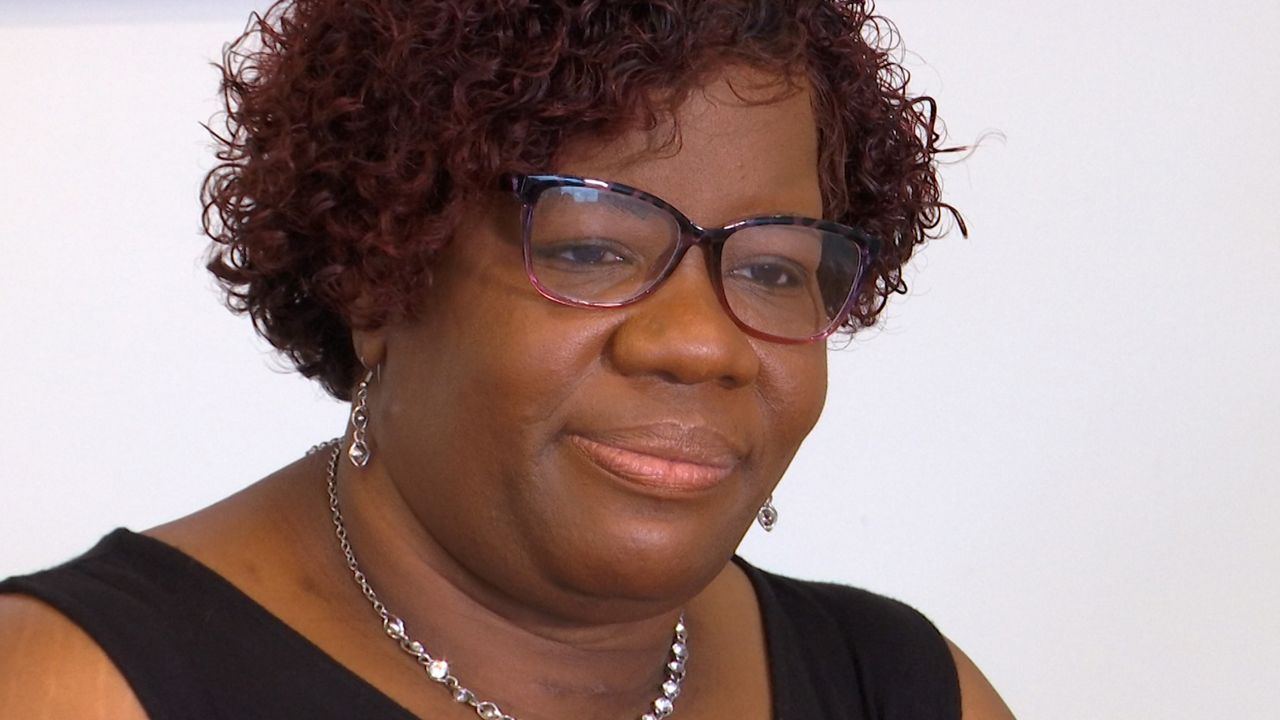 ORLANDO, Fla. — A leaking roof. A gaping bedroom ceiling. Mold. A stove that sparked fire. These were the issues Deidre Law said prompted her to stop paying rent at her former Orlando home of eleven years.


“The conditions of the home had gotten very bad,” Law said. “In my bedroom I would have five to six buckets sitting around the room just to catch water, especially when it rained real bad.”

When Law asked for help resolving the maintenance issues – later cited by the City of Orlando’s code enforcement department – Law’s landlord claimed there was nothing he could do. So eventually, Law stopped paying the rent – and her landlord filed an eviction against her, according to court records.

Not knowing where to turn, Law ended up crashing with a friend from church for a year and a half, she said. Until she discovered Village on Mercy: a Pine Hills apartment community with 166 affordable housing units for people who are low-income, formerly homeless and/or living with a disability.

“The experience, from day one of applying, up until moving in, up until now has been awesome,” Law said of Village on Mercy. The facility was developed by Ability Housing, a multi-family affordable housing developer with properties in Central Florida and Jacksonville.

Law, who works as an office manager at a nearby charter school, said the Village’s low security deposit and application fee made the process of pursuing an apartment very accessible. Now, Law enjoys walking the community grounds, using the media centers and, above all, having a peaceful, stable place to call her own.

Law was fortunate enough to apply and be approved to live at the Village on Mercy shortly after it opened to residents last year. But across the state and Central Florida, a major deficit of available affordable housing jeopardizes the lives of many low-income individuals and families.

A new report from the Florida Apartment Association found that municipal policies and historical economic and racial disparities contribute to a lack of housing affordability across Florida’s cities. In addition, Florida’s Sadowski Housing Trust Fund, which provides monies for a vast array of affordable housing initiatives, has not been fully funded in almost twenty years.

This year was actually the first since 2002 that state leaders agreed to appropriate all available money to the Sadowski Fund. But then COVID-19 hit, and Governor Ron DeSantis vetoed one of the Fund’s two major programs from the budget.

Florida’s SHIP (State Housing Initiatives Partnership) program primarily supports homeownership, but is also used to fund the construction of new affordable housing – like Village on Mercy. Housing industry leaders rejoiced earlier this year when SHIP’s $225 million budget was appropriated in full – but now, those monies are sitting in the fund, unable to be used.

“We haven’t lost a penny of that money,” said Jaimie Ross, CEO of Florida Housing Coalition. “The money’s still there. It’s just that it has to be appropriated again.”

Ross and other industry leaders hope legislators will reappropriate the SHIP funds during a special session, which could be called after the election to address the state’s budget deficit.

In a recent virtual Mid Florida Housing Summit hosted by local chapters of the Florida Apartment Association, a panel of housing experts agreed that the Sadowski Fund is important. However, even funding it in full would not sufficiently address the state’s affordable housing deficit.

“Make no mistake that it’s a huge tremendous resource that needs to be funded,” said Trey Price, executive director of Florida Housing Finance Corporation, of the Sadowski Fund. “But you know, realistically, when I’m looking at the numbers, at the backlog of the affordable housing need, is it going to solve our problem? No.”

Price said Florida’s affordable housing portfolio is essentially at “99 and a half percent” capacity. Still, panel members urged the importance of allocating as many resources to the fund as possible.

“We still need that state money as part of the equation, as part of the leveraging,” said Orange County Housing and Community Development Manager Mitchell Glasser. “We need state legislatures to step up and allocate those monies.”