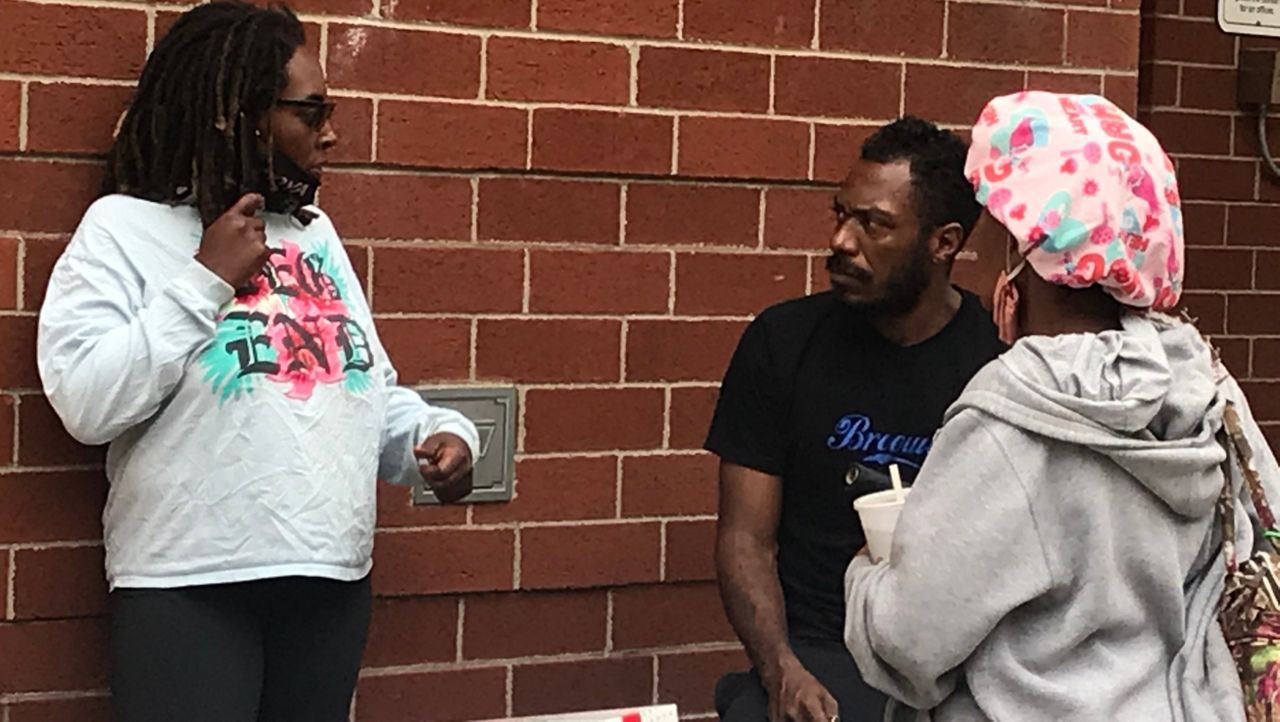 Families wait outside the Louisville jail for the release of protesters arrested during weekend demonstrations related to the death of Breonna Taylor. (Tammie Fields/Spectrum News)

LOUISVILLE, Ky. — Twenty-five people were arrested on Saturday night as protesters expressed their outrage in the streets over the handling of the investigation of Breonna Taylor’s death.

Demonstrators said they were being jailed for breaking curfew, while none of the officers involved in Taylor's death were charged directly in her killing.


Sherry Sweeney was visibly distraught and frustrated while waiting outside the jail in downtown Louisville on Saturday, hoping her son would be released.

Sweeney’s son, part of the protests, was out after the 9 p.m. curfew and was arrested Friday night, Sweeney said. "I know he thinks what he's doing is right — and he's right, 100 percent,” Sweeney said. “We did all this when Martin Luther King [Jr.} did all this. I'm worried about him and all the others that are locked up — to get out — that's my concern."

Phillip Anderson, who traveled to Louisville from Dallas to watch the protests, views them from a different perspective.

"There is no story,” Anderson said. “They got arrested. They were out past curfew. That's all there is to say about that."

Anderson had more to say about recent violence after a man was accused of shooting two officers earlier in the week during protests.

Two Louisville Metro Police officers were shot September 23. Major Aubrey Gregory was shot in the hip, and officer Robinson Desroches was shot in the stomach. Both are expected to recover.

A protester told police he spotted the suspected gunman, who he said tried to blend into the crowd after the shooting.

Meanwhile, as protesters marched right past the jail Saturday evening, Sweeney's son remained behind bars. Sweeney said her son is simply standing up for what he believes.

Anderson pointed to the jail facility and said it's unacceptable that the building has its windows boarded up and that police can't do their jobs.