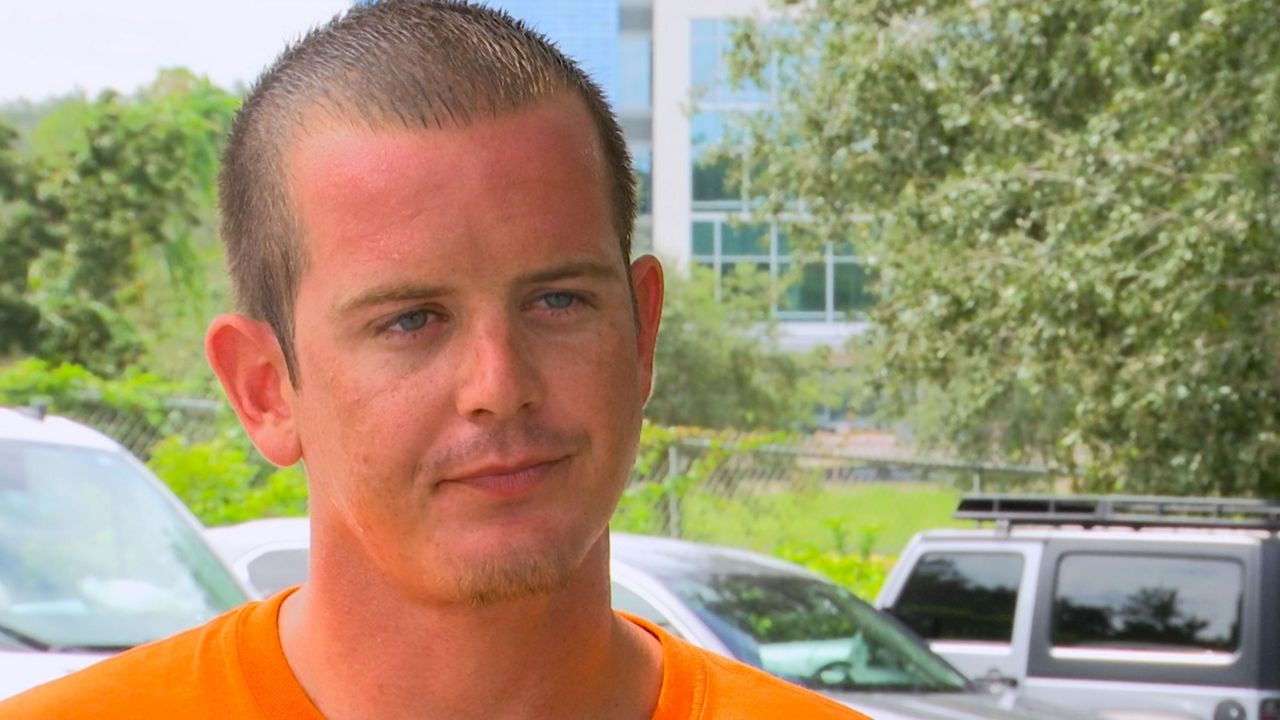 SEMINOLE COUNTY, Fla. – Seminole County renter Bo Stringham used to put his overtime pay toward his savings. He wants to be able to provide for the future – not just for himself, but for his one-year-old daughter, Jennifer.

But since the coronavirus pandemic began, Stringham said he’s lost all his overtime hours at his construction job.

“That’s definitely all the savings money, any kind of money to spend on anything other than bills, so it’s strictly only bills being paid,” Stringham said. “Everything’s a struggle right now.”

Stringham said he is not currently at risk of being evicted: he’s managed to keep up with his rent payments, but just barely.

He’s not alone. Even before the pandemic began, renters in Central Florida were feeling the pressure. The National Low Income Housing Coalition in March ranked the Orlando-Kissimmee-Sanford metro area as the seventh least affordable city to live in the United States. That’s up from last year’s report, in which the Orlando-Kissimmee-Sanford area was ranked the country’s absolute least affordable city. But renters are still struggling – an issue the pandemic has only exacerbated.

State and federal governments have implemented eviction moratoriums in an attempt to protect people affected by COVID-19. But industry experts and advocates question the long-term efficacy of these measures – especially when they aren’t accompanied by any direct financial assistance for citizens.

“It would be far better to give people income so they could buy food and housing than not to give them enough income,” Fishkind said. “Then we’ve got to backstop with these emergency, half-baked programs that don’t solve the problem. The problem is income, obviously.”

A statewide moratorium on evictions for nonpayment of rent has been in effect since early April, when Governor Ron DeSantis signed an executive order. But in late July, DeSantis altered the moratorium with new language, opening the door to broader interpretations of who the order actually protects.

Since the governor signed that new, “limited extension” of the moratorium on July 29, Seminole County has seen a 366 percent uptick in eviction cases filed for nonpayment of rent.

The Centers For Disease Control and Prevention implemented a federal moratorium on evictions through the end of 2020 earlier this month. Protection under the order is not automatic, though: renters must complete and submit a declaration form, swearing under penalty of perjury that they have been financially impacted by the pandemic and have exhausted their best efforts to seek government assistance.

While Stringham himself is not currently worried about an eviction, he worries about his ability to provide for himself and his young daughter as the pandemic continues. He said his missed overtime pay comes out to between three and four hundred dollars less each week.

Stringham said he does not have any idea when his company will go back to allowing employees to pick up the overtime hours he was so dependent on.

“Hopefully everything goes back to normal eventually, but that's not anytime soon for us,” Stringham said.