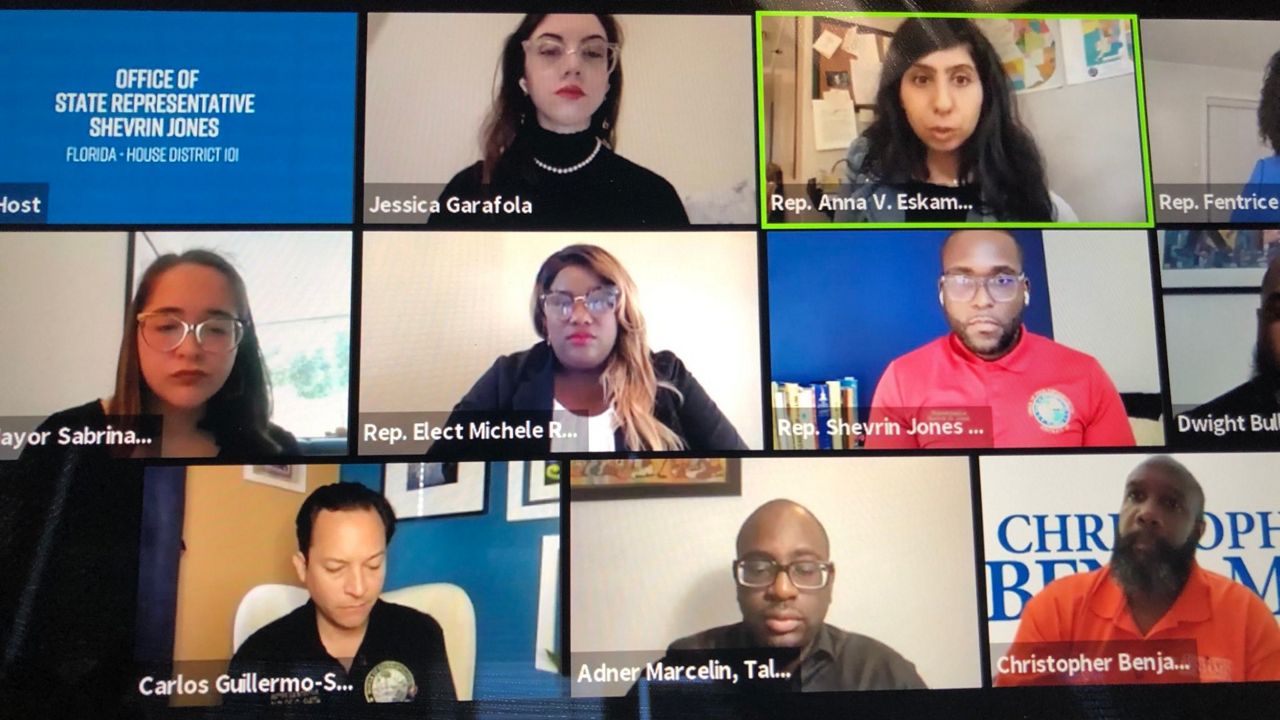 TALLAHASSEE, Fla. — Democratic lawmakers from across Florida are pushing back against Gov. Ron DeSantis’s proposals to combat violent protests.  And at least one legal analyst says the plans could have problems standing up in court.

“Protests have been overwhelmingly peaceful and arrests have taken place when necessary,” said House District 47 Rep. Anna Eskamani. “So, this entire effort by the Governor has just been to blow this out of proportion for his own political gain.”

Aston Mack, with the Orlando Freedom Fighters, believes there’s a strong message just beneath the surface of DeSantis’s proposal.

“The true intention is to stop the movement, the civil rights movement that’s going on across the country right now," he said. "You can kind of tell that immediately because of some of the things that are put into the bill."

Mack has been a part of many protests here in Orlando, but he fears if this bill passes, any future protests he’ll be a part of will get shut down.

Lawmakers say there are already laws on the books to deal with protesters who could potentially become violent.

DeSantis’s proposal adds new criminal offenses, including making blocking traffic during an unpermitted protest a 3rd degree felony — but makes drivers who are, “fleeing for safety from a mob,” not liable for injuries are deaths they cause.

“The very first thing the Governor wants to do is give drivers immunity and legal rights to run over peaceful protesters,” said House District 49 Rep. Carlos Guillermo Smith.

The Governor’s plans also increase penalties for offenses during protests and threaten state funding for cities that cut funds for law enforcement services.

Criminal defense attorney Jonathan Rose said the state doesn’t have the legal right to tell cities how they can spend their money.

“They can’t dictate to local municipalities and counties how they allocate their own tax money for the various things they need to pay for," said Rose. "They just can’t do that.”

“This entire thing seems to be designed to chill your First Amendment rights to free speech and assembly,” said Rose.

The proposed legislation is aimed at cracking down on disorderly protest.

But Rose said what’s considered “disorderly” is too broad.

“First of all I don’t know how you define violent," he said. "Second, disorderly generally means that your conduct offends people who see it.”

“This has First Amendment problems all over it,” said Rose.​

Mack says it’s also worth noting what’s not in the bill, namely, no language to address how police should handle “violent or disorderly gatherings.”

He says the fact that that’s not on paper, speaks louder than anything else that is.

“They’ve (the police) followed us. They’ve intimidated us. They’ve harassed us," Mack said. "That’s the reality of what’s going on at these protests, and that’s what this bill kind of represents. If you notice the language in the bill, it doesn’t put any restraint on cops for how they handle us."