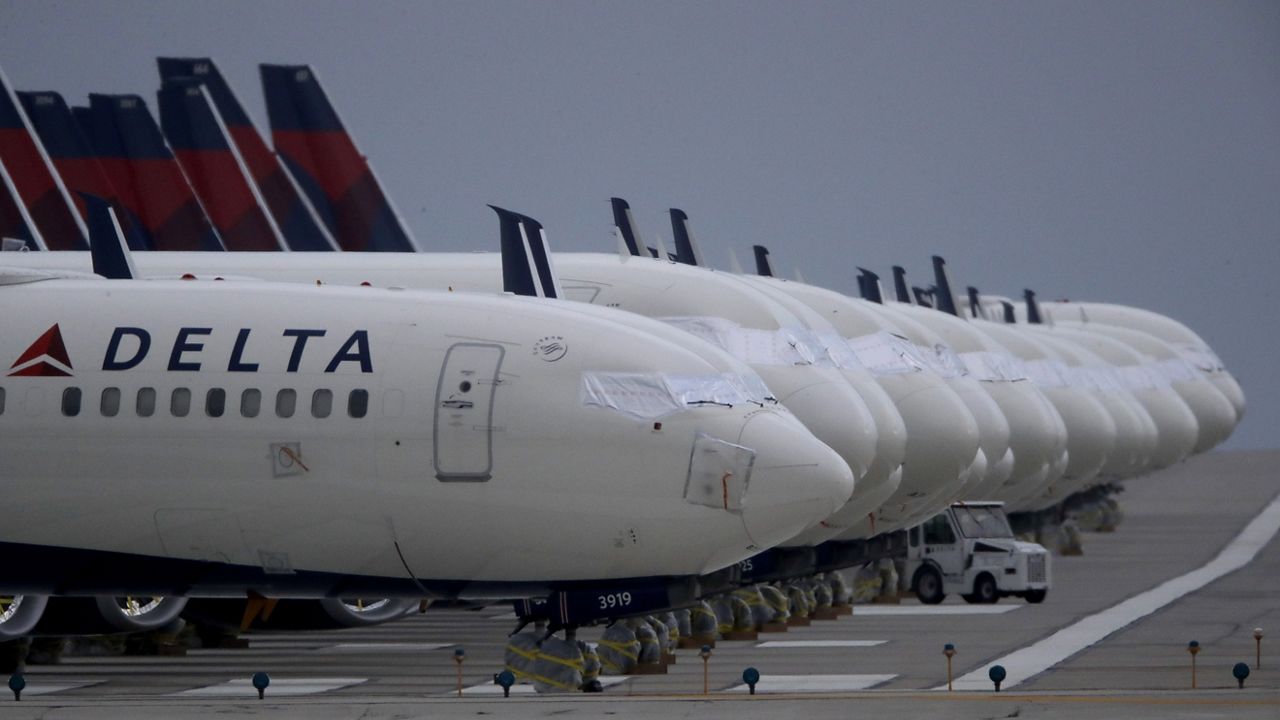 NATIONWIDE — This could be the final boarding call for the $200 ticket-change fee that has enraged so many U.S. airline travelers over the past decade.

Delta Air Lines and American Airlines said Monday that they are dropping the fee on most tickets for domestic flights, copying United Airlines’ move one day earlier.

Airlines are being battered by the coronavirus pandemic, as travel restrictions and fear of contracting the virus are keeping travelers at home. Normally in summer, 2 million or more people pass through security checkpoints at U.S. airports each day, but that number hasn’t been above 900,000 since mid-March, the early days of the pandemic.

To woo passengers, airlines have required face masks and stepped up cleaning of planes. A few, including Delta, Southwest and JetBlue, limit seating, although American and United try to sell every seat.

Wolfe Research airline analyst Hunter Keay said he believes Delta and United were considering dropping change fees even before the pandemic because they were seen as too punitive.

“This is another example of a crisis accelerating forward thinking ideas,” Keay said, adding that United could have gone further and dropped change fees on international itineraries too.

Delta and American said they have permanently eliminated change fees for all domestic flights for premium and most economy fares except the lowest fare, called basic economy. American is also dropping the fee on trips to Canada, Mexico and the Caribbean.

American said it will let all passengers fly standby for earlier same-day flights without charge beginning Oct. 1. United is making that change on Jan. 1.

Both carriers also extended temporary waivers on change fees for domestic and international flights, so ditching the fees permanently won’t make much difference to passengers right away. But by doing so, United, Delta and American are abandoning a fee that has drawn particular scorn from customers, consumer advocates and members of Congress.

The fee, however, has raised lots of revenue for the airlines at very little cost. Since 2010, Delta has raked in $8.2 billion, American has scooped up just under $7 billion, and United has scored nearly $6.5 billion just from change fees.

Airline shares fell on Monday after United’s decision and the expectation that other big airlines would be forced to ditch their change fees too. Delta and United both ended down 3.6%, American lost 4% and Southwest dropped 3.2%.

Even without change fees, plenty of other extra charges will survive. Fees for checking a bag were greatly expanded more than a decade ago. Many airlines also charge extra for seat assignments, more legroom, priority boarding and other perks, and those fees provided a growing source of revenue for airlines until the pandemic hit.