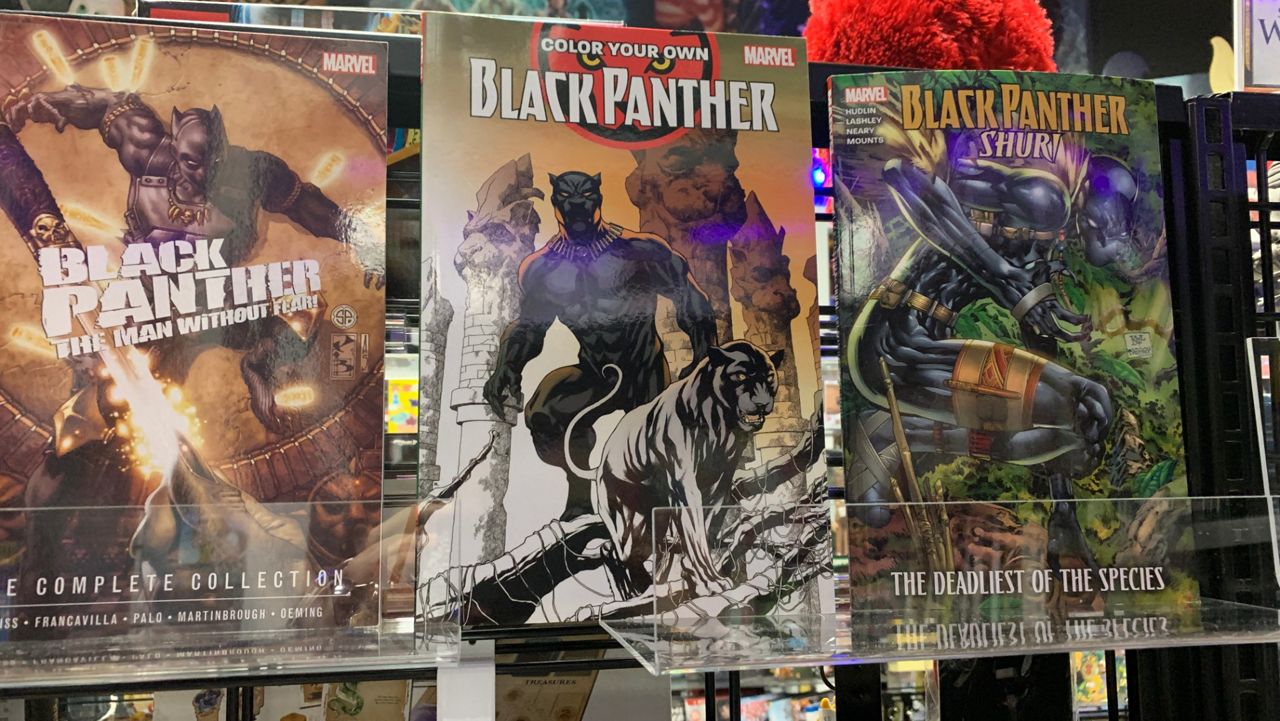 Gods and Monsters comic book store is featuring a display of Black Panthers merchandise and other creations by people of color. (Emily Braun/Spectrum News)

Boseman died Friday, after a four-year battle with colon cancer.


Gods and Monsters comic shops is featuring its Black Panther collection and images of Boseman, who store co-owner Todd Fisher calls an icon, taken too soon.

“He apparently died on the same day of Jack Kirby, Jack Kirby’s 103rd birthday,” Fisher said. “Jack Kirby was the creator of the character. It’s crazy.”

Kirby first created the Black Panther in the 1960s during the civil rights movement.

“Man, did it resonate,” Fisher said. “It resonated with an entire generation of not only fans but creators, future creators, reading this and getting empowered by these stories, and of course, no one told stories like Stan and Jack Kirby.”

“He brought such depth and honesty to the role,” Fisher said.

“I wouldn’t have expected to have been as affected by Chadwick’s death as I am,” Fisher said. “But I was balling like stupid this morning. I was a mess. I was watching old interviews with him and families, and it was beautiful to see how genuine and loving and caring he was with these total strangers.”

So he thought it would be a good idea to honor Boseman’s legacy by donating to a cause that could help pave the way for future creators to continue it.

Fisher is donating 10 percent of his entire store’s sales from Saturday to the National Association for the Advancement of Colored People (NAACP).

“That’s because they say they want to empower the next person of color to become the next hero,” Fisher said.

The store will continue its special display of Black Panther merchandise and works from creators of color, Fisher said.